It took a little while, but The Mick is finally addressing the red-headed elephant in the room. 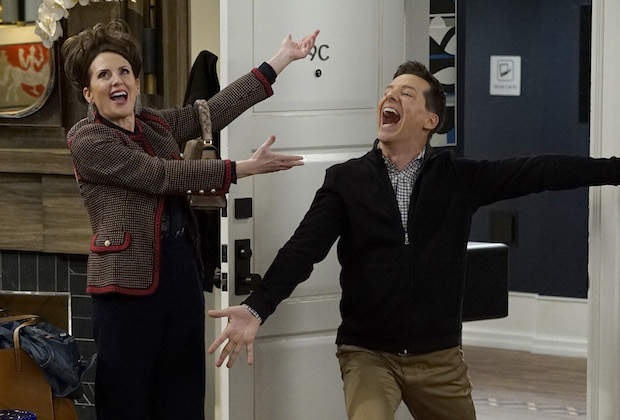 Tuesday’s fall finale (Fox, 9/8c) reveals the truth about Chip’s paternity — that he’s the product of his mother’s affair — sending him on a journey of self-discovery.

“I thought it was pretty funny,” Thomas Barbusca tells TVLine of his character’s big surprise. “Chip takes so much pride in being a Pemberton.”

But just as Chip won’t see the news coming, Barbusca admits that he was also taken aback when the truth was initially revealed during the Fox comedy’s first season finale — mostly because it wasn’t in the script.

“I didn’t even know that was a thing, I really didn’t,” he says, explaining that the line about Chip not being his father’s son was added on the spot. “When they were filming that scene, one of the [creators] said, ‘Throw this in there for this next take and that’ll be it.’ And I guess that’s what they used. But I didn’t even know until the season finale aired. I texted [Dave and John Chernin] and they were just like, ‘LOL!’ I was like, ‘No, wait, who’s his dad?!’ They left me on a cliffhanger.”

And although the Pembertons have been lying to Chip about his personal lineage, Barbusca assures us that there’s nothing phony about his chemistry with this co-stars, whom he says “feel like family” to him.

“The main thing is just chemistry,” he explains. “Sophia [Black-D’Elia] is definitely one of the closest people to me on set, like another sister to me. Kaitlin [Olson] is, in a way, like another mom — or maybe an aunt. And Scott [MacArthur] is like Uncle Scotty. Carla [Jimenez] is also great, one of the nicest people I’ve ever worked with. She’s always going out for coffee with my mom and coming over for breakfast. And Jack [Stanton] is like my little brother. I’m going to try to take him under my wing.”

Your thoughts on The Mick‘s second season thus far? Drop ’em in a comment below.