A new man has captured Burgess’ heart on Chicago P.D. — but can he hold onto it?

Sleepy Hollow alum Zach Appelman makes his debut during this Wednesday’s episode (NBC, 10/9c) as Burgess’ boyfriend Matt Miller, a federal prosecutor who has the Intelligence rookie feeling all aflutter.

“I kind of forgot, in the beginning of a relationship, how kind of giddy you are,” star Marina Squerciati tells TVLine. “I thought that was really sweet how the writers portrayed that.”

But those happy times won’t last long as the newbie romance comes up against “horrific challenges” this week. When the pair’s cases intersect, Burgess must choose between compromising her investigation or her beau’s. “I don’t know how you survive as a couple with these challenges, but we’ll see,” Squerciati says.

“It’s hard to mix romance and business, as [Burgess has] learned in the past,” adds showrunner Rick Eid. “But she’ll learn it again coming up.” 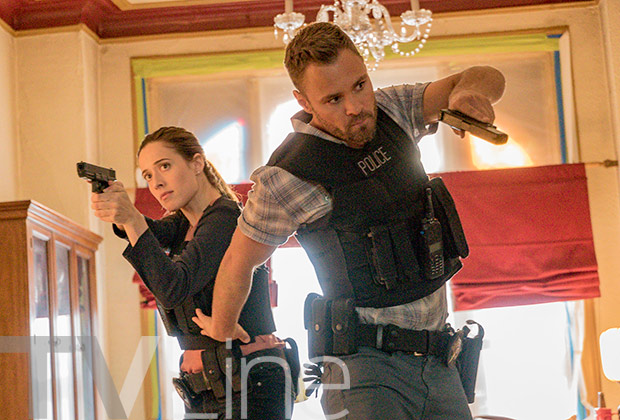 It’s also difficult when your work involves the daily presence of your ex. With Burgess moving on in her personal life, will her former fiancé Ruzek decide it’s time to do the same? Eid notes that “lots of possibilities” exist for the officer: It may be “time to move on, or maybe it’s time to get more involved, or maybe it’s time to throw [his] hat back in the ring.”

Patrick John Flueger believes that Ruzek is “jealous in his own way” of Matt Miller, but “he wants what’s best for [Burgess], and if that’s this new guy, [then] that’s this new guy,” the actor shares. “I think he supports her unendingly, and just goes and suffers quietly at home, far, far away. And he’ll probably continue to give her s–t about it.”

In the meantime, “I think Ruzek’s been out there, you know what I mean?” Flueger adds. “But I don’t think he’s necessarily looking for relationships as much as people to waste time with, if that makes sense. I don’t see him moving on from her any time soon.”

Because make no mistake, Ruzek still holds a torch for Burgess, even though the ex-couple has been broken up for a while. “I think he’s very much in love with her, and that’s going to be there for a long time,” Flueger continues. “I don’t think it’ll ever go away, whether or not she ends up in a long-term relationship or he does. I think it’s always going to be fairly heated between the two of them.”

Matt Miller also has to pass muster with another man in Burgess’ life. Press PLAY above to watch an exclusive sneak peek of Burgess introducing her new guy to her Intelligence boss, Voight.