Supernatural‘s Dean and Sam got a most unwelcome surprise this Thursday, in the form of the return of an old, “dead” foe, the British Men of Letters’ Mr. Ketch. (Mary did shoot him in the head, but this is Supernatural, so silly them — and me — for thinking he was gone.)

At first, Ketch — who is going after witches as a hunter for hire — tries to convince the Winchesters that he’s actually Arthur’s twin brother, Alexander. For real. If you’re thinking that’s too unbelievable, even for this show, you’re right, because Ketch eventually reveals that he survived thanks to Rowena’s witchy help. (That explanation is way more plausible.) The Brits discovered that she had a charm to bring her back to life — does that mean she’s alive, too?! —  so Ketch got her to make one for him. But he needs a recharge, which is why he’s searching for the redhead.

“Did it ever occur to you, Dean, that I might actually be one of the good guys?” Ketch has the balls to ask, knowing full well that he’s working with Asmodeus to track Jack. (Yep, he’s the hunter in Hell’s pocket.) Thankfully, Dean simply responds, “No.”

Ketch’s return was a shock, but was it a good one? I’m not so sure. Let’s just say the often cartoonishly evil Men of Letters were not my favorite part of Season 12.

* Michael opens the rift between worlds with Lucifer’s grace and the help of apocalypse world prophet Kevin Tran, who reluctantly serves the archangel because there’s no God. Plus, Michael is going to take him “to paradise world so I can meet hot women,” he tells Lucifer. But the rift only accommodates one person at a time, and Lucifer manages to slip through it before Michael can. 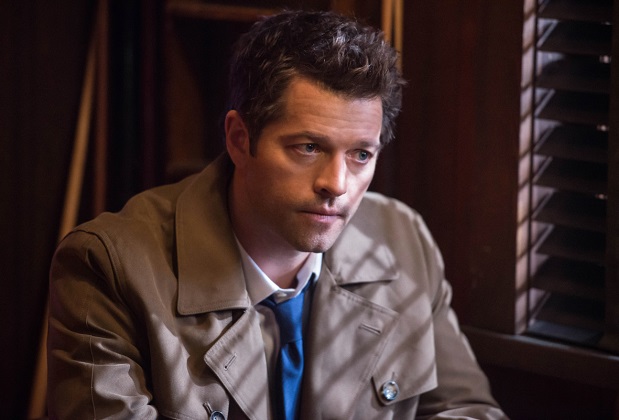 * Castiel meets up with his angel contact to find out if Jack has been captured by the heavenly creatures. He hasn’t, but the angels do want him. They’re going extinct, and they need Jack to make more angels. Just as Cas is threatened by his so-called friends, Lucifer shows up and, basically, rescues him. And it gets weirder from there: Lucifer warns Cas that Michael is coming for their world, so they need to team up — and keep the Winchesters out of it. (The brothers second-guess and whine too much for Lucifer’s liking.)

* Lucifer and Cas’ conversation is interrupted by Asmodeus, who captures the duo and then pretends to be the angel when Dean calls, so the Winchesters are none the wiser.

Supernatural fans, what did you think of Ketch’s unexpected comeback and his alliance with Asmodeus?