Cisco Ramon is flying high and one hero appears to be down for the count (or at least sidelined) in the first batch of photos from this year’s Arrowverse crossover event, airing across The CW’s Supergirl, Arrow, The Flash and Legends of Tomorrow. 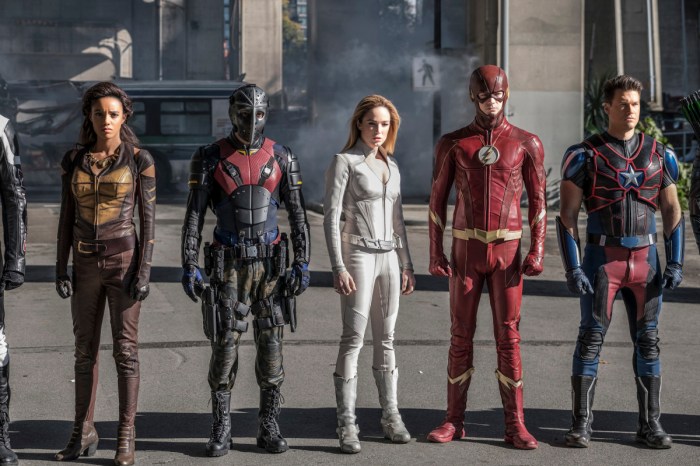 Also on display in the attached photo gallery: adversaries such as Dark Arrow, Overgirl and Dark Flash.

The crossover will unfold across two nights, beginning with Supergirl and a specially scheduled Arrow on Monday, Nov. 27, starting at 8/7c, and concluding with The Flash and Legends of Tomorrow on Tuesday, Nov. 28 at 8 pm.

Unlike previous crossover events in which you could “tell” which of the superhero shows you were watching, “This year it is a four-hour movie,” Stephen Amell told TVLine. “The note that I got when I was speaking with one of our producers is, “When you tune in… if you didn’t know what order the shows were in, you shouldn’t be able to tell.”