It’s a (rare) good week for Dean Winchester, who has two reasons to be excited during this Thursday’s Supernatural: He gets to revel in his love of Westerns for a case, plus — and this is the really good part — his pal Castiel is back from the dead. (#doublewin) 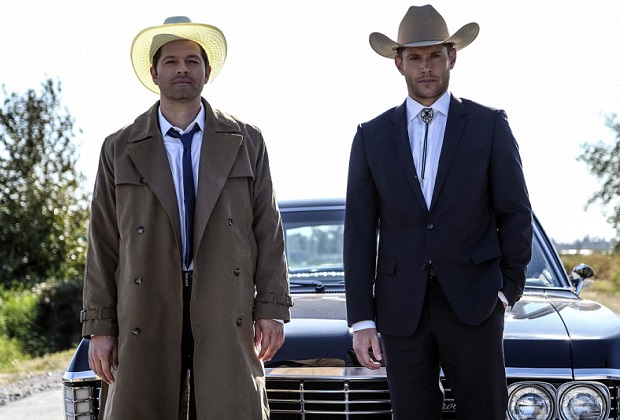 Cas’ miraculous homecoming is a big morale booster for Dean, who “has just kind of given up, so to speak,” after suffering a multitude of losses, star Jensen Ackles shared during TVLine’s recent visit to the show’s Vancouver set. “So the return of Cas has ignited that fire again. He’s got some hope and motivation to dig a little deeper, and see what we can figure out” in terms of getting mom Mary back from the apocalypse world. Because if Cas can come back from the great beyond, “then maybe there’s a few other people that shouldn’t have been written off,” Ackles added.

While Dean is “a little less questioning” of Cas’ mysterious resurrection — his thinking is more along the lines of, “‘I don’t care how it happened. We got our buddy back,'” Ackles described — his brother is skeptical.

“Sam is really looking to find out what happened and how it happened,” Jared Padalecki previewed. And “intellectual curiosity” isn’t the only thing driving the younger Winchester. “Sam still wants Mom back, and heck, if we can start calling out who we want back, I’m sure there are a lot of people Sam wouldn’t mind to bring back.”

“So I think Dean is so relieved to have that win he’s looking for, and to have his buddy back, to have our buddy back,” Padalecki continued. “Sam’s like, ‘OK, it is great, I agree. But you know” — to quote Dean — “‘the other shoe is probably going to drop.'” 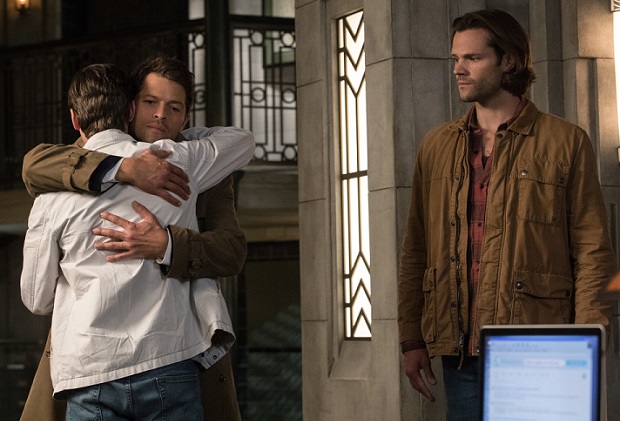 Then there’s the other big Cas moment in this Thursday’s installment (The CW, 8/7c): For Jack, getting to meet his chosen father “means everything to him,” Alexander Calvert shared. “It’s like meeting the only other alien. You’re an alien on the Earth, and you thought you were alone, but then suddenly, there’s someone who’s actually like you. I feel like they have that unique bond.”

Amid all the emotional reunions, there’s also plenty of humor and lightness when an excited Dean gets to pretend to be a Texas Ranger for this week’s case. “I think there’s a nice slo-mo montage of some snakeskin boots and a hat and the whole bit,” Ackles teased. “It’s fun to see Dean geek out,” Padalecki added. “As Sam, it’s fun to see Dean as childish.”

Supernatural fans, are you excited for Cas’ homecoming? Hit the comments with your thoughts!