Why stop at four Big Bads when you can have five? 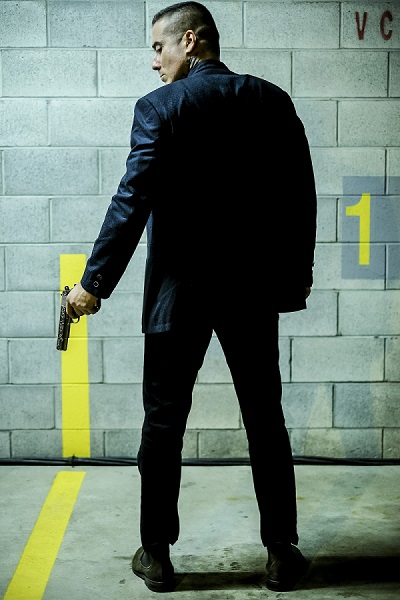 The CW series’ iteration of the character is an ex-con by the name of Ricardo Diaz, who is set on taking control of Star City’s criminal underworld. Along with possessing hand-to-hand combat skills, “The Dragon” has a “smooth” — but scary! — demeanor. “He is just a complete badass,” Echo Kellum, who plays Curtis, shared during TVLine’s recent visit to the show’s Vancouver set. “Like, he says something, and he can be as calm as possible, but you know that there’s an intense intent behind it, and that you do not want to mess with this guy. I think he’s very meticulous in the things that he does.”

Just like this season’s other enemies — Anatoly, Black Siren, Vigilante and Cayden James — “The Dragon” will have ties to a member of Team Arrow. “You really see a pretty cool connection between him and Diggle’s character,” Kellum teased.

With four formidable criminals already wreaking havoc on Star City, Diaz’s addition to the baddie mix — and the possibility of an evil team-up — means even more troubles for the heroes. “These are five extremely powerful, capable people on their own,” leading man Stephen Amell noted. “So you put them all together, and it’s really something. I’m interested to see how that dynamic plays out, because I don’t know what they’re going to get up to yet.”

One thing’s for certain: “The team is really going to have to come together and start to communicate, probably better than we have been so far with all this secrecy between us,” co-star Juliana Harkavy (Dinah) said. “We need to come together, and they need to use all of their individual strengths, because there are a lot of bad guys that we’re fighting.” 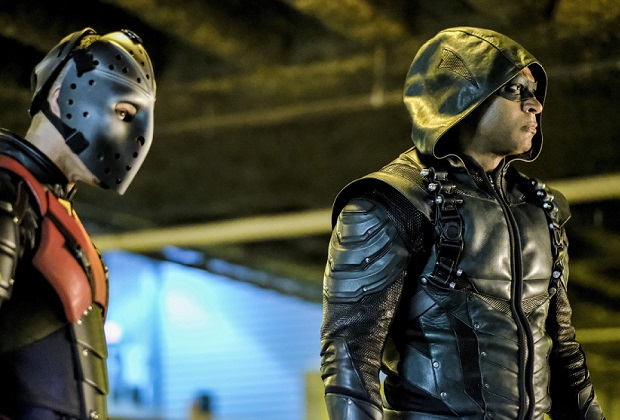 Speaking of secrecy, Dig’s illicit drug remedy for his hand tremor leads to “a situation where Diggle’s life is threatened,” David Ramsey shared. “The team has already been jeopardized by Diggle’s indecision, but it’s going to go further with his drug use. So I think he has to come clean at some point to his wife and to his team. … It all comes to a head. A tragic, tragic head.”

But perhaps Dig isn’t as good at hiding his secret as he thinks? “There are people in the team that I think do suspect,” co-star Emily Bett Rickards (Felicity) hinted. “But because their lives are so erratic and so crazy… You know, you always sort of least expect the person closest to home.”

As for the former Green Arrow’s reaction to his friend’s lies, “inevitably, Oliver is going to find out about what’s going on with Diggle and his injury,” Amell said. The ensuing confrontation presents “a really interesting opportunity to not just walk into a room and start screaming, but figure out why this person did what he did, and more particularly: Why does John feel the need to keep it from Oliver?”

Are you looking forward to the debut of “The Dragon”? Are you worried about Dig? Hit the comments with your thoughts!