Chicago P.D. is sending good guy Jay Halstead down a “dark road” this Wednesday (NBC, 10/9c) — and giving him a messy new romance!

When the Intelligence unit discovers that a crew kidnapping the kids of drug dealers and holding them for ransom includes an ex-Army Ranger (Dallas‘ Carlos Miranda), fellow vet Jay goes undercover. But what’s good for the case isn’t necessarily what’s in the detective’s best interest. 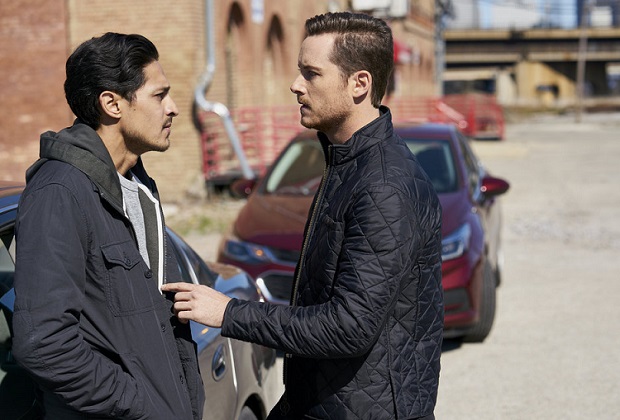 As Jay attempts “to be somebody he’s not, and try to appear like he’s in control, like he has it all together when he doesn’t,” he forms a bond with the troubled vet Luis and his sister Camila (Quantico‘s Anabelle Acosta), which leads to complications, the actor previews below.

Soffer also offers his thoughts on co-star Sophia Bush’s exit and whether Jay has come to terms with his ex Lindsay’s departure.

TVLINE | What are you getting into during this arc in terms of Jay’s background and PTSD?
What happens in the first episode of the season, when Halstead shoots that little girl by accident, that kind of opens up a floodgate. It’s kind of Pandora’s box [with] him having PTSD. He’s obviously been to war and seen the horrible sides of what that can do to a person, but this is the key that unlocks the box. We see him go down a dark path after this. There’s really no light at the end of the tunnel right now. So it’s going to be interesting for the fans to see him unravel that way.

TVLINE | Jay makes quite an argument with Voight for putting himself undercover. Why is this particular case so important to him?
I think it’s not this particular case. He sees an opportunity for a distraction. He’s really still dealing with and reeling from killing the little girl in Episode 1 [of this season], and not wanting to deal with those emotions. So anything where there’s a ton of noise going on that drowns out what’s going on in his head, he’ll take it. He sees an opportunity here to check out and to go undercover, to play a role, feel a ton of adrenaline. 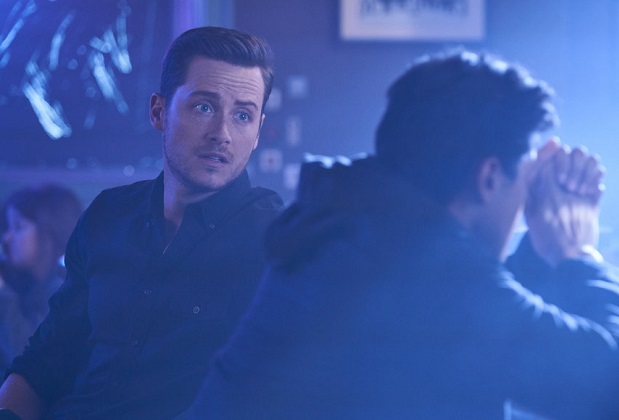 TVLINE | While Jay’s undercover, he has to form connections to get what the unit needs. How much of those connections with Luis and Camila are real, and how much are him playing the part?
I think they’re very real. That’s a lesson he’s learning, too: He maybe lets it be too real. There’s an understanding there of where [Luis] came from, and how he got to where he is. It’s just another walk of life. This guy could be Jay, had Jay not had the opportunities or the support system around him. This guy now lives a life of crime, and Jay’s a cop, but there’s a brotherhood in a way, and an understanding of who they are that makes Jay fully connect with the guy. He cares about him right away. I think he wishes he was living a different life. But that doesn’t change the fact that what Luis is doing is awful, and he has to solve the case and do what’s right. But I think he definitely wishes there was more for Luis in this life, and that connection is what gets him into trouble. We’re going to see him struggle with how to reconcile caring about Luis [with] also doing what’s right.

TVLINE | What is the nature of his relationship with Camila?
He connects with Camila, who is Luis’ sister, especially watching her go through this ordeal and what Luis has put her through. Jay lets himself go a little too far into character and doesn’t hold back, and the lines get blurred, and his emotions get involved.

TVLINE | As Jay’s going through this tumultuous experience, who is his support system?
That’s the thing — he doesn’t have one. Lindsay’s gone, his partner’s gone. That definitely did not help with the situation in Episode 1. He didn’t have anyone to rely on. He’s kind of trying to deal with all of this emotional pain on his own and muscle through it. He has a new partner. Upton’s there, and she cares, and I think she wants him to be OK and wants to be there for him, but he’s not quick to trust and doesn’t let her in. We’re watching him struggle on his own right now.

TVLINE | With him blurring the lines with Camila, does that mean Jay’s ready to move on from Lindsay? Or is he just trying to fill a void from her departure?
I don’t think it’s filling the void of Lindsay. I think it’s filling the empty space so he doesn’t have to deal with all of the emotional trauma. So he doesn’t have to deal with the PTSD and killing the little girl. He’s trying to fill up that space. Is he ready to move on? I think he’s got to worry about getting himself healthy before he’s in a relationship. Look at what he’s doing now with Camila. He’s lying to her. She doesn’t even know his real name. So I wouldn’t say he’s ready for a relationship, per se. 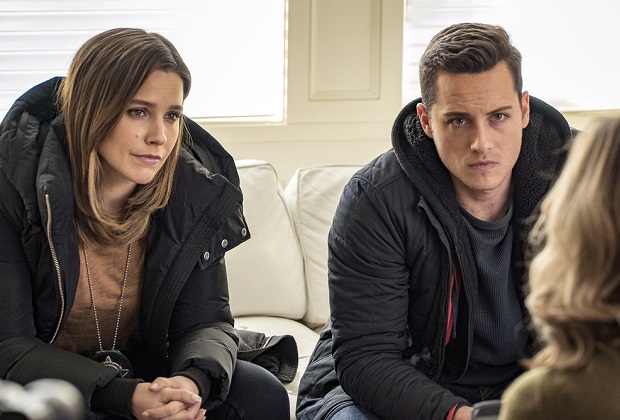 TVLINE | Do you feel like Jay got closure on Lindsay?
Sure. I think the wound is still open for him, though. That’s part of what’s playing into him going down this dark road right now. I think he feels a little lost, and he doesn’t have anything holding him down. There’s nothing solid in this life, which is interesting, because I think Hailey Upton starts to kind of hold him down and show up for him.

TVLINE | Lindsay was a big part of Jay’s life, and Sophia Bush was your frequent scene partner. How has it been adjusting to not having her around this season?
You know, it’s always sad when a cast member leaves a show. We’re a huge family, and she’s a huge part of making the show what it was. We all created something together, and so that’s always difficult. But the show must go on. That’s how it works.

TVLINE | Just last season, Jay was about to propose. Were you surprised by her departure and how suddenly it happened?
Yes. I think, last season, we were struggling with how to make a lot of things work and fit a lot of story into a short amount of time. I think Jay had the right intentions. He was trying to do what was right, but going about it the wrong way.