Thursday’s Project Runway, the last episode before next week’s Season 16 finale, presented the remaining designers with one final twist. But first, we need to talk about Kentaro. 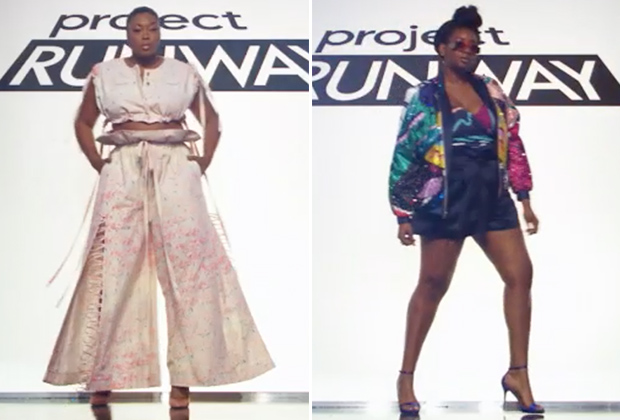 More specifically, we need to rehash Tim Gunn’s trip to Los Angeles, during which Kentaro revealed the b-a-n-a-n-a-s inspiration behind the song he composed for his runway show at New York Fashion Week: “I found a dead cat on the street. After I buried the cat, I put my ear to the ground, and this is the kind of sound I heard.”

Process this with me for a second. Kentaro was walking along one day, stumbled upon the filthy carcass of a deceased animal on the street, and his first instinct was to give it a proper burial. And his totally normal behavior didn’t stop there. He then listened to the melody being emitted by this cat’s corpse and wrote a song with it. Gunn’s stunned-yet-silent reaction to the story really tied the whole thing together.

Backing up a bit… After announcing last week that all of the remaining designers — Kentaro, Brandon, Ayana, Kenya and Margarita — would be proceeding to New York Fashion Week, host Heidi Klum began Thursday’s episode by dropping an objectively crazy bombshell on the final five: One of their journeys was about to end.

The designers were given $10,000 to craft 10-piece collections over the course of five-ish weeks, at which point they would show two of those looks to the judges, who would then determine which designers should show at Fashion Week. Aside from Kentaro’s dead cat story, the hometown visits were relatively uneventful, so I’m just going to skip over them and discuss how each of the finalists’ looks were received by the judges.

AYANA | The entire panel enjoyed Ayana’s “earthy” aesthetic, which was inspired by a visit to her hometown in upstate New York. Klum called it “very fresh and very modern,” while Nina Garcia added that it also felt “luxurious.” They unanimously appreciated that she was able to keep her looks “modest” without making it obvious.

BRANDON | Garcia referred to Brandon’s collection, which he titled “Layers of Love,” as “the female version” of him — so, naturally, the judges ate it up. Even Zac Posen, who didn’t care for one of Brandon’s tops, complimented the designs for being “crisp and precise.”

KENTARO | Here’s where the judges stopped loving everything. Garcia told Kentaro that it’s clear he’s “trying too hard” and that attempting to force cohesion through the models’ makeup — rather than, you know, their clothes — made them both look like robots. “I don’t know where this is going,” Posen said, “but I’m nervous.”

KENYA | “There are some major fit issues,” Posen told Kenya about her looks, to which Klum added that she was “not super excited about these silhouettes.” Garcia offered some words of encouragement, telling Kenya that her designs looked “very luxe,” but agreed that she had “problems of styling.”

MARGARITA | I was worried for Margarita when Posen told her that her print was “on the cusp of being hideous,” but breathed a sigh of relief when he said it feels right. Klum added that her collection is “gutsy,” while Garcia — who enjoyed the looks for the most part — reminded her that she doesn’t have to put “everything and the kitchen sink” into each outfit.

After much deliberation, Kenya was the designer chosen to leave the competition. And while I don’t agree with the judges’ decision, it’s even more upsetting that — due to Klum appearing remotely — the host wasn’t even able to give her a hug goodbye!

Do you think Kenya was the right designer booted from Fashion Week? Browse our gallery of this week’s looks — you can click here for direct access — then drop a comment with your thoughts below. (Plus, vote for the designer you want to win Season 16!)