We’ve got questions, and you’ve (maybe) got answers! With another week of TV gone by, we’re lobbing queries left and right about shows including Stranger Things, The Gifted, Supernatural and Will & Grace!

1 | Regarding the Stranger Things 2 finale, did anyone else chuckle at the parallel between its climactic sequence — involving heroes descending into a cave on a small elevator — and that of Netflix’s own The Defenders? Also, Dustin’s penchant for Dig Dug (in which creatures are confronted in maze-line tunnels) turned out to be a bit of foreshadowing, eh? 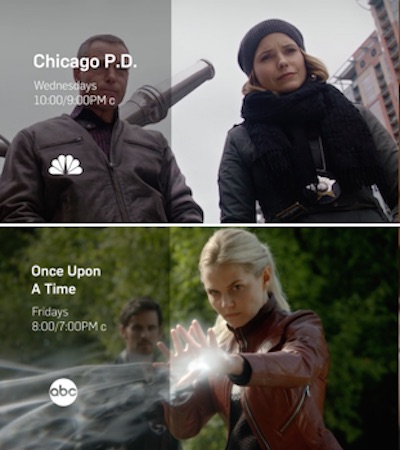 2 | Which of these Hulu pre-show bumpers is most in need of an important update?

3 | Did Saturday Night Live tarnish the legacy of the great David S. Pumpkins with that uninspired animated special? And why make it family-friendly if you’re going to air it at 11:30 pm on a Saturday, when most young children are sound asleep?

5 | TVLine reader Will asks of Star Trek: Discovery‘s Groundhog Day-like episode: “Why, with members of the crew facing death, would Stamets cave and tell Mudd everything about the spore drive when, as he knows, in a little while the crew would be alive and well once again?”

6 | Hey Netflix, how about instead of scrapping House of Cards‘ sixth season you just fire Kevin Spacey and make the show’s 13-episode swan song all about Robin Wright’s newly-installed POTUS Claire? Season 5 did end with her looking into the camera and triumphantly declaring, “My turn” so… whaddaya say?

7 | While we understand the concept of a slow burn, can Supergirl please hit fast-forward on Reign storyline so we can skip to the fun part? Also, two-plus seasons in, does Kara’s overly-detailed opening voiceover still need to account for Superman’s existence?

8 | If The Gifted‘s Reed just had the screws in his knee (voluntarily) ripped out, would he be in any condition to be darting around town? 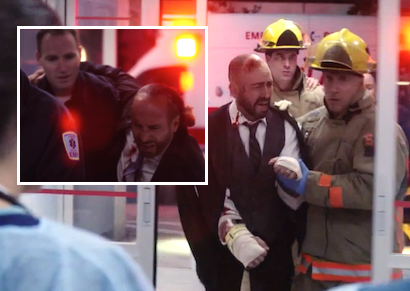 9 | Did The Good Doctor think we wouldn’t notice the same distinctively wounded extra being escorted through the ER doors multiple times?

10 | Even in 2008, would the hospital in This Is Us really have left Grandma Rebecca unattended in the nursery with all of the babies like that?

11 | What was Live With Kelly and Ryan‘s greater offense with that “Real Handmaids of Manhattan” Halloween bit: that it was tone-deaf, or that the people who put it together didn’t seem to have watched either of the series involved? 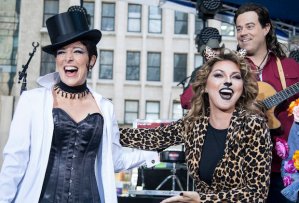 12 | Meanwhile on Today‘s Halloween episode: there was no way that Megyn Kelly didn’t really know that Shania Twain — whom she was dressed as — was going to be a guest… right?

13 | Did we miss the part where The Flash explained what happened to the mayor after Barry caught up to him in the helicopter and took his gun? Is he still in office? (Or is Joe about to find his next calling?)

14 | Did Legends of Tomorrow‘s liberal use of that rather random “Good Morning” musical sequence kinda scream “Singin’ in the Rain is cheap to get rights to”? And was the baby Dominator cute, creepy, or creepy cute? 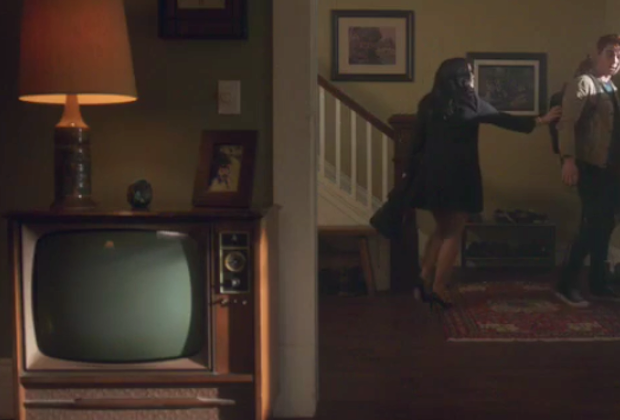 16 | Are Chicago Fire’s Stella and Severide a perfect match? Or are they way too similar?

17 | Were Young Sheldon‘s efforts to make his first-ever friend more sad than funny? And if the show is going to reference moments from Sheldon’s childhood previously mentioned on The Big Bang Theory (e.g. the FBI showing up after his attempted purchase of uranium), can the spinoff at least get the details right? (On Big Bang, Mary said he contacted a warlord in Chad, not a mining operation in Canada.) 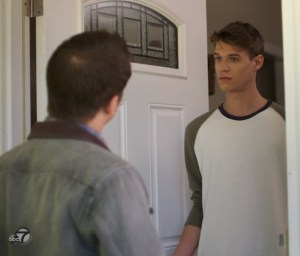 18 | Was Supernatural‘s shapeshifter ripping off his “Dean” face the grossest thing the show has done since Rick Springfield’s decaying Lucifer? And is Colin Ford, who guested on this week’s Kevin (Probably) Saves the World and once played Supernatural‘s Young Sam, now tall enough to replace Jared Padalecki should he want a break from the CW series?

19 | Given that Minnie Driver’s return to Will & Grace as Lorraine amounted to… nothing… wouldn’t it have been smarter for the show to have saved her for an occasion other than its lovely Rosario tribute? 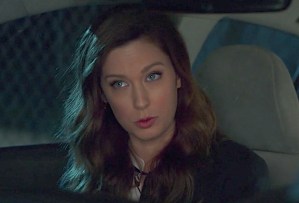 20 | After This Is Us so publicly removed a Kevin Spacey reference from Tuesday’s episode, were you surprised to hear fellow NBC series Great News not only reference House of Cards, but feature Briga Heelan’s character doing a Spacey impression just two days later? (Also, who’s now curious to watch The CW’s “sexy Mother Goose” adaptation?)

21 | Which was the bigger Grey’s Anatomy shocker — Owen making out with Carina or Amelia hooking up with Koracick?

22 | Are we supposed to be excited about Cyrus’ new relationship on Scandal? After everything he did to his ex-husbands — one of whom was killed on his order — does he even deserve a happy ending?

23 | Given how well things are going for Mom‘s Bonnie (engaged!) and Christy (passed her LSAT!), something’s bound to go horribly wrong for one or both of them soon, right? Which of the newly framed “before” pictures in the opening title sequence did you find most amusing? (And while it probably should have been done at least a season ago, were you at all surprised to see Violet and Roscoe removed from the family portrait?) 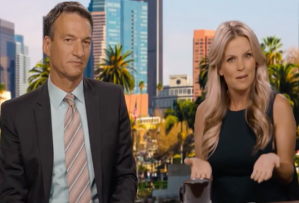 24 | Did any Better Things viewers recognize anchorwoman Kelly Packard from the T-NBC sitcom California Dreams, or are we kidding ourselves thinking there’s any audience crossover whatsoever?

25 | How to Get Away With Murder fans, help us make sense of this timeline: If Isaac didn’t know that Annalise had lost a child until Bonnie told him, then why did he mention weeks ago that Annalise is a trigger for him — before he even met Bonnie? Also, did you get the vibe that Michaela and Tegan were going to hook up during that office scene?