We’ve got questions, and you’ve (maybe) got answers! With another week of TV gone by, we’re lobbing queries left and right about shows including Outlander, The Walking Dead, Dancing With the Stars and Supernatural! 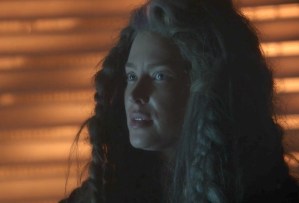 1 | Did Once Upon a Time‘s dramatic reveal of… some new witch… fall completely flat? Like, if she is (as some have speculated) Mother Gothel, why not say so and at least give us that “Oh…” moment?

2 | Given the major tease during Jane the Virgin‘s Oct. 20 episode, we must ask:

3 | Isn’t it interesting that during Justin Timberlake’s first NFL-branded interview about performing at Super Bowl LII, Janet Jackson was nowhere to be seen in the accompanying highlight reel?

4 | Given how dark Ray Donovan has been this season, how refreshing was that cooking-show dream sequence with Ray and Abby? And if we ask Showtime nicely, can they please share the outtakes with us, either online or in the Season 5 DVD?

5 | Did this week’s Outlander give The Deuce a run for its money in the bare skin department? That said, Claire was back in the 18th century for how long before someone tried to rape her? Like, five minutes? Or a full five-and-a-half?

6 | How bad a shot does The Walking Dead‘s Rick have to be that he couldn’t take out Negan when he had the chance in the Season 8 premiere? And, as TVLine reader Alex pointed out, wouldn’t the allied forces have wanted to ration their ammunition rather than waste it shattering all of the windows at the Sanctuary? 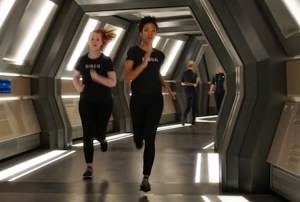 7 | Do we have this right, Star Trek: Discovery? Two hundred years from now, starship crew members will be doing their morning run in the narrow, crowded corridors of a spaceship and not in the “countryside” using some state-of-the-art VR system?

8 | When Supergirl‘s Papa Sawyer said to Maggie, “They” are “building a wall to kick us out,” who exactly was he talking about? Isn’t Olivia Marsdin (aka Lynda Carter) the POTUS on Supergirl‘s Earth, not Donald Trump?

9 | On The Good Doctor, is Dr. Murphy’s voice getting slightly more robotic/monotone with each passing episode? Also, Dylan Kingwell — the relatively unknown but supremely gifted actor playing the young patient this week — has a big career ahead of him, right?

10 | TVLine reader Becca asks, “No one at Dancing With the Stars thought ‘Hooray for Hollywood’ was a little awkward [as a theme] the week after Weinstein et al?”

11 | Who delivered this week’s best stoner act: Lucifer himself, or Legends of Tomorrow‘s Nate? 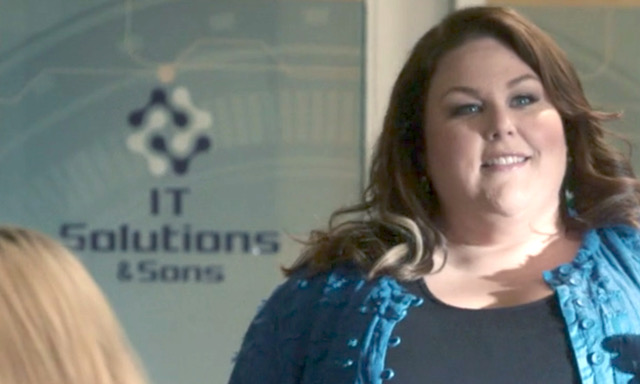 12 | Could This Is Us have at least come up with a name for Toby’s company that makes sense? Or is this just Toby’s weird sense of humor at play? Was Randall’s buckling of knees when Beth acknowledged that Kevin is a hottie (and thereby validated Deja’s crush) Sterling K. Brown’s most inspired physical-comedy bit to date? Lastly, who should be cast to play Jack’s brother Nicky in the inevitable flashbacks to come?

13 | Admit it, The Flash fans: Had you also not realized Wally went AWOL?

14 | The Mindy Project couldn’t think of another, non-Wild-related way to work Reese Witherspoon’s cameo into this week’s episode — especially after the book and movie played such a huge part in the recent Gilmore Girls revival? Also, didn’t Mindy do an admirable job of bobbing her hair with just a pair of nail clippers? 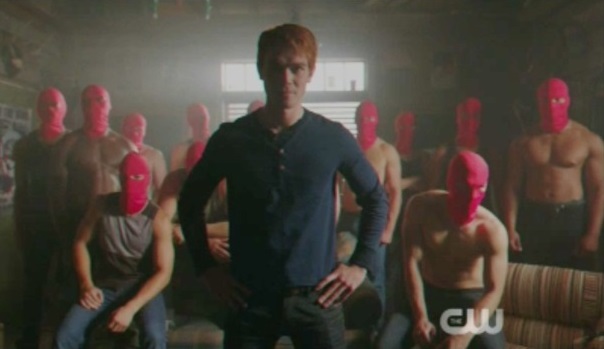 15 | Where are Riverdale‘s Hiram and Hermione constantly going in their finest attire? (Are there really that many swanky places in the small town?) Why hasn’t the Black Hood killer actually killed any of his victims, save for Miss Grundy? (Should we just call him the Black Hood Wounder, for now?) And are you hoping The CW’s next super series is a Shirtless Red Circle spinoff?

16 | Could Ryan Murphy have saved FX a few bucks by having Tatiana Maslany play all the roles in the upcoming Pose?

17 | On Superstore, wouldn’t Sal’s dead body have been found when the store was wrecked/subsequently rebuilt after the tornado? And assuming Jonah’s using Tinder, couldn’t Amy have just unmatched Kelly and avoided all that trouble?

18 | Supernatural spoiler alert! How upset are you that the show brought back Missouri (after 12 seasons!) only to kill her off? And where do you think Cas is? (Didn’t it kind of look like the space Stranger Things‘ Eleven finds herself in while “visiting” people?)

19 | Regarding Stranger Things 2’s first few episodes, can someone tell us who Nancy and Steve were supposed to be dressed as for Halloween? Also, given the volume of ’80s hits we’re treated to, fair to say half of the Season 2 budget was earmarked for music rights? Lastly, who is your favorite addition: Max, Billy, “Bob the Brain” or Dart?

20 | Did you enjoy this week’s Orville storyline the first time you saw it, as a Black Mirror episode?

21 | Will & Grace made us wonder: On what planet would a Max Greenfield, much less a filthy-rich one, need help getting laid? 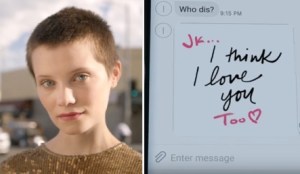 22 | Which commercial is more overplayed: iPhone’s “Strange Effect” or Galaxy Note8’s “Similau”? (Trick question! They are both played exactly 11 times per TV episode. Of every show. Every night.)