NBC’s This Is Us was a pleasant surprise last fall: a feel-good family drama that immediately won over critics and viewers. And in Season 2, the ratings have been better than ever. But four episodes in, I’m wondering if “feel-good” is still an accurate term to describe this show. Simply put: Is This Is Us too dark and depressing this season? 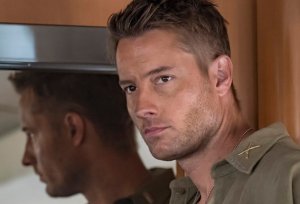 So far, we’ve dealt with Jack’s alcoholism, and learned his death is connected to a tragic house fire; we’ve seen Kevin haunted by memories of his dad and turn to prescription painkillers; we’ve watched Randall and Beth struggle with a difficult teen girl they’re fostering; and we’ve seen Kate doubt her singing talent and obsess over her weight. Oh, and Rebecca confronted her awful mother — a one-dimensional villain, on a show that’s usually great about finding the humanity in each character — about being racist and treating Randall like crap. All these plotlines have one thing in common: They’re an absolute slog to get through. (It’s hard to even find a Season 2 photo where the characters are smiling.)

Now This Is Us has always delved into tough subjects; last season featured Rebecca losing a baby, Randall suffering a nervous breakdown and Jack and Rebecca splitting up, just to name a few. But in the past, the show always found a way to add an element of hope and redemption to those tough moments, and reassured us that despite all the turmoil they’re facing, the Pearsons will end up OK. (When Rebecca lost her baby, they adopted Randall. When Randall broke down, Kevin was there to comfort him.) In Season 2, though, that element of hope is conspicuously missing… and I’m not entirely sure the Pearsons are going to be OK after all. 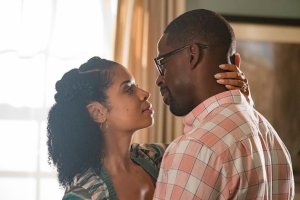 This realization hits the hardest in the case of Randall and Beth, who have long been This Is Us‘ anchor: a stable, loving couple with happy, well-mannered kids. Even the arrival of Randall’s birth father William last season couldn’t knock them off track. But the addition of erratic foster child Deja in Season 2 has thrown even Randall and Beth’s home into chaos, with ugly fighting scenes that are downright hard to watch. We haven’t learned much about Deja yet, so we don’t understand her pain, and as a result, she just comes off like an ungrateful brat. Fostering a teen with a troubled past isn’t easy, of course, and shouldn’t be portrayed as such. But in a season already overloaded with downer plotlines, it’s yet another solemn step into darkness.

It almost feels like This Is Us built such a strong reputation as The Show That’ll Make You Cry that the writers have leaned too heavily into the emotionally wrenching stuff this year, without giving us a reason to endure all of it. (Think of it this way: If you took a list of This Is Us‘ top cry moments and just watched those scenes all in a row… you wouldn’t want to watch that show every week, would you?) And the decision to make Jack’s death a multi-season mystery feels more and more like a narrative miscalculation; it only serves to keep a dark cloud of unresolved grief hanging over nearly every scene.

To be clear, the actors are still phenomenal. (As Beth, Susan Kelechi Watson is proving she deserves an Emmy to match her TV husband Sterling K. Brown’s.) But they can only do so much to keep us engaged in a show that keeps kicking its characters while they’re down, and then kicking them a few more times for good measure. I’ve been desperately searching for a fun, upbeat storyline in Season 2 so far — something to hang on to and root for — and I’ve come up empty. Yes, last week’s reveal that Kate is pregnant was a welcome bit of joyful news. But what does it say about Season 2 that my first thought was, “Oh no… what terrible thing is going to happen to her baby?”

What do you think: Is This Is Us too depressing this season? Vote in our poll, then hit the comments to share your thoughts.