Before we dive into Night 3 of The Voice’s Season 13 Battles, perhaps we should address a mini-controversy: Am I grading on a curve? On one hand, maybe, since I’m comparing, say, Davon Fleming to Dave Crosby and not Bruno Mars. On the other, not really. The reason I end up handing out so many decent-to-good grades isn’t a curve, it’s that none of these singers are really D or F bad. The Voice doesn’t trot out William Hung types, so I kind of have no need for failing grades. That settled, let’s move on to Monday’s battles, shall we?

Team Adam: Jon Mero (Grade: A-) defeated Brandon Brown (Grade: C-) on “I Wish It Would Rain” | Brandon might not have sounded quite so lackluster on the Temptations classic, had he not been paired with Jon, who outshone him at more or less every turn. Sure, the latter’s stage presence can sometimes devolve into cheesiness, but his raw talent and polish are undeniable. He has both the voice and the charisma to go the distance. By contrast, Brandon struggled right and left, made little impression on stage, and hit so many bum notes, he would have fit right in on a sing-along in my car.

Team Blake: Red Marlow (Grade: B) defeated Ryan Scripps (Grade: B-) on “Fishin’ in the Dark” | In rehearsals, Rascal Flatts suggested that Ryan needed to come out of his shell more. He also sounded a lot less twangtastic than did his rival. Red, meanwhile, paid lip service to worries that the CrossFit instructor would work the stage better than he would. On stage, Red made it obvious that that concern had only been lip service by showing a good bit more personality than his rival did. Together, they sounded terrific. Separately, they sounded just good, with “country-as-cornbread” Red making the bigger impression. 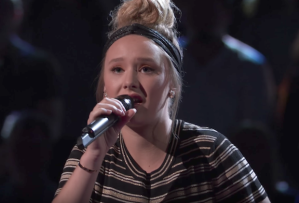 Team Miley: Karli Webster (Grade: A) defeated Addison Agen (Grade: A-) on “Girls Just Want to Have Fun” — Addison stolen by Adam | Now this was a battle! The teammates’/rivals’ somber rendition of the Cyndi Lauper gem sounded so good, I would have advocated for keeping them both in the competition as a duo. But if forced to pick a winner, I’d go with Karli. Her voice was as smooth as coffee creamer, and when push comes to shove, I prefer it to her competitor’s. Though Addison’s vocals are arguably more unique, that strangling-extra-notes-out-of-words technique she applies seems destined to grate in the long run.

Team Jennifer: Shi’Ann Jones (Grade: B+) defeated Stephan Marcellus (Grade: A-) on “Oh! Darling” — Stephan stolen by Miley| Having forgotten the lyrics at the top of his Blind Audition, Stephan came to the Battles with something to prove. But given how humongous Shi’Ann’s voice is, it seemed doubtful that he would. On stage, the teen started off singing in such a low register, I wasn’t sure it wasn’t Stephan. Mind you, he wasn’t going to go down without a fight — he absolutely slayed, performing with as much power and polish as Jon Mero but none of the cheese. He also turned up the charisma to 11. Shi’Ann was still extremely good, but the key of the song did her no favors. 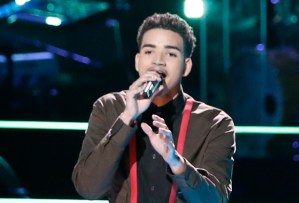 Team Adam: Anthony Alexander (Grade: B-) defeated Michael Kight (Grade: B) on “I Feel It Coming” | In rehearsals, Anthony’s inexperience showed a bit, but his voice nonetheless was so much more interesting and memorable than Michael’s. (And it had better have been, considering I named Anthony’s audition Season 13’s Best of the Blinds.) Which isn’t to say that Michael sounded bad — he sounded fine and like he knew what he was doing. But how often do you race to iTunes to download a song by “that guy who sounds super competent”? On stage, Anthony could have used some of Stephan Marcellus’ swagger, and Blake nailed him on pitch issues. However, I still would have picked him over Michael, who, though technically better, just sorta faded into the woodwork.

Team Miley: Janice Freeman (Grade: A) defeated Katrina Rose (Grade: A-) on “W.O.M.A.N.” — Katrina stolen by Jennifer | Janice hit the stage breathing fire, leaving Katrina for a moment to play catch-up. Spoiler alert: She did, serving total Janis Joplin realness and challenging her teammate to not let up for a second putting on the kind of show that makes you wanna hit “rewind” to make sure you hadn’t imagined it was as intense as it was. As Adam put it, the two of them “ripped the roof off of the house,” singing like they were possessed. (Katrina threw herself into it so hard, Blake wondered how she hadn’t pulled a muscle during her performance.) They were as much fun to watch as to listen to.

So, who did you think gave the best performance in Monday’s Battles? Vote in the poll below, then hit the comments.