Sophia Bush is finally weighing in on her abrupt exit from Chicago P.D., confirming on social media that it was in fact her decision to leave the #OneChicago family.

Responding to a comment made on an Instagram post touting her new pilot deal, Bush strikes down the idea that the decision to leave the NBC procedural was made for her. She also insinuates that she decided to leave long before her final appearance last spring.

“Took me a long time and a lot of hard work to get out of that show,” the actress said. “I left because I wanted to. End of story.” 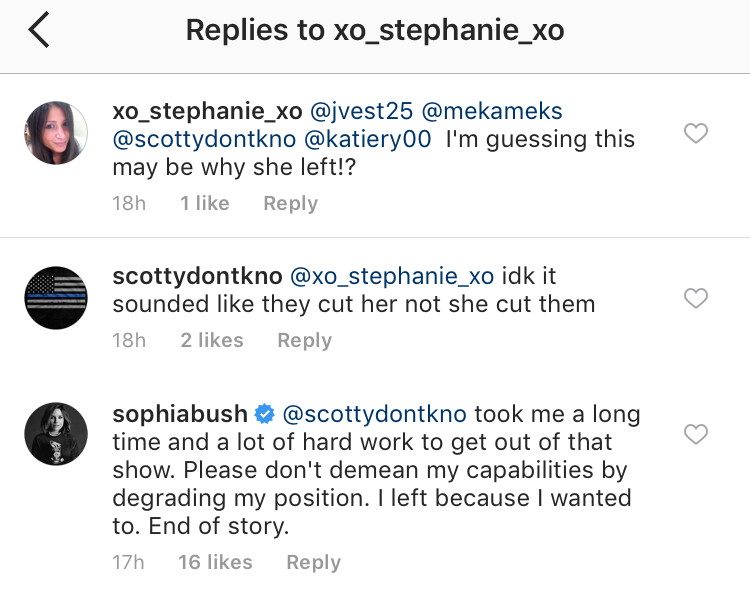 Back in August, #OneChicago uberproducer Dick Wolf first indicated that it was Bush’s decision to exit P.D., telling reporters at the Television Critics Association summer press tour that she “wanted to leave.”

Bush departed Chicago P.D. after four seasons this past May when her character, Det. Erin Lindsay, left to take a job with the FBI in New York. On Oct. 19, she signed a deal with 20th Century Fox to headline a new series and develop projects on which she will serve as an executive producer.