“Here’s some advice for your next challenge,” Heidi Klum told the remaining six designers atop Thursday’s Project Runway. “Proceed with caution.” 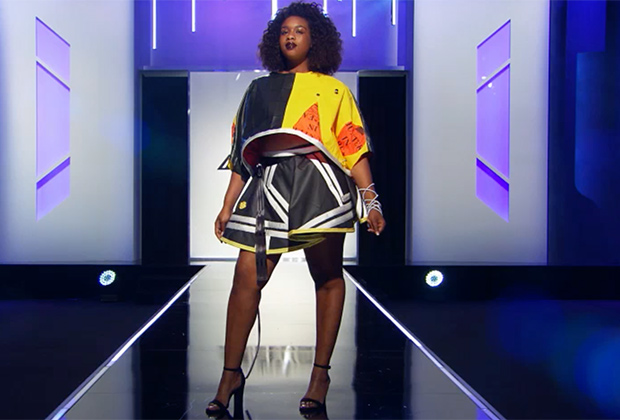 Heeding the host’s cryptic prophecy, the designers met Tim Gunn by the water, where he revealed this week’s challenge: “We want you to think outside of your safety zone and deliver looks that do not conform to the rules.” In other words, the designers had one day to slap something together using traffic cones and police tape and all sorts of other non-fabrics. Spoiler alert: Everyone was pissed.

With the twins finally gone from the competition — I assume some sort of sage-burning ritual was performed afterwards to expel their negative energy — there was a noticeable absence of designer-on-designer drama in the workroom this week. Tensions still ran high, what with Kenya worrying that she didn’t have enough material and Kentaro not being able to pronounce the phrase “junk in the trunk,” but at least everyone was able to focus on their own work.

There wasn’t even a lot of drama on the runway, with Klum beginning the critiques by telling the designers, “There’s nothing really there that we don’t like.” (Zac Posen and Nina Garcia didn’t quite agree with her.)

The winner of this week’s challenge was Ayana, who blew the judges away with her “sleek, modern, over-the-top” gown. Garcia even said it looked like the model was on fire — which is appropriate, considering this dress looks like something from The Hunger Games. 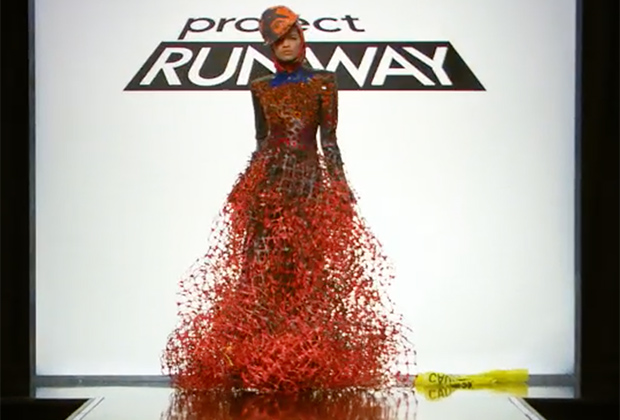 But not everyone received such high praise from the judges. Michael‘s look (pictured left) was called “cheap,” “tacky” and “hooker-ish” by guest judge Carly Chaikin, while Kentaro’s ensemble (right) was likened to a “basic” Native American costume. 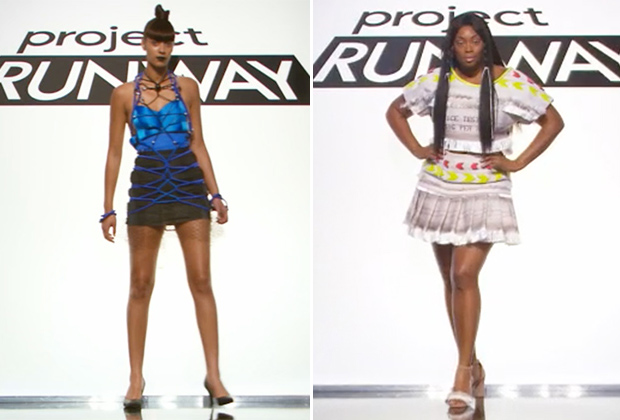 “I appreciate all of the time that I’ve had here,” Michael told the judges. “I’m disappointed to be leaving the competition, but the fact that I made it really far and I made amazing connections with the rest of the designers … I’m just really honored to have been on the same platform as all of them.”

Do you think Michael was the right designer to go? And which of the five remaining contestants has the best shot at winning? Browse all of this week’s looks in our gallery — you can click here for direct access — then drop a comment with your thoughts below.