Elliot went corporate this week on Mr. Robot in an effort to clean up the mess he made… while one key character paid the ultimate price. 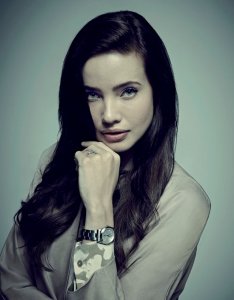 Before we get to Elliot: Joanna Wellick makes her Season 3 debut with a talk-show appearance, taking a victory lap after E Corp’s Scott Knowles was arrested for his wife’s murder — remember, Joanna framed him last season — and insisting Tyrell is “the only man I’ve ever loved.” But that proves to be a costly confession: Her bartender ex Derrick, drunk and angry that she never loved him, tails her SUV and threatens to expose the truth. Joanna’s driver Mr. Sutherland beats Derrick up, telling him: “If you retract your statement, you will die.” But Derrick pulls out a gun and shoots him, and then turns the gun on Joanna, killing her — with her newborn baby crying beside her, spattered with blood.

(Feels like a shame to bring back a great character like Joanna just to kill her off, doesn’t it? Oh well. We’ll miss that kinky Danish enigma.)

Meanwhile, Elliot is transforming into a happy little corporate drone, joining the E Corp ranks as a lowly security analyst and working to recover the data he helped destroy. But once a hacker, always a hacker: When his boss won’t listen to his warnings about how vulnerable E Corp’s data is, Elliot just hacks into his account and gets him fired by handing incriminating files from his computer to the FBI. Another boss doesn’t listen; he’s out, too. (Elliot’s like a corporate assassin!) Meanwhile, he alters shipping orders to keep the paper files out of the building Stage 2 was planning to blow up. He finally finds a female boss who will hear him out, and she promises to take his concerns to E Corp’s VP of technology. 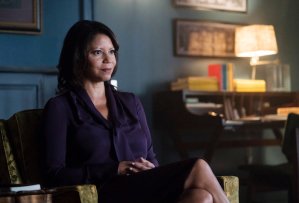 But Elliot’s still crippled by a nagging depression, despite all the Zoloft, and returns to his old therapist Krista for help. (Hi, Krista!) He tells her he hasn’t seen Mr. Robot in a while — but we know, and Angela knows, that he’s still very much around. Elliot’s been avoiding Darlene, too, since seeing her seems to bring out Mr. Robot in him. But he fondly recalls building a snowman of Home Alone‘s Kevin McCallister with her as kids, and since it’s his birthday (he forgot), he meets Darlene on the Coney Island boardwalk. She tells him she’s leaving town, going to crash with a friend upstate, but he begs her to at least spend the night at his place: “I don’t want to be alone.”

What he doesn’t know, though, is Darlene’s been cooperating with the feds. Dom and her boss press Darlene for information about Elliot’s relationship with Tyrell, but Darlene pushes back, claiming they don’t even know each other. (To prove her wrong, the feds play her the “Bonsoir, Elliot” phone call from last season.) She feels pressured to give them something, so while Elliot’s sleeping, we see her messing around with his computer. He catches her, grabs her violently and demands to know what she’s doing… and suddenly, there he is — Mr. Robot. 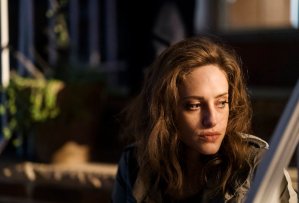 Darlene shoves him away and runs out, but Elliot wants to get to the bottom of this: He asks Krista to talk to Mr. Robot. He closes his eyes, and when he opens them, he’s Christian Slater. He’s suddenly belligerent with Krista, accusing her of trying to destroy him and ranting that “she compromised us.” When he switches back to being Elliot, he doesn’t remember anything, and doesn’t know who compromised who… until he checks his computer. Darlene planted a device that lets the feds monitor Elliot’s computer activity, but Elliot tricks an FBI agent into downloading a file, allowing him to trace the device… to Darlene’s safe-house hideout. Thanks a lot, sis. 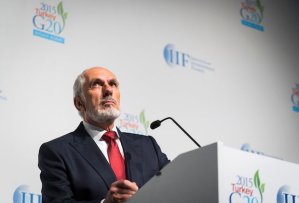 IS THE PRICE TOO HIGH? | We also see Phillip Price for the first time this season, addressing an economic forum and pushing E Corp’s new E Coin currency. He complains about China siding with bitcoin instead: “They’re starting a currency war.” Privately, he urges Whiterose to make China fall in line, reminding her that he’s pushing the UN to let China annex the Congo in return. But Whiterose snaps at him, threatening to put a bullet in Angela’s beautiful blue eyes and warning him: “Don’t mistake my generosity for generosity.” Then she orders Stage 2 to go forward on the day on the UN vote, whether the annex gets approved or not: “It’s time Phillip Price’s hand got slapped.”

* Grade-A retro musical cues this week: INXS’ “New Sensation” during that thrilling opening sequence with Elliot at E Corp, and Roxette’s “Listen to Your Heart” (ironic!) during the Joanna death scene.

* Mr. Robot not only yelled at poor Krista, he hit on her, too: “For a shrink, you’re kind of foxy.” (And Rami Malek did a decent Slater impression, didn’t he?)