If you thought Project Runway would become less dramatic once those cheating allegations were cleared up, you were… absolutely right. 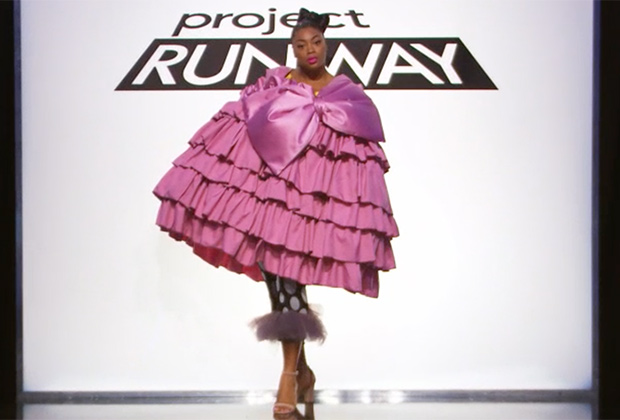 “Since the twins left, this is like a whole new place to work in,” Margarita said on Thursday. “This is exactly how it should be all the time.”

And it’s a good thing the designers were able to focus, because this week’s challenge — to create an avant-garde look inspired by one of eight young girls’ favorite Shopkins characters — was no easy feat. Some girls wanted glitter. Other wants to bows. And one, in poor Brandon’s case, wanted the entire dress to look like it had been dipped and/or drizzled in chocolate.

Needless to say, Brandon — typically Mr. Zen in the workroom — admitted to being scared about how his look was going to turn out. But one designer who had nothing to worry about was Michael, who effortlessly created this disco-inspired look and won the challenge: 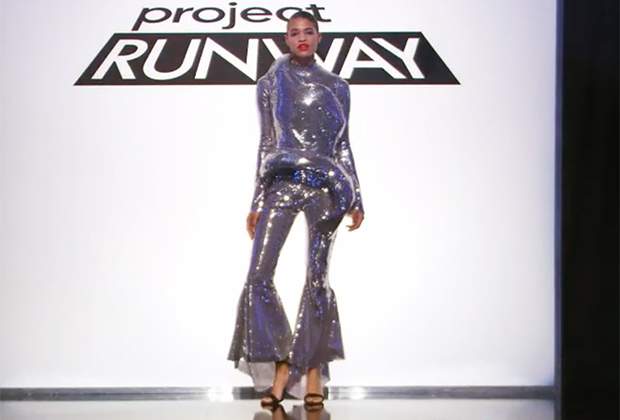 But this is Project Runway, where not everyone is a winner. In fact, this week, two people were losers — Amy (left) and Batani (right): 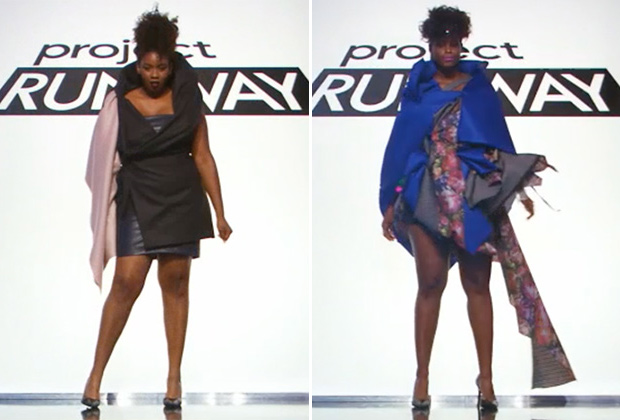 It must have been super awkward for Batani to be eliminated twice in one week — don’t forget that if Claire hadn’t been caught cheating, it would have been Batani who said goodbye — but the judges were right when they said it looked “unfinished,” like it was “falling apart.” And when you consider that Batani went into this challenge aiming to prove she could “make a comeback,” her elimination becomes even more of a bummer.

As for Amy, the writing — or, rather, the editing — was on the wall all night. She was constantly reminding us (via confessionals) that she didn’t feel prepared, and she even said that she spent most of her client-time playing because the little girl reminded her of her own daughter at a younger age.

Kenya put it best when she said, “In this game, you never know. No one is safe. No one is off-limits.” As the twins would say, “Indeed.”

Do you think the right designers were eliminated this week? Which looks were your favorites? See them all in our gallery — you can click here for direct access — then drop a comment with your critiques below.