As The Voice’s Season 13 Blind Auditions drew to a close Tuesday, coach Miley Cyrus made a big to-do about her hopes of rounding out the show’s first-ever all-female team. But the chatter might have been just a distraction technique, as she was stealthily assembling the season’s strongest lineup, including standouts Ashland Craft and Moriah Formica. Do you think Miley’s got the crew to beat? Before you size up the coaches’ rosters in the comments, let’s review the final group of singers advancing to next week’s Battles and see if the erstwhile Hannah Montana managed to make Voice herstory.

Kristi Hoopes (Team Blake), “Heaven, Heartache and the Power of Love” — Grade: A- | The self-proclaimed “hippie chick with twang” had a lot more going for her than her twang or that (seemingly) AHS: Coven-inspired outfit. She sang with glorious clarity, actually doing justice to the Trisha Yearwood hit. Polished and promising. (And yeah, yeah, you can say that that grade is inflated, but what can/should I do? A) I dug the performance, and B) I couldn’t find diddly wrong with it to knock it down a letter.) 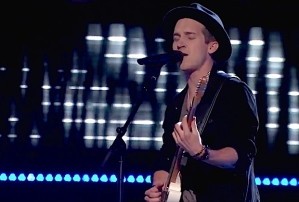 Michael Kight (Team Adam), “Sugar” — Grade: B- | The native of Dublin, Ga., said before his performance that his speaking voice often fools people into thinking he’s a country vocalist when, in fact, he’s a pop guy. Certainly, nobody could be confused after hearing him sing. His slow-jam reinvention of the Maroon 5 smash was sweetly soulful. Not revolutionary perhaps, but creative. And, though his falsetto isn’t the strongest of Season 13’s competitors’, it might see him through the Battles, at least.

Jeremiah Miller (Team Jennifer), “Slow Hands” — Grade: C | The 18-year-old wrestler prayed before his performance with his folks, then got on stage and sang — pretty convincingly — like the naughtiest kind of sinner. Whatever works? He’s not the world’s greatest singer, but he’s no Mark Isaiah, either. (Sorry to pick on Mark, but I still can’t believe he lasted as long as he did last season.)

Megan Rose (Team Miley), “Ode to Billie Joe” — Grade: B- | Also working a country-by-way-of-Coven look, Megan started off her Bobbie Gentry cover sounding perfectly… eh, OK. Clearly, she can sing, but to me, there wasn’t anything “interesting” about her voice. If she wasn’t among the last female vocalists trying out, I doubt Miley would have made such a fuss about recruiting her. 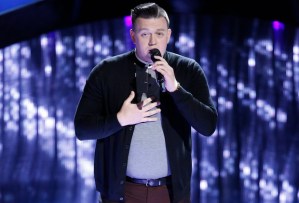 Gary Carpentier (Team Adam), “Home” — Grade: C+ | The 26-year-old fan of “older-style” singers sounded at first like he was dealing with a phlegm issue. Once that was cleared up… actually, it didn’t get a whole lot better. Maybe it was just the shock of getting Adam’s chair to turn. (I’m sure I’d choke, too.) Gary definitely has potential — if he can get ahold of his nerves, his voice could be lovely and smooth — it just wasn’t realized here.

So, which coach do you think assembled the strongest team? Vote in the poll below, then hit the comments.