In Season 1, the Legends of Tomorrow battled Vandal Savage. After that, they got dogged by the Legion of Doom. Now, in Season 3 (premiering tonight at 9/8c, on The CW), yet another wild mission stands before them.

TVLine spoke with co-showrunner Marc Guggenheim about the Legends fixing what they done broke, the addition of some new faces and the joy of “taking the piss out of” its world-saving heroes.

TVLINE | As fun as “rebooting” Legends each season is, are you starting to find it’s difficult?
This year, maybe more so than other years on our shows, I feel like there’s a challenge to provide something new but at the same time not change so much that people aren’t finding the things they loved last year. In the case of Legends, we always say that there’s a line where shows “jump the shark” and Legends lives two inches in front of that line. As long as we’re always flirting with disaster and going too far, that’s where the show is at its best. If you maintain that element, you can actually mix up all the other elements and it still feels like the show. With Legends, the approach this year was to take everything that worked last year and double down. To go further with it, push the envelope, make it zanier. Last year, we lived maybe five inches from that Jump the Shark line, and now we’ve moved up three inches.

TVLINE | Would you say that Arrow is more about the hero reacting to what’s happening to him, whereas Legends is about them reacting to what they are doing?
Definitely. Both shows have an overarching season mythology, but certainly you’re right. A lot of the currency of Arrow comes form things happening to Oliver, and a lot of the currency of Legends is things that the Legends do to screw something up. I always say that Legends, both in dialogue and in the title, is meant ironically.

TVLINE | The “Legends” of Tomorrow.
Exactly, with quotes around it.

TVLINE | Season 3 is about fixing anachronisms created by the events of the Season 2 finale. To help crystallize that idea for readers, can you give an example of one “wrong” they’re going to right?
It’s about people, places and things that are displaced in time, and the example I am using — and we may do this episode, we may not — is Genghis Khan showing up in 1980s Wall Street, where we do a literal “Wolf of Wall Street.” Or like in the season premiere, Julius Caesar is displaced and ends up where he shouldn’t be [in modern-day Aruba]. It’s the fun of not just the fish out of water but us trying to get the fish back into water, and “What damage did that fish do while it was out of water?” A lot of what makes Legends fun and unpredictable is we usually have some sort of problem or issue to solve in the first act, but our attempts to solve it create new problems, or new problems organically arise from the first problem…. The episodes of Legends that work best are the ones that end with a very, very different problem than the one it began with. 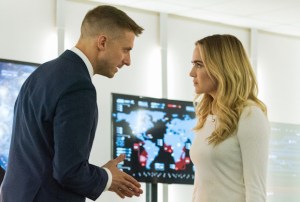 TVLINE | Will Rip (played by Arthur Darvill) and his newly formed Time Bureau do more than finger-waving, and be more of an adversary?
They’re going to be a lot more adversarial. One of the many, many, many lessons we learned about Season 1 is Rip’s role was very finger-waving, and that didn’t work for us because the show is all about having fun. We want the audience to have fun, and the characters in their own way are having fun. If you have one character saying, “No, no, no, don’t have fun…”

TVLINE | I’m not going to like that person.
It’s like saying, “Don’t like the show.” So the model that we always reference in the writers’ room is [the Time Bureau] is the Beverly Hills police department — they’re also solving crime, they’ve got the gleaming headquarters and the fancy uniforms, and they turns sharp corners — and our characters are Axel Foley. It’s the fun of that antagonistic relationship.

TVLINE | What can you say about Jes Macallan’s (Mistresses) role within the Time Bureau?
We love Jes. We had a lot of people come in and read for this role. It was important for us to have someone who represented the Time Bureau in addition to Rip, because Arthur is recurring this year but also Rip brings with him a certain amount of baggage. We wanted someone to just come in and really create sparks with our characters, and she’s great. You’ll be meeting other members of the Time Bureau as well, but we’re very, very lucky to have Jes. 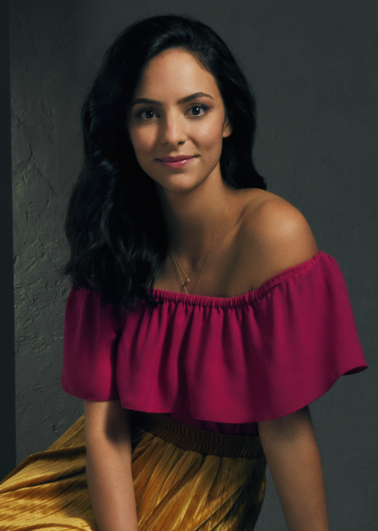 TVLINE | What does Tala Ashe’s character — Zari, a Muslim hacktivist from the year 2036 — bring to the show that was perhaps missing?
Certainly another female voice. We’ve always said that the show is very male-centric. Maisie [Sellers’ Amaya] was a wonderful addition to Caity [Lotz’s Sara], but we lost Kendra [at the end of Season 1] so in terms of number of women it was a bit of a push. We wanted to add another woman, and the idea of a character from the future was really interesting to us, because fundamentally our heroes are running around saying, “Every season we save the world!” and she’s like, “Well, I’m from the future and I’m here to tell you that you didn’t do a very good job!” What’s fun about Zari is that because she’s from the future and because she’s a little too cool for school, she kinda takes the piss out of our heroes. She’s like, “Legends? Really?”

TVLINE | How will Damien Darhk and Leonard Snart (Neal McDonough and Wentworth Miller) throw a wrench into the mix this time around?
I can’t really talk too much about Leonard… but Damien’s really interesting because this is a Damien Darhk that’s very different from last year, from the one who hadn’t been through all the decades of life and particularly the season of Arrow where he got defeated. [This Damien] not only got killed, he lost the love of his life, his daughter…. Things didn’t end so well for him, plus he also has a wealth of experience now under his belt that he’s going to be able to bring to bear. And he also uses magic now.

TVLINE | Lastly, what new or amplified dynamics might we see this season between characters?
I’ll start with the stuff from last year that were carrying forward because it worked very well. We have always enjoyed the relationship between Amaya and Rory (Dominic Purcell) — “the woman with animal powers who can sort of control the beast.” We’re also going to be exploring not just the Nate/Amaya relationship but the effect that Amaya’s discovery that she has this destiny has on it — that’s going to come back in a really big way, and is a fun thing to play. And we’re doubling down on the burgeoning bromance between Ray and Nate, because those two guys are fun together. We’re playing a lot more of that partnership than we did last year.