Season 3 of The CW’s Supergirl is readying for takeoff (tonight at 8/7c), but before you reconnect with Kara, Alex, J’onn et al, there are just a few more things showrunner Andrew Kreisberg wants you to know.

TVLine hopped on the phone with the EP to get his latest read on the new season, its pleasant surprises, new romances and the emotional episode they hope will be “well-remembered.” 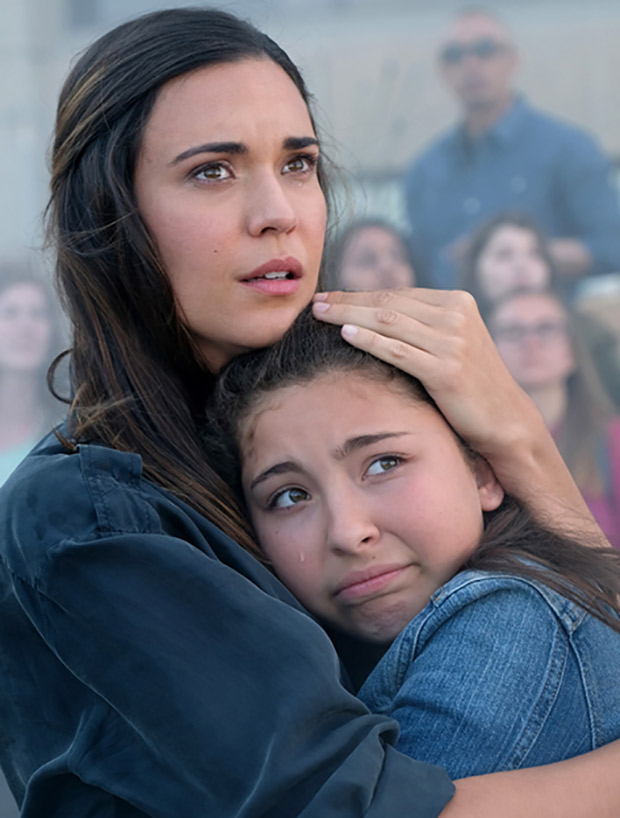 TVLINE | You’re about a third of the way through the season now. What has you most excited?
The thing we’re all excited about was Odette [Annable]’s story, as Samantha. So many times on these shows, the Big Bad of the Year shows up at the end of Episode 1 and goes, “Mwah-ha-ha!” or they show up in the mideason finale and say, “I’ve been pulling the strings all along!” [On Supergirl or The Flash] we’ve never watched someone become the villain, and we have so fallen in love with Sam and her daughter Ruby (played by Emma Tremblay), seeing how they interact with the rest of the cast and how they fit in…. That to me is the most exciting thing that’s running parallel to everybody else’s stories, and it’s obviously all going to come to a head.

TVLINE | Just looking at the stills of Samantha with her daughter, we’re obviously going to empathize with this character more than any villain prior.
Oh, we’ve watched cuts of the episodes and looked at each other like, “We’re the cruelest people ever” because of what we’re going to do to these poor people. [Laughs]

TVLINE | If Season 1 was about Kara (Melissa Benoist) learning to be Supergirl, and Season 2 was about her learning to be Kara and Supergirl….
I would say that Season 3 is more about Kara going, “Screw Kara!” [Laughs] Really our theme for this season is, “Am I human or am I an alien?” Most of the characters are dealing with that same theme. J’onn (David Harewood) is wrestling with this realization that as much as he thinks of himself as an alien, he’s actually been here for a really long time, and he’s a lot more human than he had thought. And then you’ve got Sam who, we will realize is the baby in the pod [from end of Season 2 finale], and just as much as Kara is rejecting her humanity, Sam is going to be fighting to hold onto hers. Kara herself is thinking, “I tried to have this regular life by being a  reporter and having friends and having a boyfriend,” but having it all is just leading to pain and agony. The one thing I can be great at is being Supergirl, but she’s starting to question what she’s losing by pushing people away.

TVLINE | What counsel does Alex (Chyler Leigh) offer her sister?
She has a great line in the premiere: “Kara Danvers has saved my life more times than Supergirl ever has. So think about that while you’re trying to get rid of her.” So much of last season was about Alex’s journey, her finding herself, and she’s gotten to a really good place about herself and how she feels about her sexuality. And now Kara is sort of feeling uncomfortable in her own skin, so there’s a lot more sister interaction this season, which is something we very consciously tried to do. We had talked about our favorite episodes, and just seeing Chyler and Melissa together is just so powerful. Whether they’re there for each other or fighting with each other… there’s a lot more late-night pizza and hanging out in the apartment this season. 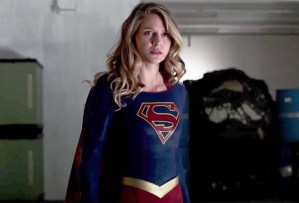 TVLINE | If Kara does have this “Screw Kara!” attitude, and with Mon-El (Chris Wood) not around as a potential distraction, is it safe to say that at least for an early stretch, she will be “the most Supergirl” Supergirl yet?
Oh yeah. When we open the premiere, even the newscasters are like, “She’s kicking ass and taking names!” But as Alex points out, at what cost? You can’t be the best Supergirl you can be if you reject your humanity, because that’s really where your strength lies. Which isn’t to say that Kara is humorless and cold. She’s hilarious in Episode 3, and in Episode 6 we do a big flashback to when the girls were in high school, which is so much fun.

TVLINE | Tell me about some of the romantic highs and lows that characters will be going through.
Well, there’s going to be a surprising new coupling which hopefully people will be excited about; Miss Martian’s returning, so J’onn gets to see his paramour again; and someone down the road will like Kara a lot, which will be a lot of fun. The other stuff, we want people to experience it as it comes. But the focus this year is really on these women, friendship and sisterhood. 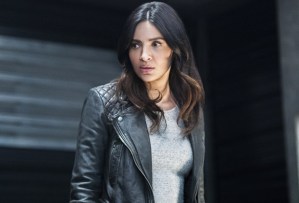 TVLINE | What does “Tony Almeida,” Carlos Benard, bring to the mix as Maggie’s dad in Episode 3?
That was so exciting for me because I’m a big 24 nut. His name had come up before for a couple of other parts and it never worked out, but it seems like things often don’t work out so they can later come play the perfect part for them. I’ve got to say, it’s not an easy part. I don’t want to give too much away, but he’s not always the most sympathetic figure. It’s a very raw episode. Floriana [Lima] and Carlos are so amazing in it, and it’s probably one of the episodes of the series that all of us are most proud of. It’s funny, it’s sad, it’s heartwarming, it’s got cool visual effects. Supergirl is at its best when speaking about the human condition and how we treat each other, so it’s a really special episode — hopefully one that is well-remembered.

TVLINE | Lena (Katie McGrath) is such an interesting character, forever battling her family’s legacy. What is her journey this season?
Lena gets a surprising new job, which is kind of exciting. [Her battle] will continue into this season, and what’s interesting is that Adrian Pasdar (Agents of SHIELD) joins the show as Morgan Edge, and as much as he’s a nemesis for Supergirl, his real nemesis is Lena. [Laughs] He hates Lena Luthor, and he’s sort of out to get her. You kind of wonder how far Lena can be pushed, and what point will she cross the line to do what she thinks is right? 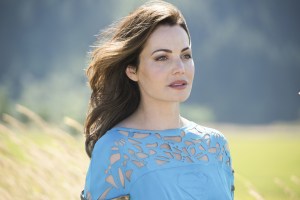 TVLINE | Why was it important to bring Erica Durance on as Alura, to give Kara’s mom a greater presence this particular season?
First of all, we love Laura Benanti, and one of the things we wanted to do this season — because we kind of lost a bit of it last year — was focus on Kara’s remembrance of Krypton. That plays into the whole idea of “Am I alien or am I human!” and she’s thinking more and more about her home. Whether it’s dream sequences or flashbacks or talking to the AI, we wound up having Alura in every episode, and Laura, bring New York-based, couldn’t commit to that schedule, which we completely understood.  We figured the only way to accept the recast was to do it in such a fun interesting way that people would be intrigued, that it didn’t feel like switching Darrins on Bewitched. If Erica had said no, I’m not quite sure what we would have done! But she got really excited about it. Also, we’re doing new things with Alura — there’s an incredibly surprising way that you see her in an upcoming episode that is just a lot of fun.