In ABC’s fantastical new dramedy Kevin (Probably) Saves the World, Jason Ritter’s titular reluctant hero is tasked with — you guessed it — saving humanity. But are you going to save Kevin a season pass on your DVR? 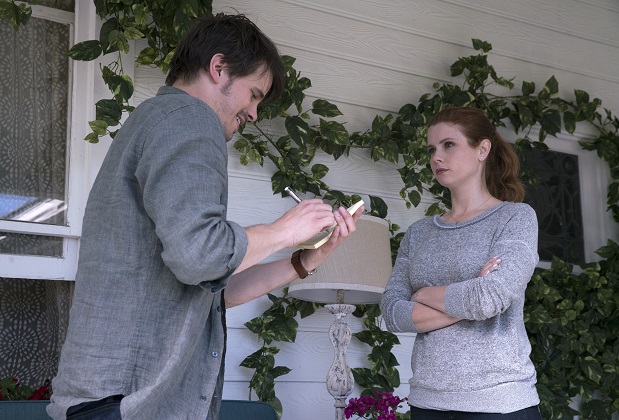 Before you weigh in with your thoughts, a recap of the pilot: The high-concept story opens with meteors crashing all over Earth, including outside of Austin, Texas, where Kevin has recently arrived to stay with his widowed twin sister Amy (Once Upon a Time‘s JoAnna Garcia Swisher) and her teenage daughter Reese (Liv and Maddie‘s Chloe East) after a failed suicide attempt. (“Didn’t take,” Kevin wryly jokes to his niece). Amy is concerned about her brother, but detached Reese gives her absentee uncle — who showed up late to her dad’s funeral and then left early — the cold shoulder.

Back to those meteors… One lands not too far from the family’s home, so Kevin and Reese rush off in the middle of the night to check it out. Meanwhile, aeronautical engineer Amy is whisked off via helicopter by the government to weigh in as a weapons analyst. But the only weapon involved is the blast that propels Kevin when he touches the meteorite. When he comes to, he’s in the car with no recollection of driving home and taking the rock with him. A little later, he sees a blinding light coming from its spot in the backseat — and then “warrior for God” Yvette (Vice Principals‘ Kimberly Hebert Gregory) exits the vehicle.

She explains that, in every generation, there are 36 righteous souls who protect humanity by merely existing. But now there’s only one: Kevin. He must restore balance to the world by anointing 35 new souls with a… hug. “So I’m supposed to go around hugging strangers? Should I just register as a sex offender now or…?” Kevin jokes, to which Yvette replies, “You know what a hug is, right?” 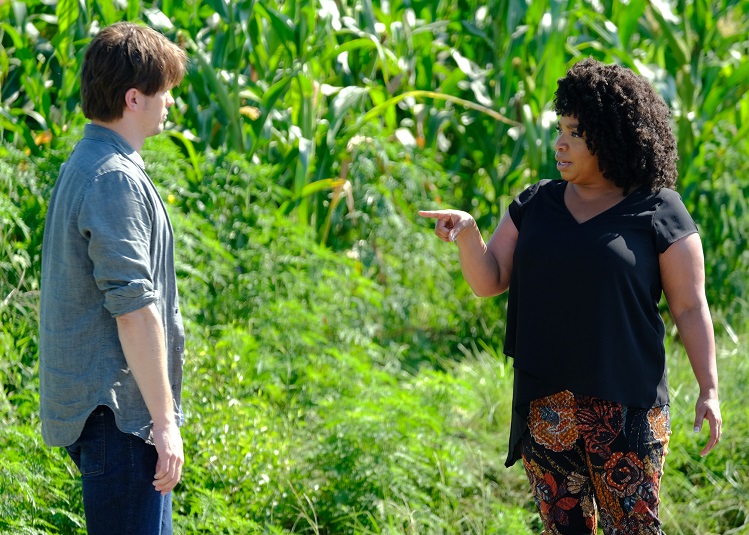 It takes some convincing to get Kevin on board with his higher calling, even after Yvette, as his protector, sends a truck flying overhead so it won’t hit him. In order to find the other righteous souls, she suggests that he build up his spiritual power with acts of kindness and selflessness, like helping his angsty niece.

Sensing that something is going on with her brother, Amy confronts Kevin about his weird behavior. When he tries to tell her the truth, he just ends up spilling long-held secrets, infuriating Amy. Unable to bridge the rift between them, Kevin decides to pack up and leave, but at the airport, he starts to notice signs leading him to another passenger.

“I’m not a good person, but something has changed,” he tells the other man. “And I feel like maybe there’s a point, maybe there’s something to live for. And I’m getting a second chance.” Then he asks to hug him, after which the man reveals that he’s deaf and is selling pencils to support himself. Kevin hands him all his cash, leading the other man to hug him in thanks. But even though Kevin got a feeling, the deaf man wasn’t one of the righteous, Yvette says. On the bright side, Kevin is back home with his sister, Reese is starting to open up, and there are butterflies coming out of the closet — a sign that he’s on the right path. 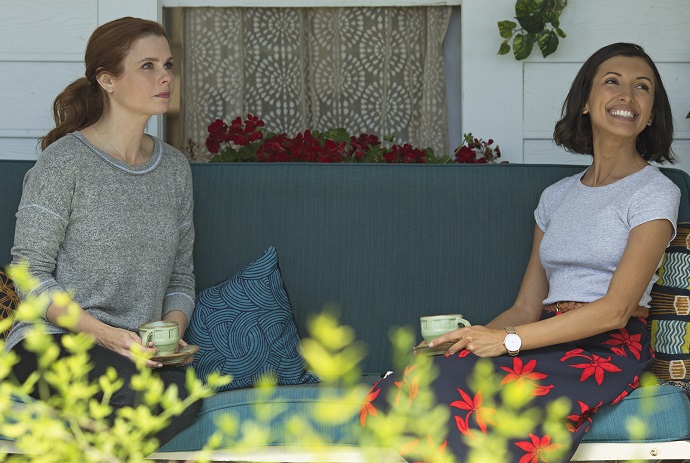 The show’s ensemble also includes India de Beaufort (Jane by Design, One Tree Hill) as Kevin’s teacher ex Kristin — “Are you serious?!” Yvette exclaims when Kevin tries to hit on her while on a quest to help Reese — Dustin Ybarra (The Goldbergs) as Kevin’s high school classmate Tyler and J. August Richards (Marvel’s Agents of S.H.I.E.L.D., Angel) as Deputy Nate Purcell.

What did you think of the Kevin (Probably) Saves the World premiere? Grade it via the poll below, then hit the comments to back up your pick!