Kevin (Probably) Saves the World star Jason Ritter has a superpower — but it has nothing to do with ensuring humanity’s survival.

In ABC’s high-concept fantasy dramedy (premiering Tuesday at 10/9c), Ritter’s titular self-centered hero willingly admits that he’s not a good person. He wasn’t there for his sister Amy (Once Upon a Time‘s JoAnna Garcia Swisher) and niece Reese (Liv and Maddie‘s Chloe East) after his brother-in-law’s death, and he rates “money, naps, girls, sushi [and] muscles” above his newly discovered higher calling. But thanks to Ritter’s charming performance, “even when [Kevin] makes mistakes, even when he’s a little bit flawed, even when he’s selfish, you still want to root for him,” executive producer Michele Fazekas says. “That’s why Jason is perfect.”

“That’s his superpower: He can say anything, and you’re still like, ‘Well, he’s kind of a dick, but I still like him,'” Fazekas adds.

After self-described “warrior for God” Yvette (Vice Principals‘ Kimberly Hebert Gregory) tells Kevin that he is the last of “the 36 righteous souls,” and the fate of the world rests in his hands, he’ll have the chance to prove himself worthy of that adoration.

A NEW BEGINNING | Kevin is “at the bottom” after a suicide attempt, Fazekas describes. “He has lost hope when we meet him at the very beginning of the pilot. Through the first episode, he finds out, ‘Oh, you’re Neo from The Matrix. You’re supposed to save the world, whether you feel like it or not.’ It allows him to sort of cope and have faith in himself, really.” As for tackling the weighty topic of suicide, “we don’t do it in a way [where] it’s, ‘Oh, that’s just a thing in the pilot that we don’t deal with again,'” Fazekas assures TVLine. “We’re really careful about how we talk about it. But we do want to talk about it. We don’t want to make this a taboo subject.” 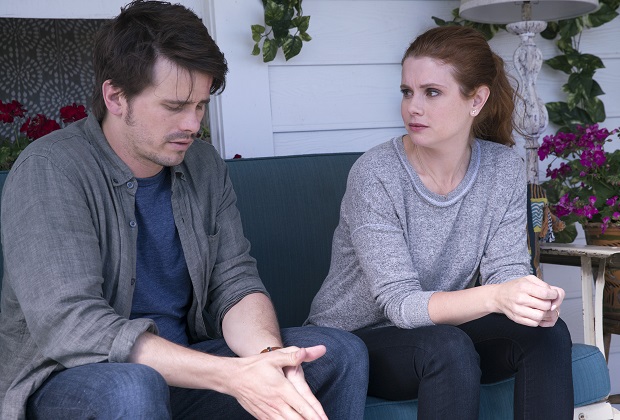 OH, BROTHER! | In the aftermath of his downward spiral, Kevin moves in with his sis Amy, an aeronautical engineer and professor who occasionally contracts as a weapons inspector. When 35 meteors suddenly crash on Earth — one of which, seemingly, leads to Yvette’s arrival — Amy is called upon by the government to weigh in. Even though his sister is somewhat aware that something bigger is going on with him, Kevin can’t be honest about his new calling because “every time he tries [to do so], he tells her all these personal sins and secrets that he never shared,” Butters explains. “He quickly learns, ‘The universe won’t let me tell her.’ So it creates this interesting friction between the two of them.” And if you were worried that Ritter and Swisher might have the wrong kind of chemistry — the two could have easily been cast as each other’s love interests in another series — don’t fret. “They have a goofiness with each other that feels like brother and sister,” Butters says. 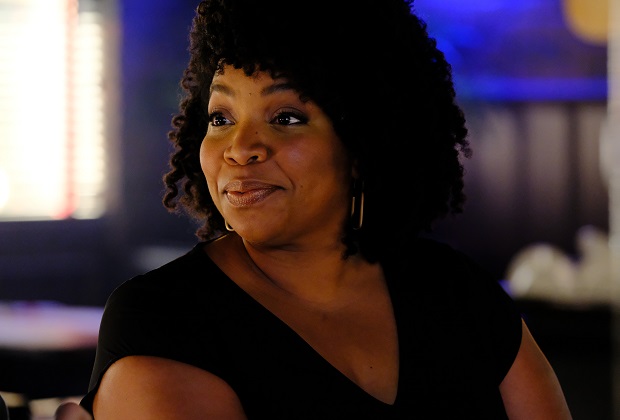 TOUCHED BY AN… ANGEL? | If you’re wondering where Yvette comes from and what exactly she is, well, so is Kevin. “Even when [he] asks her, ‘So what’s it like?’ she’s like, ‘I can’t tell you in a way that you would understand,’ and she’s real close-lipped about it,” Fazekas shares. Does that mean Yvette can’t be trusted to have the best of intentions when it comes to her earthly doings? “She came down here with her own mission,” Butters teases. To that end, “Kevin is a tool in her toolbox. He’s not a very sharp tool,” Fazekas notes with a laugh, “but it’s the only one she’s got. It starts to unfold early on that there’s more to the story, and we’re not hearing all of it.”

THE BIG PICTURE | Rather than getting weekly missions from Yvette, Kevin will find that “the universe is kind of directing him to where he needs to be,” Butters previews. “When you see Episode 2, you can see what that actually looks like. There are signs and clues all around you. You just have to learn how to listen. That’s one of the things Kevin is trying to do.”

Are you planning to watch how Kevin (probably) saves the world? Hit the comments with your thoughts.