NCIS: Los Angeles opened Season 9 by quickly introducing the team to Granger’s replacement, before diving into the crazy idea that North Korea might be launching a missile at the United Stated. Elsewhere, Sam is still, happily on leave, while Hetty has gone AWOL — meaning she must be up to something very covert. But what?

Nia Long joined the CBS drama’s cast as Assistant Director Shay Mosley, who — long story short — has issues with Callen & Co. For one, she shuttled Deeks back to the LAPD, deeming him too street-level to be assisting NCIS with their grand-scale operations. (Luckily, though, shaggy Deeks was needed get the drop on the bomber behind the “North Korea” threat and eventually was allowed back on the team — at least for now.)

More importantly, Mosley thinks that the Los Angeles unit has been playing too fast and loose (and with too much lethal force) for too long. Even though Callen and Sam wound up saving the day, as they do, with a bit of on-the-fly derring-do, she would prefer they pull off “perfect” missions with zero civilian casualties.

Helping buffer Mosley’s hard-nosed demeanor a bit was NCIS Special Agent Harley Hidoko (Andrea Bordeaux), her comparatively docile assistant who is a bit slow in working her outdated tablet but quick to warn the team of what their new boss doesn’t like (e.g. kidding, excitement).

As noted above, Sam did return to the fold, though at the top of the hour he passed himself off as being content living in an RV parked on a beach, scuba-fishing every day while the kids are off at school. But at the end of the day, he explained, if he sat on his hands while something happened to a member of the team — even if it was just Deeks! — he would feel awful. So he resurfaced in time to try defusing a bomb that he and G eventually drove into the harbor. 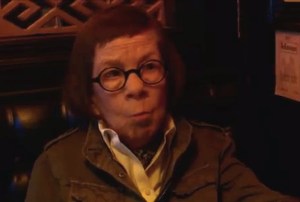 As for Hetty, the team was stunned to learn that she isn’t off searching for Granger but has formally retired — and to back up that story, she has sold off all but one of her residences. But we see in the final scene that Hetty is currently in Vietnam, where at a bar she met up with a contact who provided a photo of a bearded, older, “clearly American” man. That person, the source said, claims to be former CIA and a survivor of a 1969 plane crash that Hetty herself supposedly was the only one to walk away from. This “bogeyman,” lore has it, is a former operative who “got a taste for killing” and has being doing just that for decades, “MIA.” Despite the tale spun by her contact, Hetty maintains that she doesn’t believe in “ghosts.”

Elsewhere in the episode, Deeks sought out his mom to (finally) tell her about his engagement to Kensi, only to find her shamelessly cavorting at home with Guy, her French fitness trainer. Marty then get an earful about how Mom had to hear his good news from Kensi’s own mother!

What’s your knee-jerk impression of Mosley and what did you think of NCIS: LA‘s Season 9 premiere as a whole?