Thursday’s Project Runway ended with a twist of sib-lical proportions.

Yeah, I know “sib-lical” isn’t a real word, but nothing currently existing in the English language can properly convey how excited I am for next week’s Claire/Shawn showdown.

But before I get too ahead of myself… This week’s challenge was to design looks inspired by menswear. More specifically, pairs of designers were given select materials to use, then had to form teams of two with designers who were given different fabrics. (Did anyone else find this whole process a little too complicated? It felt like there was an extra step that could have been cut out.)

Almost immediately, the cracks began to show. “Shawn relied on me a lot in the last competition — it was frustrating,” Claire admitted (in a confessional). “I want to do well. I want to prove to these judges that I have taste, and it doesn’t always lend itself to that when I have to help someone else.” (I know it’s sick to watch a family get ripped apart, but these twins have become so annoying over the past seven weeks, I start smiling like the damn Grinch when Claire said this.)

Of course, the twins weren’t the only designers butting heads this week. Amy and Kenya also clashed — albeit far more passive-aggressively — over issues of time management and overall design. Frankly, it didn’t come as a surprise when the judges ripped apart their looks, comparing them to rejected flight attendant uniforms from another world: 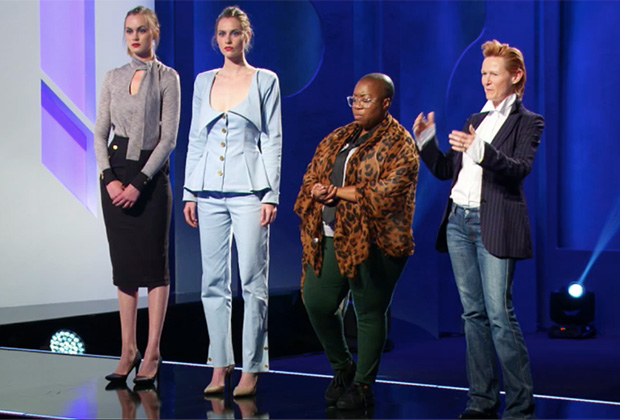 Fortunately for Amy and Kenya, the twins’ designs were received even more harshly. Zac Posen told them he was “big-time disappointed” in their looks, adding that “the world doesn’t need this.” He acknowledged that this was their chance to prove what they could do as a team, and they blew it: 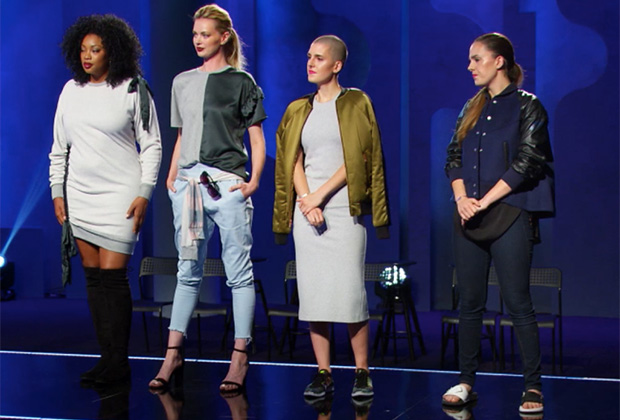 Unfortunately, the judges couldn’t decide which twin to send home, prompting Heidi Klum to announce a do-over challenge — Claire and Shawn will each get one hour to design a new menswear-inspired look. (Wait, why did I say “unfortunately”? This is going to be amazing!)

As for this week’s winners, Margarita and Batani’s team came out on top, narrowly beating the “dream team.” And since the judges went especially nuts over Margarita’s asymmetrical shirt dress (pictured left), she was named the winner of the challenge: 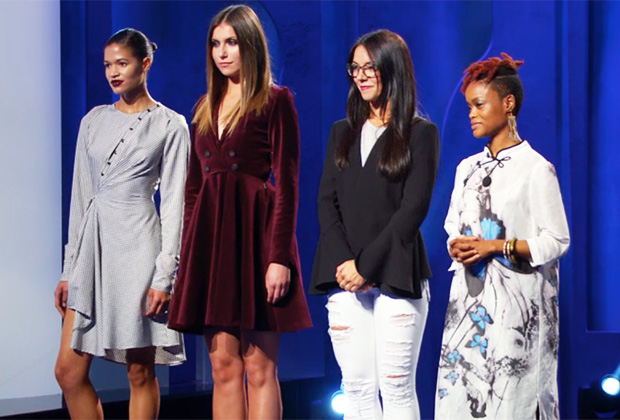 OK, let’s discuss: Was Margarita this week’s rightful winner? Were you surprised by the friction between Amy and Kenya? And, most importantly, which twin are you rooting for? Cast your vote below, then drop a comment with more of your thoughts.