Dancing With the Stars kicked off its first two-night event of Season 25 on Monday by literally kicking off the first couple of Season 25.

Dancing With the Stars Season 25 Odds 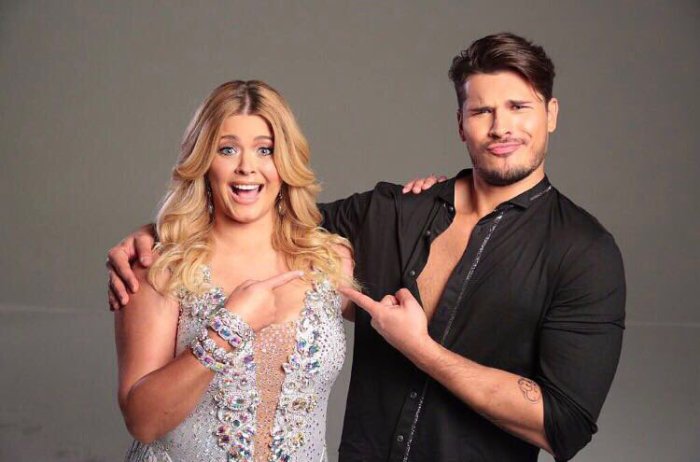 But before we get to the results, let’s see how each of the couples danced tonight…

DEBBIE & ALAN | Despite the judges’ pointed criticisms over Debbie Gibson’s quickstep, they all acknowledged that her positive attitude is infectious. (Score: 20/30)

LINDSEY & MARK | Following Lindsey Sterling’s own bout with depression, the musician was excited to metaphorically — but also kind of literally — transform into a butterfly for her quickstep with Mark Ballas. (Score: 21/30)

BARBARA & KEO | No star had further to climb than Barbara Corcoran, who finished last week’s premiere in the bottom. With her childhood bullies echoing in her head, the Shark Tank star “radiated a new elegance” with her tango, according to judge Carrie Ann Inaba. When asked why she now seems more relaxed with partner Keo Motsepe, she said that’s just what happens when you’re having a “love affair.” Yikes! (Score: 17/30)

NICK & PETA | “Barry Manilow” and “foxtrot” aren’t two things you often associate with one another, but that didn’t stop Nick Lachey and Peta Murgatroyd from sliding around the dance floor — complete with a bit of a wardrobe malfunction — to “Mandy.” (Score: 19/30)

DREW & EMMA | You never want to hear a word like “gangly” in your critiques, but that’s exactly what “fixer-upper” Drew Scott got from the judges after his quickstep with Emma Slater. And unlike the at-home viewers, the judges can’t be bribed with promises of new kitchens. (Score: 20/30)

VANESSA & MAKSIM | Vanessa Lachey turned up the heat this week, resulting in a foxtrot that “could not be foxier,” according to judge Len Goodman. And given how much she put into her performance, can you blame Lachey for sobbing afterwards? (Score: 24/30)

FRANKIE & WITNEY | Frankie Muniz also took a sexier route with his second performance, which Goodman found to be a tad too “aggressive.” (Score: 23/30)

TERRELL & CHERYL | Goodman also threw a damn fit over Terrell Owens and Cheryl Burke’s foxtrot, set to Zayn Malik’s “Pillowtalk,” which he found to be too “raunchy.” Tonioli, meanwhile, struggled to speak he was so hot and bothered. (Score: 20/30)

SASHA & GLEB | Riding high off the announcement of her Pretty Little Liars spinoff, Sasha Pieterse wiped the floor with a Viennese Waltz set to Mary J. Blige’s “I’m Going Down.” Goodman said the couple knocked his socks off, while Tonioli threw words like “luscious!” and “glamorous!” at her — along with a few criticisms. (Score: 23/30)

VICTORIA & VAL | For those who haven’t heard enough of “Look What You Made Me Do,” Victoria Arlen and Valentin Chmerkovskiy busted out the Taylor Swift tune one more time for a dramatic, triumphant tango. (Score: 24/30)

DEREK & SHARNA | Despite being the tallest human for a mile, Derek Fisher was accused of dancing “small” during the critiques of his foxtrot with Sharna Burgess. Goodman added that the former NBA player needs to work on his “finesse and technique.” (Score: 19/30)

JORDAN & LINDSAY | The frontrunners returned to the dance floor for another energetic performance, earning them another top score. (Score: 24/30)

Of course, none of those scores mattered for tonight’s elimination, which was based on the couples’ performances from last week’s season premiere. And thinking back to that night — which yielded relatively low scores across the board — I can’t say I was even the least bit surprised to see Barbara and Keo eliminated get the first boot of Season 25.

Your thoughts on Monday’s elimination? And which pair should go next? Drop all of your thoughts in a comment below.