Chicago P.D. detective Hailey Upton is “in heat” with her partner Jay Halstead — but not in the way that you think.

After a guest arc on the NBC drama, Tracy Spiridakos is making herself — and her character — at home in the Windy City as a series regular for Season 5 (premiering Wednesday, Sept. 27 at 10/9c). And now that the actress is sticking around, that means having to address the elephant in the Intelligence unit: Will Upton and her recently single teammate Halstead have any kind of romantic spark together?

Below, Spiridakos responds to that question and teases Upton’s mysterious past.

TVLINE | When you did the three episodes last season, did you ever think that it would lead to a series-regular gig?
No. I was just really excited to get to be a part of the show. It’s such a great show… I had no expectations. So when it ended up happening, I was obviously very excited.

TVLINE | On-screen, it felt like Upton, after the initial conflict with Voight, really clicked with the unit.
Yeah. The thing with Upton is she’s unapologetic. She goes in, and she does what she thinks is the right thing to do. She’s a good cop, she’s smart, and she will do what she needs to do to protect the people she needs to protect and to catch the bad guy. With Voight, she kind of bursts in, and she’s unapologetic about it. But I think he respected that in her. He respected the fact that she holds her own, and she’s smart, and she knows what she’s talking about. It’s cool how he accepts her at the end of that episode. 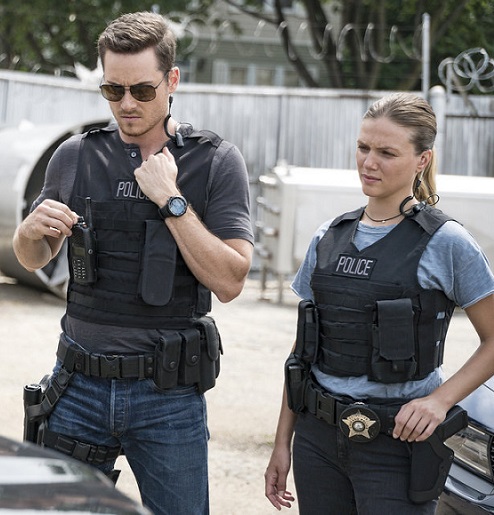 TVLINE | What’s the dynamic like between her and Halstead?
It’s just [a] partnership. I know people have been asking, “So is there going to be…?” I’m like, “No.” I mean, not that I know of.

TVLINE | Is that a partnership where they’re both in the same line of thinking, where they’re very in step with each other? Or is it a little combative, maybe?
They are in heat with each other in the way that they police. If there are any conflicts coming up, I don’t know of them. They’re a good team.

TVLINE | So there’s no romance with Halstead — yet — but are there any romantic sparks with another character?
I honestly know nothing… I know that we will see more of how she became a detective. That’s something that we’re going to talk about later on in the season, so that’s cool. I’m super excited about that. 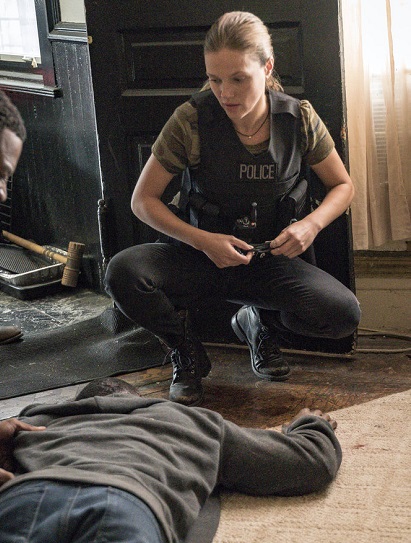 TVLINE | That is a big mystery. We don’t know a lot about Upton in general. What are you learning about her as you’re playing her in these upcoming episodes?
I knew that she was a force of nature, getting into it at the beginning. But what I’m discovering about her is — I touched on it earlier — her being unapologetic. She’s a force, and she knows that she’s smart, and she knows that she’s got good ideas, and she will get the job done. It’s been interesting. It’s been fun getting to know her… I definitely think she’s a badass, but she’s also, [in] her personal life, a little rebellious. I feel like she likes to ride dirt bikes or something, you know what I mean? She’s that kind of chick.

TVLINE | Marina Squerciati’s character, Burgess, and Sophia Bush’s Lindsay developed a friendship as well as a working relationship. Now that Lindsay is gone, but you have Burgess coming back to the unit, might we see a burgeoning friendship between Upton and Burgess?
Yeah, I’m sure. Marina’s awesome! All the girls are lovely and awesome. I had so much fun working with Sophia as well. She’s lovely. Marina and I missed each other [last season], so we didn’t get an opportunity to work together. We had a great day [recently]. We posted a bunch of stuff together. So yeah, definitely on a personal level. But as far as their characters go, they have some good moments together, for sure.

TVLINE | Have you been doing a lot of training or police ride-alongs? Did you have time to do that before you came on in Season 4, or was that something you tackled during the hiatus?
A little bit. Brian Luce is the advisor on the show, and so he’s shown me everything. He’s amazing, and he has taught me throughout… how to hold your gun, how to stand, what you’re looking for, what you’re thinking about and all that stuff. He’s incredible, and I’ve learned a lot from him. It’s kind of ongoing. 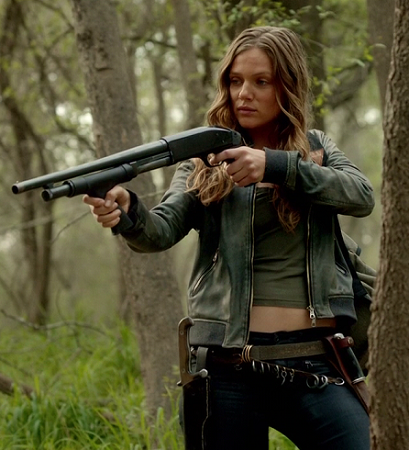 TVLINE | None of those archery skills from Revolution transferred over?
No. Obviously, Upton doesn’t use a crossbow. There were guns in Revolution for a minute. But the difference between somebody that’s never really held a gun before, doing what it was in Revolution, to Upton, who’s a police officer who’s been trained, [is] there’s a different way that you hold it.

Chicago P.D. fans, are you looking forward to learning more about Upton?