In the season finale of The Sinner, Cora Tannetti’s case takes a remarkable turn, giving the dreary “whydunnit” a (relatively) happy ending.

After new evidence comes to light revealing that Cora suffered from extreme emotional distress (more on that later), the judge reduces the charge against her from murder in the second degree to manslaughter in the first. As a result, she is no longer facing a minimum of 30 years in prison but a minimum of two years in a secure psychiatric facility. How’d that happen? Let’s recap:

The hour begins in the basement at the Beverwyck, after Cora recalls the moment that Frankie Belmont accidentally killed Phoebe while administering CPR. Cora is on her knees, overwhelmed by all of the repressed memories flooding back to her. “It was Phoebe all along,” she cries. “I was trying to take her home [that night]. I knew something was going to happen… [Frankie] was trying to save her, and I killed him.” Unfortunately, that’s only one part of the mystery solved. “What about what happened after?” Ambrose asks. “The scars on your arms. The man with the mask.” See? This case is far from closed.

With Cora’s sentencing just a day away, Ambrose sets off to try and find a witness from the night that Phoebe died — or, at the very least, additional evidence to back up Cora’s previously repressed memories. Along the way, the following events occur:

* A DNA match reveals that the buried body in the woods was, in fact, Phoebe’s.

* Ambrose tracks down the men suspected of killing J.D. One of them, Duffy, is cornered and attempts to shoot Ambrose, but before he has a chance to pull the trigger, fellow Detective Sullivan pumps him full of lead. The other suspect is apprehended and reveals that Duffy had murdered J.D., who was running a large-scale opioid ring.

* Later, Ambrose locates Maddie, who had fled town the day after Phoebe was killed to escape from J.D. and hadn’t been seen since. He continued calling her after she left, at one point offering to let her in on a new business opportunity: the opioid ring. Wanting nothing to do with him or his criminal activities, she eventually changed her name and had a baby named Winter.

* After Ambrose goes to the judge with a request, Cora is escorted out of prison to meet him at a familiar residence: Frankie’s parents’ house. He takes her inside for a tour, during which she stumbles into a bedroom and notices a tear in the wallpaper. Peeling off the outer layer, she reveals behind it the distinctive, patterned wallpaper that she recalled from her time in captivity. A flashback then connects the dots, revealing that the man in the mask was none other than Frankie’s father, Dr. Patrick Belmont.

* The aforementioned flashback returns to the night Phoebe was killed, showing that Frankie called his dad to come to the Beverwyck. Patrick sent Frankie home, then he and J.D. buried Phoebe’s body in the woods. Unable to bring himself to kill Cora, Patrick took her home and tied her up in the bedroom, making it impossible for her to escape. Then, after spending months savagely shooting her up with narcotics to ensure that she’d forget the night in question, he dumped her in an alleyway in Poughkeepsie. The injections also explained the scars on Cora’s arms, once believed to be from heroin addiction.

* As for the opioid ring, J.D. had been blackmailing Dr. Belmont all along. In exchange for access to his prescription pad, J.D. agreed not to rat out Frankie or his father about Phoebe and Cora. 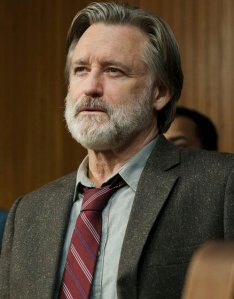 After the judge reduces Cora’s sentence, she thanks Ambrose for all of his help. He responds by telling her that she’ll likely be released in two years and promises to come see her. She gives him a hug, then is escorted to a van to be transferred to a psychiatric facility. Once the vehicle leaves the parking lot, Ambrose exits the courthouse and gets into his car. He sits there for a moment in total silence, as the camera closes in on his still-bruised fingertips. The scene abruptly cuts to black, and The Sinner reaches its conclusion.

So, were you satisfied with The Sinner‘s closing chapter? And should USA Network decide to renew the “limited series,” how would you feel about a hypothetical, Jessica Biel-less Season 2? Weigh in below.