Thwarting a coup of the United States government was not enough to keep Salvation‘s heroes out of harm’s way as Season 1 of the CBS drama came to a close.

Armed with the bombshell that President Mackenzie indeed was poisoned but managed to survive and was being kept safe/hidden, Harris set out to un-install Bennett’s illegitimate administration and get Mackenzie back in the Oval Office.

At Darius’ suggestion — and with the help of Grace’s father, of course — Harris “kidnapped” Bennett, whisking him away to the White House’s protective bunker under false pretenses, after arranging for the West Wing to be vacated at the time. There, Harris assured the bogus POTUS that the jig was up. President Mackenzie meanwhile recuperated enough to resurface at the command center and secure everyone’s allegiance anew. Cunning Chief of Staff Claire would go down swinging, 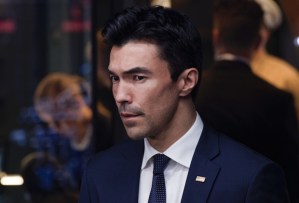 though, pulling a gun on that lying liar Harris in the parking garage, only to get put down by pistol-packing Grace.

Mackenzie’s resurrected presidency would not be an easy one by any means. After trading Darius control of the gravity tractor in exchange for TESS’ powerful code, RE/SYST hacked away to create the illusion that U.S. and Russian aircraft carriers were firing upon each other at sea. And just as Mackenzie was addressing the nation, revealing herself as alive on live TV, the feed was interrupted just before she dropped the asteroid news, by an EBS report that nuclear missiles of multiple origins were bound for the USA.

Mackenzie followed the usual protocol and made tracks for the president’s protective bunker, but not before having Grace and Harris whisked away to Tanz Industries, so that they could seek shelter in the ark hangar — and escape into space, if ever need be. Once there, Grace was devastated to learn that Darius would not be holed away with them, but instead will stay topside to continue working on the asteroid problem. Catching up with Grace outside, Darius explained that he has Huntington’s disease, and that’s why he flunked the genetic screening — besides, with all those brilliant minds around, no one “needs” him on the ark. “I want you in there…. I want you,” a teary Grace argued, before sharing a warm goodbye kiss. 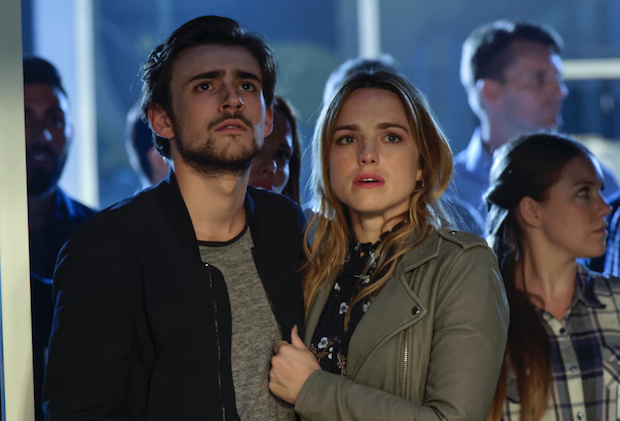 Before those in the air-gapped hangar got sealed off from the world/imminent nuclear war for at least 30 days — invited to “dance” by Darius’ pre-taped message, holographic stars and “Fly Me to the Moon” booming from the rafters — Liam had an epiphany about how to effectively detour the unexpectedly-stubborn, iron-based asteroid, which is still about 120 days away. So he bid Jillian an emotional farewell, eventually rendezvousing with Darius at the Treehouse to crack that nut.

* Was Bennett rescued by minions, or RE/SYST?

* Grace left her daughter behind…? And speaking of kids, Harris’ son is truly, sincerely dead? Or prime to pop up in a potential Season 2?

* The ark’s “three years” of supplies includes clothes, I reckon?

What did you think of Salvation‘s closing salvo? And did the summertime drama leave you wanting a Season 2 renewal?