Two formidable females appear to be facing off against each other in a fresh batch of photos from Once Upon a Time‘s Season 7 premiere. 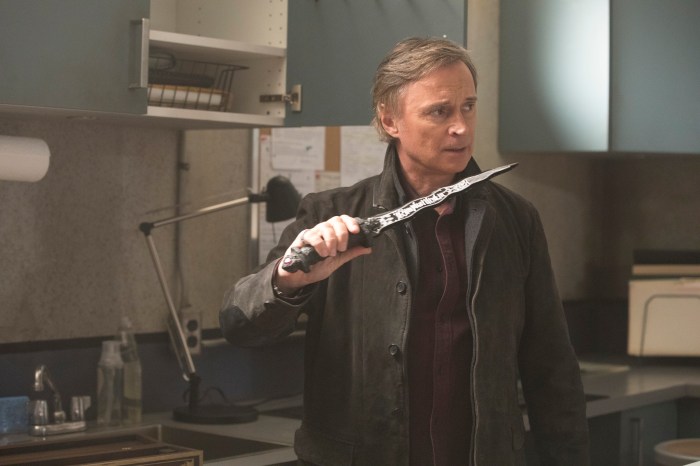 Elsewhere in the new photos (click here for direct access), you get up-close looks at Reign alum Adelaide Kane’s Ivy/Drizella as well as Rose Reynolds’ take on Wonderland’s Alice, while Andrew J. West’s grown-up Henry is seen in multiple realms/timelines, offering Cinderella (new cast member Dania Ramirez) a ride on his hog and aiming to reunite with mom Regina at her real-world watering hole.

In the season premiere (airing Friday, Oct. 6 at 8/7c), ABC’s official logline reads, “Henry leaves Storybrooke in search of his own story. Years later in another realm, he encounters a troubled Cinderella, changing the trajectory of his quest forever. When Cinderella’s evil stepmother, Lady Tremaine, poses a threat, Henry discovers that following his heart will require him to make more difficult choices than he ever could have imagined. Years later, a young Lucy (Alison Fernandez) finds a disillusioned Henry at his home in Seattle, determined to make him remember his true self in order to defeat the curse afflicting the fairytale characters of Hyperion Heights.”