It has been six years, four months (and one day) since your TV screen bid adieu to Tom Welling, as Smallville‘s Clark Kent supersuited up to fly up, up and awayyy.

The actor touches back down, though, on Monday, Oct. 2 at 8/7c, when Lucifer unfurls its third season. As trumpeted at the San Diego Comic-Con, Welling has joined Fox’s supernatural-tinged, comic book-based drama in the series regular role of Marcus Pierce, an accomplished police lieutenant who ruffles feathers at the precinct and with the show’s titular devil.

“The thing I like about [Marcus] is that he comes on a little strong, he’s authoritative and he sort of mixes things up and puts people in their place — especially Chloe (played by Lauren German),” Welling tells TVLine. Lucifer (Tom Ellis), meanwhile, is already a bit rattled after being knocked out and then deposited in the desert with his wings mysteriously restored, “and my character is going to rock his life,” Welling previews with a laugh. “He f–ks it up!”

Since Smallville wrapped in May 2011, Welling was heavily courted to return to TV, but instead he focused on roles in indie films such as Draft Day and The Choice. (A little over a year ago, he was also attached to front a CBS drama pilot about the CIA, though that never came to pass.) So how did Lucifer ultimately win the “super” sweepstakes? 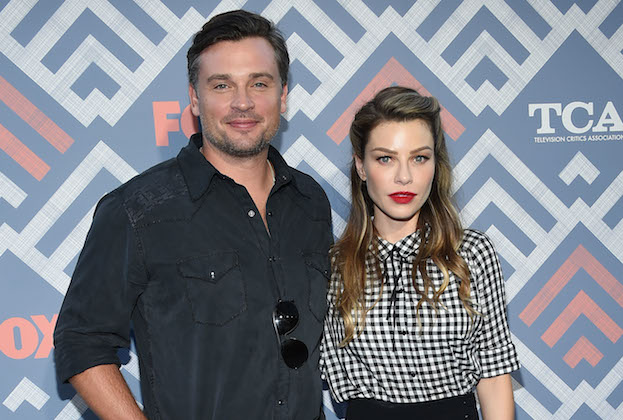 Co-showrunner Joe Henderson says it was “a combination of the right time and the right role,” adding: “Tom is someone that I think a lot of people tried to get back on TV every year, and we didn’t expect to be able to get him, but he was interested. He liked the show, and honestly, we pitched him from a position of passion.”

To hear Welling himself tell it, he was a bit more than “interested” in boarding the Fox series. “I’d sort of been talking to a couple of different networks, but I’d been in front of Fox more. I’ve been talking to them about two other series that didn’t happen, and I like Fox as a network,” he shares. “They called on a Monday, like, ‘We want you for 10 episodes'” — a run that the actor immediately questioned. “‘Yeah, you have to do 10, no less than 10,'” Fox maintained, to which Welling said, unexpectedly upping the ante, “How about 15?”

“I knew the show, and I knew people who’d worked on the show who told me I would love these people,” Welling explains of his counter-offer. Indeed as it turned out, “I love it,” he reports. “I mean, I’m on set laughing. It’s really a joy, as cliche as that can be. I’m happy and proud when I tell people on this show, like, ‘Go watch it!'” 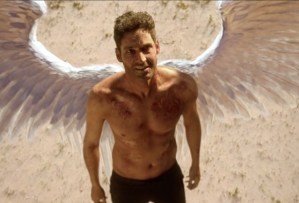 Surely whetting Welling’s appetite was the fact that Lucifer offered him something outside his well-known wheelhouse — this despite Henderson’s personal fandom. “I watched every season of Smallville, but we pitched a role that’s very different from something he’s played,” says the EP. “I think that really excited him.” As co-showrunner Ildy Modrovich puts it, Marcus Pierce “is really not the all-American Clark Kent/Superman that he was in Smallville. Whereas Clark Kent was more of an innocent role, this character’s very much more jaded. He’s more been there, done that, seen it, and he’s kind of moved on to the next conversation while he’s talking to you.”

That no-nonsense swagger will obviously clash with the personal style of Detective Chloe Decker’s devil-may-care consultant. “Pierce is kind of a hardass who doesn’t want to deal with anyone’s s–t,” says Henderson. “While Lucifer is all fun and games, he just wants to get things done.” (Might Pierce’s dedication to the job light a professional fire under Chloe, who early in the season will come to fear that Lucifer is grabbing all her glory? “I like that,” says Modrovich. “Or, it could also just be a good old-fashioned love triangle!”)

What’s more, as Welling’s stint plays out it will come to light that Pierce has a personal agenda that will put him at odds with Lucifer in other ways. But don’t jump to any supernatural conclusions just yet. “For all the speculation about Pierce that I’m sure is going to come out, I’ll say on the record: He’s human,” Henderson reveals. “Now, that doesn’t mean he doesn’t have his secrets….” 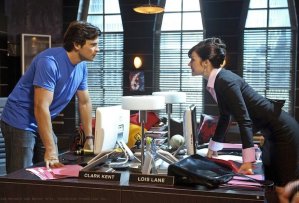 The Police Lieutenant vs. the Prince of Darkness isn’t the only exciting clash born of Welling’s TV comeback. As TVLine pointed out to the actor, his Lucifer run will air opposite that of Smallville leading lady Erica Durance, who on The CW’s Supergirl is taking over the role of Alura.

“Oh, is that right? I didn’t know that…,” Welling remarked. With a very playful wink, he then added: “Well, she’s in trouble!”