In case you were still worried about Castiel’s fate, The CW has released a new Supernatural poster, which reaffirms that the angel’s portrayer, Misha Collins, will be back for Season 13.

The image below features Sam, Dean and their pal Cas, with the tagline “Dawn of Darkness.” (Not to be confused with Season 11’s The Darkness?)

As executive producer Andrew Dabb told TVLine in our Fall TV Preview, “death is not the end for Castiel. It’s a part of his story. That being said, he’s more dead than people usually get on our show when we pick up our season. Castiel has a big role to play for us, but that may not be as soon as some people are hoping.”

As for that darkness, we’re guessing it has something to do with the apocalypse world and a possible new Big Bad: the archangel Michael, played by Let’s Stay Together‘s Christian Keyes in the alt reality.

Supernatural Season 13 premieres on Thursday, Oct. 12 at 8/7c on The CW — check out the full-size poster right here: 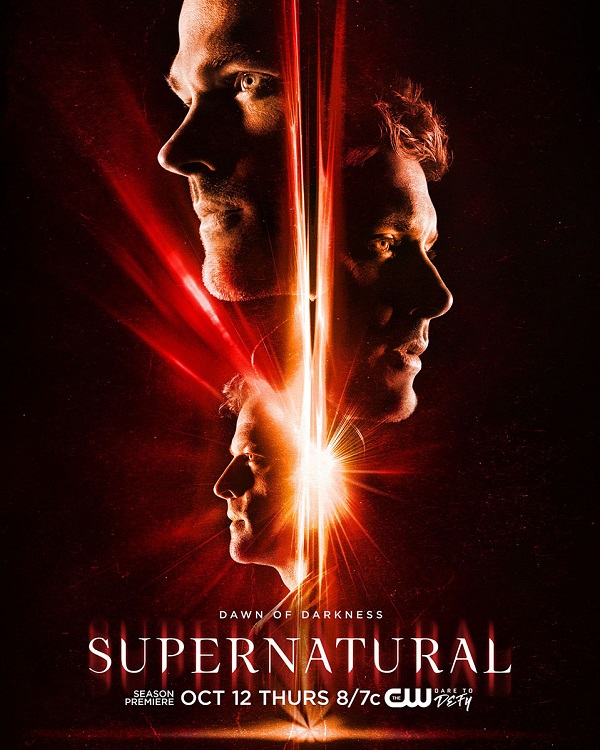