Will an Arrow hero’s swagger cause problems? Who is helping Gotham‘s Bruce “suit up”? Who’s being stalked on NCIS: LA? Which Chicago Fireman might get burned by a bad girl? Get answers to those questions plus teases from other shows.

In real life, any mayor revealed to have a secret child would cause a PR scandal. On Arrow, what will be Star City’s reaction to William? —Yessenia
While acknowledging that the idea of a scandal “is a great idea,” co-showrunner Wendy Mericle said, “We are definitely exploring this notion of what is it like for Oliver to have a kid and be in the spotlight in the city. We are going to be using that as a platform to tell some stories, because it’s just a natural place to go. It gives us an opportunity to tell political stories from a different perspective.”

Will Arrow’s Dinah’s finally, fully embrace the Black Canary identity, or will she struggle with that? —Marcela
Rest assured, with her new costume comes a new confidence. “One of the things that Julianna [Harkavy] has been bringing this season is exactly that,” EP Wendy Mericle told me. “She’s no longer the newbie on the team, she has a definite point of view — and I can tell you that that point of view and her new swagger is going to have some real consequences for the team down the road. Look out for that in the middle of the season.”

Any new intel on The Blacklist? —Marsha
Thanks to Mr. Kaplan’s handiwork, Red’s empire is understandably “decimated” as the new season opens, series creator Jon Bokenkamp tells us. “She really has stripped him down to nothing. And oddly enough, Red’s OK with that. He sort of rolls with the punches and relishes the idea of rebuilding. Reddington loves life, the obstacles, the challenges, and he loves the idea that he gets to reinvent himself.” IN fact, he may have only one concern: “He’s terrified that the contents of that missing suitcase — the bones — may turn up and cause real problems.”

How rocky will Lucifer‘s relationship with Chloe be at the start of Season 3? Will she be pissed he disappeared again? —Maria
As revealed in our Fall Preview Spectacular, when Lucifer returns from the desert, “He has not been gone long, so Chloe could give a s—t,” co-showrunner Ildy Modrovich reports with a laugh. “She’s like, ‘Hey, Lucifer.'” Instead, the partners in crimesolving drift apart a bit when Chloe realizes “that she’s starting to be identified as Lucifer’s partner, and she’s like, ‘Wait a second, 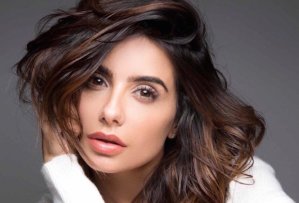 he’s my consultant.’ She’s realizing, ‘Hey, I need to be more present, be more aggressive,’ and so she separates herself a little from personal things with Lucifer. But of course that’s going to be a struggle, because there is such connection between the two of them.” Bonus Scoop: Mikaela Hoover (2 Broke Girls, right) guest-stars in Episode 5 as a social-media obsessed beauty who goes to great ends to (misleadingly?) project a perfect life of luxury.

Any idea on how Julian’s absence will be addressed on The Flash? —Jen
When the CW hit returns on Tuesday, Oct. 10, “You’ll see pretty quickly — there’s a reason why he’s no longer with the team,” showrunner Todd Helbing tells TVLine. As for whether Tom Felton will put in an encore, “There’s always the chance that we can see anybody on this show return. We’ve had a lot of characters come and go for various reasons, and I don’t think this will be any different.”

Do you have a Suits spoiler for us “Darvey” shippers? –Jade
This Wednesday’s finale should elicit a lot of feelings. “Rightly or wrongly, Harvey wants to try to make it work with Paula,” executive producer Aaron Korsh shares. “He knew it was a serious endeavor to do what he was doing, and he’s trying to move forward with that. Donna’s trying to figure out, in response to that, what she’s going to do, how she’s feeling, and those two things are going to progress. We’d like to think that we have a big event coming that is sort of related and interconnected between those two stories in [the finale].” 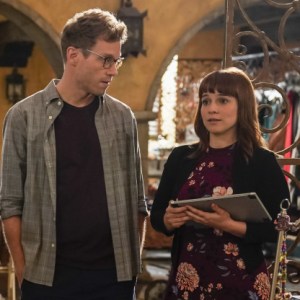 Your NCIS: LA preview was sadly “Nell-deficient.” Got anything? —Kyle
“Nell is being stalked at the beginning of the premiere,” Renee Felice Smith recently told me while… chuckling? As the subplot plays out, “Nell tackles an avocado,” she went on to tease. “That honest-to-goodness happens! So that’s a little inside scoop.”

Can I get any scoop on Chicago Fire‘s Kelly Severide? —carylynn
‘Member how we said Sylvie’s bad-girl pal Hope (new recurring player Eloise Mumford) will set her sights on one of Firehouse 51’s finest? Well, we can reveal that the (un?)lucky man is Severide. “That may not rub everyone the right way, especially one of the firefighters who had a previous relationship with Severide,” showrunner Derek Haas says. (As you may surmise, the rescue squad lieutenant is back to his old ways this season. “Let’s just say that subsequent to Anna’s passing, he’s been comforted by half of the women of Chicago,” Haas teases.)

Do you have any information on Reign’s parents or guardians on Supergirl? —Raissa
Nothing specific as of yet, though it sounds like the CW series will be fully exploring this new baddie. “What’s great about having this villain is that we’ll get to go deeper than we’ve explored other villains,” says exec producer Robert Rovner. “We’ll get a deeper understanding of what makes her tick, which will be exciting for us.” Speaking of foes, here’s what the EP said about Psi, being played by Jane the Virgin‘s Yael Grobglas: “She’s super cool, and she’s a good match for Supergirl. It’ll be interesting to see her going up against Kara.” 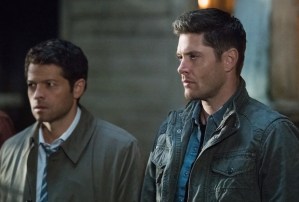 Supernatural‘s Dean lost his mother just after reconciling with her, his best friend and his frenemy all at once. How will this affect him? —Adder
“That’s one of the reasons that Cas is deader than normal, because we want to play with that [grief],” showrunner Andrew Dabb tells TVLine. ” With Dean, especially, everything he’s lost… He feels it hard. He’s put so much hope in building up Team Free Will 2.0 and building up this very cool group of people he’s working with. He’s opened himself up in a lot of different ways with Mary, with Crowley, with Cas, and he’s been punched in the heart about a million times in the last season. So you’re dealing with someone who’s a little bit more guarded, a little bit more jaded, a little bit more not necessarily asking, ‘What’s it all for?’ but certainly asking, ‘Did they do the right thing? Should they have made the sacrifices they made? Should they have asked other people to make the sacrifices they made?’ Those are all questions that are at the forefront of our guys’ minds.”

What is the plan for the 100th episode of Chicago P.D.? Also, how many crossovers can we expect this season, and do any involve SVU? — Quanita
When we spoke to new P.D. showrunner Rick Eid for Fall Preview, the plan for No. 100 wasn’t yet clear. “That’s just probably a month or so out from where we are storywise on our board,” he explained. “But obviously, when you’re lucky enough to do 100 episodes, you want to make it a special one, so that will be our goal.” As for crossovers, you can blame Med’s crazy cliffhanger (and the show’s TBD premiere date) for a lack of any major ones. “It will be more mini-type [crossovers] until the new year, when we can line up the three shows,” Fire showrunner Derek Haas says. “I’m sure Dick Wolf is going to call any day now and say, ‘I want a three-way crossover,’ but it can’t be in the first six [episodes of Fire] because Med isn’t on.”

Tell me about The Missing — is it running or on pause? —Nakanjako
On Starz’s end, at least, there is nothing in the works with regards to Season 3. 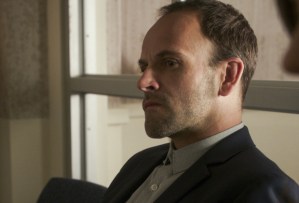 In light of Elementary adding a new male character, should we be worried about Sherlock’s fate post-brain tumor diagnosis? —Mel
You’re assuming the P.I. definitely has a brain tumor. “I’m not telling!” executive producer Rob Doherty laughs before adding, “Suffice to say, Sherlock will have a lot more on his plate. Working as a detective is about to become a lot more complicated for him, and life in general, the brownstone, will become more complicated for him and Joan.” As for Desmond Harrington’s Michael, “At least in the early goings, he’ll be something of a friendly ear for Sherlock, who will be going through a lot. Michael is somebody who’s in recovery and someone who wants to be helpful. But as is so often the case, the deeper we get into the season, we’ll see there’s a bit more going on with Michael than meets the eye.”

Is there any chance that Mel Gibson or Danny Glover will make a cameo on Lethal Weapon? — DianaD
“You know, that sounds like a really, really fun idea, and we’ve talked about it a little,” answers showrunner Matt Miller. “But right now, we don’t have any plans.”

Any updates on Chicago P.D.‘s #Burzek (Burgess and Ruzek)? — Marybelle
Sounds like the exes are keeping things strictly professional — for now. “They still have pretty strong feelings for each other, and there’s still some romantic tension there that may or may not be rekindled,” showrunner Rick Eid concedes. “But I think early on [in Season 5], Burgess is more focused on doing a great job and her career.” 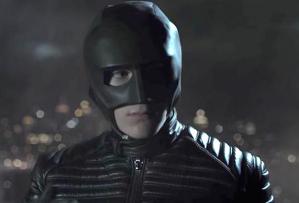 Is Gotham‘s Lucius Fox the one making Bruce’s armor? —Mae Anne
You just evoked the name of executive producer Danny Cannon’s “favorite character”! “Yes, Lucius is beginning to suspect that Alfred and Bruce might have a double life and politely weaves his way in,” Cannon said when I hand-delivered your Q. “Lucius has worked for Wayne Industries and he may work there again one day, and for right now he doesn’t want to see Bruce get hurt. So he finds a way of helping without interfering.”

Are there any Halloween-themed episode plans for Riverdale this fall? —rockurbrain
As showrunner Roberto Aguirre-Sacasa explains, “The tricky thing is we left off the season in the middle of winter, and we kind of pick up right after it. So the timeline is a little bit squishy. But I’ll tease this, and this is all I can say: We are going to do a holiday episode, but it’s probably not the holiday you imagine.”

Real questions, real answers! If you need the Inside Line on a favorite show, email InsideLine@tvline.com! (With reporting by Vlada Gelman, Andy Swift, Dave Nemetz, Kim Roots and Rebecca Iannucci)