Tuesday’s American Horror Story: Cult marks Billy Eichner’s arrival on the street — but will he and his wife make things difficult for Ally and Ivy? (Sorry if bad puns are among your phobias. This recap could’ve used a trigger warning.)

Anyway… Picking up right where the premiere left off, Ally turns over to find a clown in her bed — don’t you hate when that happens?! — sending her into a damn frenzy. (Though, to be fair, “frenzied” is pretty much Ally’s resting state.) After giving their bedroom a thorough examination, knife in hand, Ivy determines that Ally was just being paranoid — but can the same be said for Ozzy, who’s also ambushed by a pair of clowns, only to have the experience dismissed as a “night terror”? 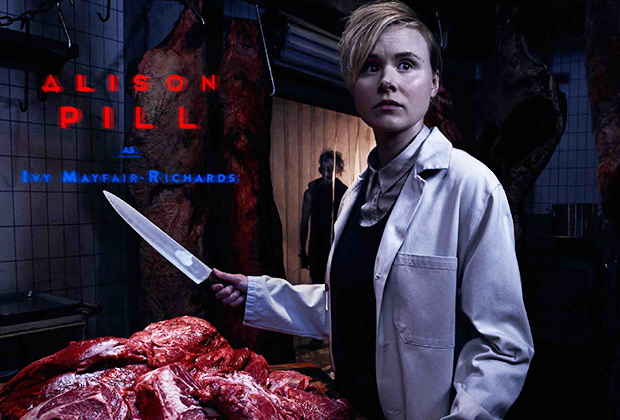 And remember last week when I promised a reason for Kai’s little condom-full-of-pee incident? Well, it turns out the footage of the attack — which conveniently omitted the aforementioned urine bomb — has now gone viral, enough to turn Kai into the face of a “new” anti-immigrant movement. He’s also running for city council, hoping to assume the seat left vacant by Tom Chang, one of the victims of last week’s “murder-suicide.” (It doesn’t take Colton Haynes’ Detective Jawline to see that these events are connected.)

Speaking of things left vacant by Tom, it took less than a week for a delightful pair of beekeepers — Billy Eichner and Leslie Grossman as the eccentric, if not vaguely off-putting, Harrison and Meadow Wilton — to snatch up his house and make themselves comfortable in the neighborhood. Sure, they seem innocent enough with all their talk of Etsy and Beyoncé, but the moment they reveal themselves to be co-vice presidents of the Nicole Kidman fan club’s Michigan chapter, you know they’ve got skeletons in their closet. (Speaking of closets, Harrison is actually Meadow’s high-school GBF. They agreed to get married if they were both still single at 35, and she grants him one night a week in Detroit to do “whatever.”)

And because these poor women can’t go two damn seconds without their lives completely falling to pieces, Ally and Ivy receive an alert that someone — or something, knowing this show — has tripped the alarm at the restaurant. Despite being the worst person for the job, Ally volunteers to investigate, only to discover that one of their (racist) employees has been killed and hanged among the pigs. Actually, he isn’t technically dead upon discovery; in a misguided attempt to take him off the hook, Ally accidentally speeds up his bleeding process, then blames herself for his death. Either way, it’s not the ideal run-in with a co-worker after hours.

The plot thickens when Detective Jawline gets involved, immediately pointing his handsome finger at Pedro, a busboy who argued with the victim earlier in the episode. Meanwhile, Ally’s overwhelming feeling of helplessness inspires her to borrow one of Harrison and Meadow’s guns — any but the pistol that Nicole Kidman used in Cold Mountain, of course. 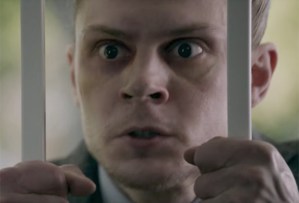 Next comes the last thing Ally needs — a visit from wannabe-councilman Kai, whom she immediately recognizes from last week’s “Enjoy your latte, bitch!” incident. She isn’t exactly eager to promise him a vote, so he leaves her with these chilling words: “It’s so easy until it’s you they’re coming for.” (And let’s be real, you know it’s only a matter of time before she starts buying into his promise of taking away her fears.)

Cut to Ally running around her house like a damn madwoman, while a bunch of clowns (they’re back!) continue to terrorize her at every turn. Even worse, Pedro shows up to give her candles and a phone charger — per Ivy’s request, of course — and she ends up shooting him.

Your thoughts on this week’s Cult? Drop ’em in a comment below.