We’ve got questions, and you’ve (maybe) got answers! With another week of TV gone by, we’re lobbing queries left and right about shows including Marvel’s Inhumans, American Horror Story, Shooter and Zoo!

1 | Did you (or anyone you know) pony up an Andrew Jackson to see Marvel’s Inhumans in IMAX? If so, how many people were in the theater? And did you know to stick around for the “bonus” scene? 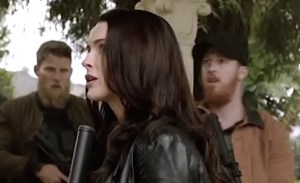 3 | The Last Ship‘s unshaven Green and Miller are starting to look like ZZ Top at this point, right? Or more Duck Dynasty?

4 | In the Power finale, didn’t it feel like Tommy and Kanan put aside years of beef a little too easily?

5 | When will HBO answer our prayers and give Insecure‘s Kelli (played by the sublime Natasha Rothwell) her own spinoff? Or at least her own bottle episode?

6 | When an American Ninja Warrior takes a heartbreaking digger, do you sometimes blurt out a loud exclamation that you worry might bother your neighbors? 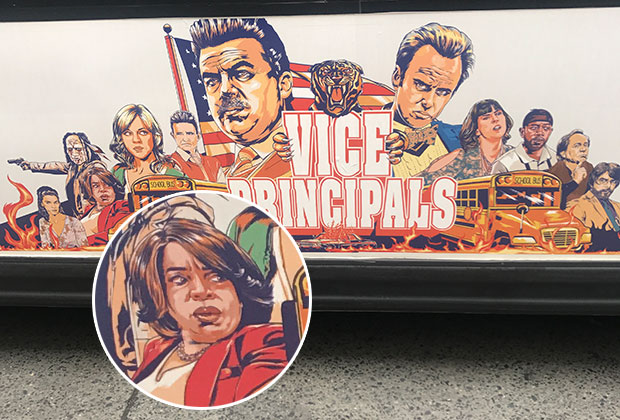 7 | Did HBO forget to remind the designer of Vice Principals‘ Season 2 ad campaign that Kimberly Hebert Gregory is (essentially) the show’s third lead and not, as this poster would suggest, a glorified extra?

8 | Yes, Shooter established that Julie was busy taking pictures of Mary, but wouldn’t a text from Bob Lee have popped up as a notification? Couldn’t he have pulled over to type, “Travis is Solotov — discreetly hide in the ladies’ room”?

9 | Is the sight of American Horror Story: Cult‘s Evan Peters filling a condom with urine, then hurling it at a group of Mexicans, already in the running for one of the series’ all-time grossest moments? 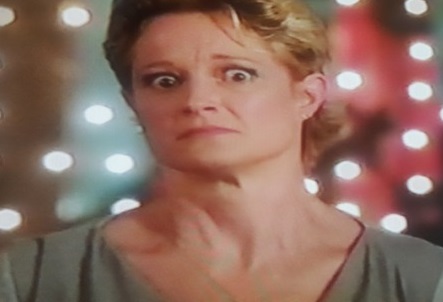 10 | Fosters fans, have you stopped laughing yet at Stef’s reaction to Mariana and Emma’s kiss?

11 | On The Bold Type, are you Team Sutton/Richard or Sutton/Alex?

12 | Salvation‘s Darius sure loves showing the ladies his (ahem) big spaceship, eh? But come on, POTUS left behind a coded transcript of her speech to the nation? Purely to protract the on-screen drama, we assume?

13 | Any other Younger viewers constantly worried that Jay is going to betray Liza and expose her secret (especially if she ends up breaking his heart)?

14 | Didn’t Andy Cohen’s post-divorce interview with Real Housewives’ LuAnn de Lesseps feel less like a cozy chat between friends, and more like a gun-to-the-head, “Do this or you’re off the show” type of deal?

15 | What caliber of celebrity houseguests do you expect CBS’ first Big Brother celeb edition to bring in? Celebrity Apprentice-level, or lower? 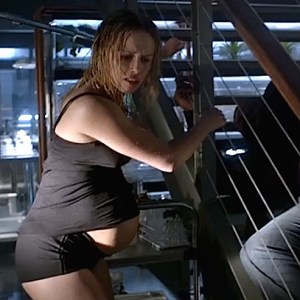 16 | Did Zoo drive you a bit crazy by having super-pregnant Clementine sprinting around the jet, up and down stairs, and at times quickly crouching down to tend to (or drag around!) the wounded?

17 | How funny was it that Battle of the Network Stars competitor John Barrowman — aka Arrow‘s Dark Archer — got bested in archery by frickin’ Brande Roderick? Did Julie Benz appear exactly as “terrified” atop the Dunk Tank as she told us she had been? And in the relay race, shouldn’t the Baywatch lifeguards have had to run in slow motion? 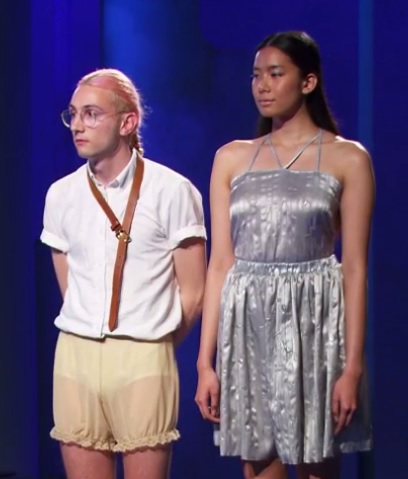 18 | Designs notwithstanding, shouldn’t Project Runway have booted Aaron, if not for wearing see-through shorts, for wearing plain old tighty-whities under them?

19 | During Girlfriends’ Guide to Divorce, did anyone else’s sweet tooth ache every time someone mentioned blackberry Manischewitz?

20 | Is the lack of a colon within Law & Order True Crime bothering anyone else?