In its fourth season, Black Mirror is boldly going where it’s never gone before.

The streaming service also released a picture from “Arkangel,” featuring Rosemarie Dewitt (The Last Tycoon), Brenna Harding and Owen Teague (Bloodline). Of course, the most famous name in this episode is behind the camera: director Jodie Foster! 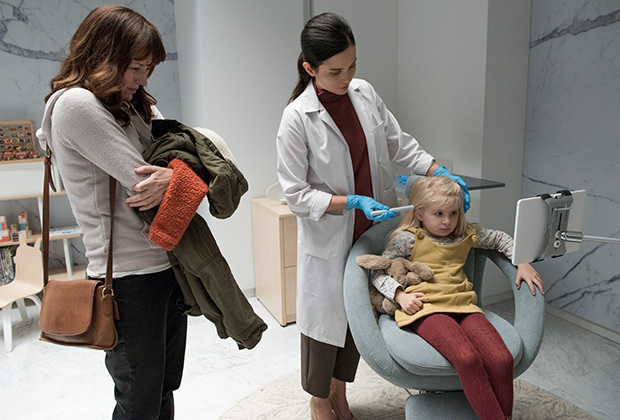 A premiere date for Black Mirror‘s fourth season has yet to be announced — but do these new photos entice you? Drop a comment with your thoughts below.