Lifetime on Thursday served up a bloody good episode of Project Runway — emphasis on “bloody.”

Things began innocently enough, with the remaining 14 designers getting cozy and watching Leap; the animated movie’s “dance, movement and innovation” was meant to inspire their looks. But aside from Brandon, who remained focused in his own personal zen bubble, there was very little grace in the workroom this week.

The first to draw blood was Deyonté, who accidentally pulled a Sleeping Beauty and stuck himself with the needle of his sewing machine. The on-set medic wrapped Deyonté’s finger and sent him back to the workroom, but pain and limited mobility made it difficult for Deyonté to complete his look — a handicap he made sure to mention as the judges picked apart his ice skater-esque pistachio number. (For the record, the only person that liked Deyonté’s look was guest-judge Maddie Ziegler, who said she could see herself wearing it as a “costume.” Womp, womp.)

Fortunately for Deyonté, his “painful” look was overshadowed by Kudzanai‘s “juvenile,” carnival-inspired number, which proved to be a fatal misstep that sent him packing. If you can stomach it, here are the two bottom looks: 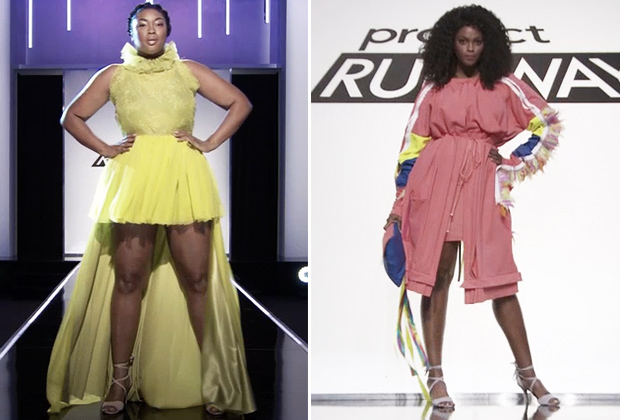 Margarita also saw red when her model was accidentally pricked by a pin in her skirt, though the incident didn’t compromise her chances nearly as much as Deyonté’s did. In fact, the judges loved Margarita’s innovative, summery look. (It’s a damn good thing she decided to flip the top around at the last minute, huh?)

Despite the judges’ obsession with Margarita’s design, however, it was Brandon who left the runway as this week’s big winner. Behold his winning look below: 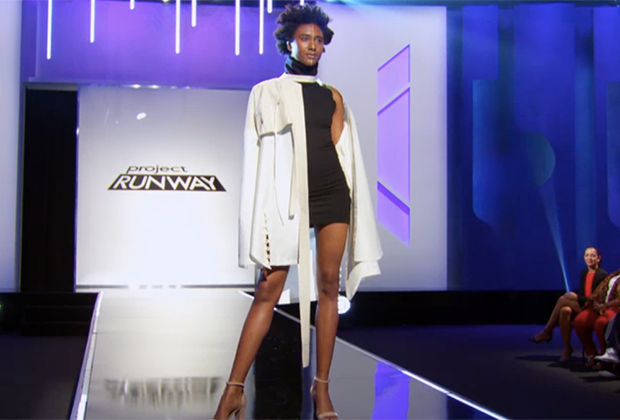 Aside from all of the above, there wasn’t too much drama this week — which is odd, considering two people literally shed blood in the workroom. One segment I did appreciate, however, was when everyone decided to get really honest about Shawn and Claire. Let’s review the best bites, shall we?

* “I’m just tired of the twins running around the workroom like their heads are cut off.” — Kenya

* “Project Runway, stop sitting me next to the twins!” — Kudzanai again

* “Stay away from Red Bull and coffee.” — Tim Gunn

Now that we’ve all had a good laugh, drop a comment with your thoughts on Brandon’s win and Kudzanai’s elimination below.