Suits airs its 100th episode this Wednesday (USA Network, 9/8c), and we can rule out one plot scenario for the big occasion: “There is not going to be a wedding,” despite the fact that Mike and Rachel are engaged, executive producer Aaron Korsh tells TVLine. 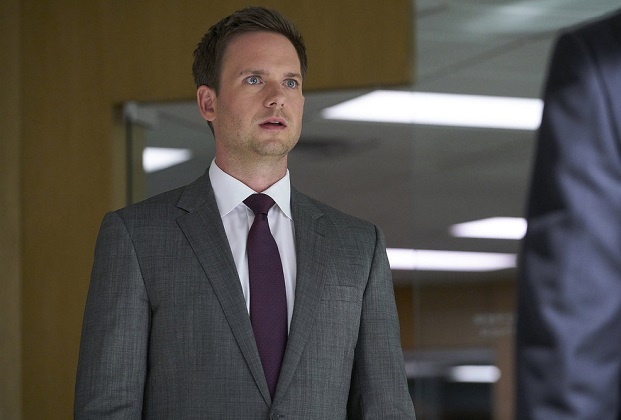 Instead, the hour “splits the difference” between going all-out with a special event and delivering a classic Suits installment with some special touches. “The good news is it’s toward the climax of the case that we’ve been working on this season, so it naturally is a bit more of a dramatic episode,” with Harvey and Mike seeking outside help to deal with their Alex situation, Korsh notes. Then during the writing process, the milestone outing became about more than just an intense legal plot. 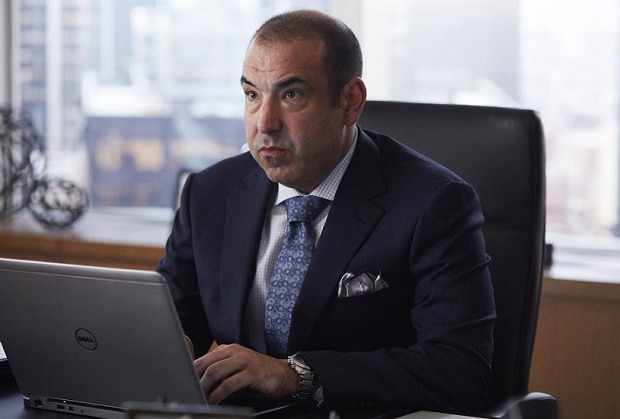 Rather than focusing on who or what is on the other side of that expression, it’s about putting the lawyer “in a situation that we’ve never seen Louis in before,” Korsh previews. “He’s going to have a difficult decision to make as a result. It’s going to have what we like to think is a cool parallel [to what’s] going on with Donna,” who decides “to reach out” to her ex-boyfriend Mark (Jay Harrington).

“It’s going to all [come] together at the end of the episode in an incredibly directed, intercutting scene on [star] Patrick [J. Adams’] behalf,” Korsh raves.

The landmark hour also marks a personal achievement for Korsh, who reveals that he “thought about giving up [on TV writing] many, many times” while struggling “for something like eight years” to get a staff job.

“Once Suits got picked up, I wasn’t really concerned with, ‘Were we going to make it to one hundred? Were we going to get an award?'” Korsh says. “It had exceeded my wildest dreams, because all I had ever wanted was to be a low-level writer on someone else’s show. The one-hundred milestone is so far past where I thought I’d get that it didn’t hit my radar until we were there.”

Suits fans, hit the comments with your hopes for the 100th episode.