We’re guessing Karen Walker is going to be anything but speechless when she catches wind of the latest Will & Grace casting news.

TVLine has learned exclusively that Minnie Driver — who made six appearances as Karen’s acid-tongued nemesis-turned-stepdaughter Lorraine Finster during the NBC sitcom’s original eight-season run — will reprise her role in the Peacock net’s forthcoming 16-episode revival. Driver is slated to guest-star in one episode, production of which begins this week. 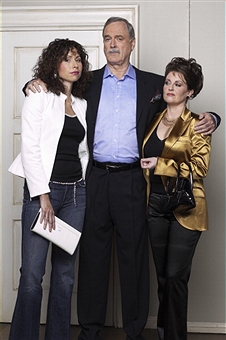 Lorraine was introduced in Season 5 as the mistress of Karen’s never-seen hubby Stanley Walker. After divorcing Stanley, Karen exacted revenge on Lorraine by bedding — and ultimately marrying — her father Lyle Finster (John Clease).

The Will & Grace revival has already been picked up for another 13-episodes, well ahead of its Thursday, Sept. 28 launch date. As previously reported, the series’ original, forward-flashing ending — in which Will and Grace lost touch as they started new families of their own with Vince (played by Bobby Cannavale) and Leo, respectively — will be completely ignored.