Did one of Netflix’s superhero series just come crashing to a halt?

Marvel’s The Defenders released all eight episodes on Friday morning, slowly but surely uniting Matt Murdoch, Jessica Jones, Luke Cage and Danny Rand in a case to keep the ominous global organization known as The Hand from making New York the latest city to fall to its centuries-long whims. A recap, of all eight episodes, follows. Warning, the recap reveals spoilers, as it recaps things that happened, in all eight episodes. Of The Defenders. On Netflix. Spoilers! (Warning.) 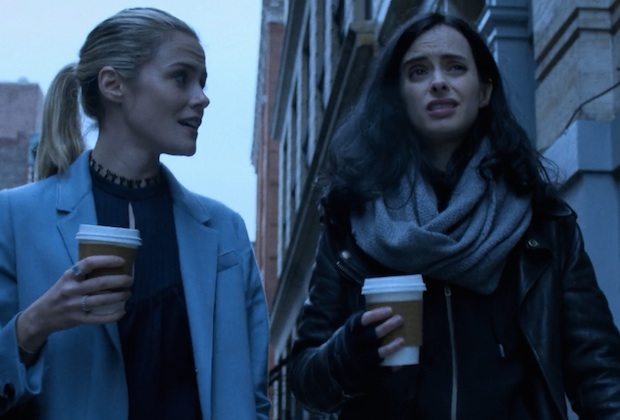 Matt (Charlie Cox) met Jessica (Krysten Ritter) when he showed up as her lawyer, to clean up the mess that was made when her client’s wayward architect husband blew his brains out in the Alias Investigations office, overwhelmed by his role in The Hand’s grand plan. Luke (Mike Colter) and Danny (Finn Jones) in turn crossed paths/traded blows when the former sought to keep a Harlem kid out of the latter’s clutches.

On the villainous side of things, Sigourney Weaver played Alexandra, one of the four remaining “fingers” of The Hand. Her latest stint on Earth was expiring, the last bit of the life-restoring “substance” having been used to bring back Elektra Natchios as the assassin dubbed Black Sky. The Hand’s plan was to abduct The Immortal Iron Fist and use his powerful paw to serve as the key to a locked door located far, far, far below the streets of New York, beneath the Midland Circle building.

It was in a Midland Circle boardroom that Danny, Luke, Matt and Jessica would team up as a quartet for the first time, extricating Danny from a honey trap. The four then hunkered down inside a Chinese restaurant, where in Episode 4 they had a long moment to take stock of one another’s powers as well as get an exposition download from Stick (Scott Glenn). In the wake of a massive melee with The Hand’s assorted armies, Luke survived getting smacked by a bus to return with Hand member Sowande. He would only confirm that Iron Fist was needed as a key to something, before Stick lopped the guy’s noggin off. 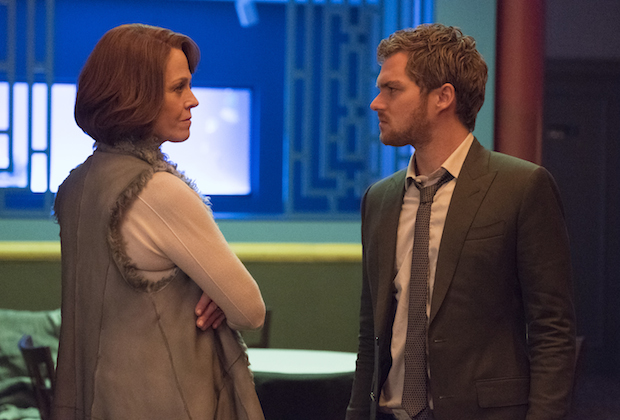 After some tense in-fighting, including some actual fighting, Danny was detained by the others, lest The Hand be able to get their mitts on him and use him for whatever purpose. Stick though, eventually decided there was another way to neutralize the potential threat Danny posed and drugged Luke so that he could go in for the kill. But Elektra showed up to fend him off, KO Jessica and Matt for good measure, and then whisk Danny off to deliver to The Hand, just as Alexandra was about to get the heave-ho.

The end of Alexandra’s reign proved imminent regardless, when in front of the other Hand members Elektra ran her through with her sai and promptly assumed leadership (though as Madame Gao noted, without stopping to think about the lost political/corporate connections that Alexandra had secured in the group’s interest). Whatever the case, that set the stage for the final clashes — Elektra versus Danny in the subterranean chamber below, and then everyone versus everyone, once the locked door to K’un-Lun (great dragon remains included!) had been opened by the Iron Fist. Meanwhile, topside, Claire Temple and Colleen Wing went about planting C4 explosives to bring the building crumbling down upon The Hand and what they were after, with even top cop Misty Knight lending a hand (or more). 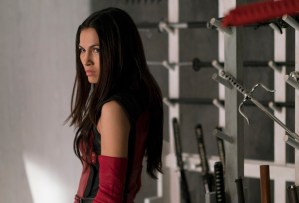 In the end, all Hand members were vanquished, and Jessica, Luke and Danny made it back up to street level. Matt, though, stayed below ground to try to snap Elektra out of it, even as the C4 timer tick-tocked. Elektra eventually agreed that they would be together forever, though in death, as the building exploded and buried them.

So… no Daredevil Season 3 after all? Fake-out! For in The Defenders‘ final moments, we see that a bruised (and presumably broken) Matt in fact did, somehow, at some point, make it out of the rubble, and is now in the care of some nuns — his (unseen) mother Maggie included!

Before you grade the eight-episode series, a quick review of the team-up’s “all-stars” and benchwarmers:

MATT MURDOCH was able to pick up and deal with the fallout of Daredevil Season 2, telling Foggy (and by association Karen) that the Devil of Hell’s Kitchen is someone he needs to be. Matt also got to see Elektra again, and almost bring his great love back into his life.

JESSICA JONES brought oh-so-much glorious snark and sass to the proceedings, whether eyerolling at Matt’s costume or dismissing the bad guys’ mystical end game as “stupid.” The series also took a moment to revisit her onetime connection with Luke, in some fleeting exchanges and then a final bar scene. That said, I still feel her powers are not being displayed as best as can be. (Did she even leap once?)

LUKE CAGE shared a warm post-prison reunion with Claire before all hell started breaking loose, and then made sure to keep her safe once it did. His famous bromance with Danny got off to a rocky start, but the two started to bond over tales of besting dragons and surviving rocket launchers. Also see above re: Jessica.

DANNY RAND was the foundation for much comic relief, as the other Defenders repeatedly scoffed at his especially unbelievable origin story and the whole “chi” thing. But by the end of it all, Danny proved himself a reliable team member, even if his relationship with Colleen was dealt short shrift.

STICK had a larger presence than one might have imagined, and offered the sage wisdom of an “elder” when the newly united heroes started squabbling. He also more than held his own even when cuffed to a pipe by Alexandra and Elektra.

MISTY KNIGHT celebrated her NYPD promotion by always giving the Defenders the benefit of a doubt, irking her boss in the process. In the end, she helped save the day, and for her trouble took a major step in the character’s evolution. (In comic book lore, she was outfitted by Tony Stark with a bionic arm and with Colleen formed the Daughters of the Dragon.)

COLLEEN WING got off to a good start in the early episodes, but then got demoted to the B-team holding room alongside non-fighters such as Malcolm and Karen. Fortunately, she rose to the occasion in the closing hour by pinching the C4 and slaying Hand honcho Bakuto.

CLAIRE TEMPLE, like Colleen, played an integral role as the series got off the ground, brokering a détente between Luke and Danny. And at the end, she joined Colleen in rigging the tower with C4. (But in the previous episode, why wasn’t the nurse applying pressure to Colleen’s slash wound??) 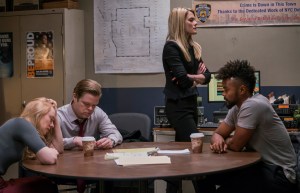 KAREN PAGE seemed to spend almost all of her screen time questioning Matt’s decisions, whereas FOGGY NELSON at least came through with the Daredevil suit at a critical juncture.

When not hosting her talk show and hinting at an earthquake cover-up, TRISH WALKER was on hand mainly to root on Jessica (while failing to pump up her hero image), while MALCOLM DUCASSE saw near-zero character development. (He can spackle!)

Superbly played by a calm-and-cool Weaver, ALEXANDRA was interesting in that her grand plan actually started to get away from her, making her almost-ejection from The Hand rather reasonable. Elodie Yung was mesmerizing as ELEKTRA first returned to live and grappled with her new non-identity, especially evidenced by her conflicted feelings lying in Matt’s bed. Her agenda got a bit muddled, though, once she abruptly seized control of The Hand. MADAME GAO (played by Wai Ching Ho) was magnetic each time she was on screen, and also a force to be reckoned with in a fight. MURAKAMI (Yutaka Takeuchi) was effectively authentic with his all-Japanese dialogue (and masterful butchering of a beast), but only proved a bit more interesting than BUKATO.