We’ve got questions, and you’ve (maybe) got answers! With another week of TV gone by, we’re lobbing queries left and right about shows including Orphan Black, Bachelor in Paradise, The Fosters and Marvel’s The Defenders!

1 | As many sharp-eyed Orphan Black viewers pointed out: Where was Alison and Donnie’s son during all the baby shower festivities? 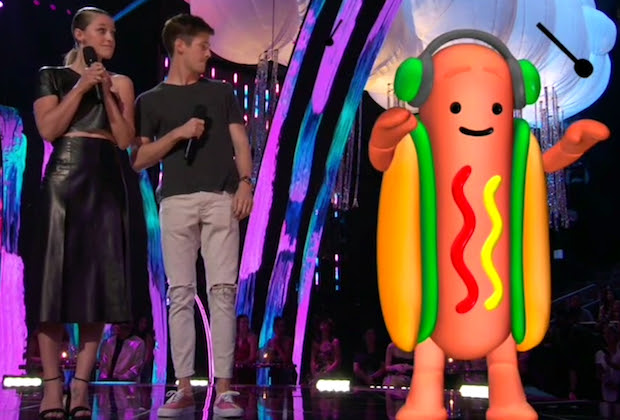 2 | Worst SuperFlash crossover yet? (But don’t Grant Gustin and Melissa Benoist deserve a Teen Choice award for being such good sports?)

3 | On Power, given Angela’s role in Sandoval’s death, how soon before she actually does the deed herself? Also, does Tariq really think that the men he saw kill a woman wouldn’t be able to find him at a boarding school one state away?

4 | Out of Twin Peaks‘ (comprehensible) twists thus far, did the Diane/Janey-E connection shock you most? 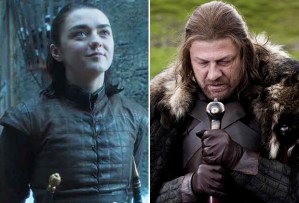 5 | How long were Game of Thrones‘ Jaime and Bronn underwater that, when they came up gasping for air, the battle was already over? Daenerys’ injured dragon sure bounced back quickly after getting hit with that missile, right? (At the very least shouldn’t a visit to the vet have been in order?) Does Tyrion really think that presenting Cersei with a White Walker is going to make her see the light and join the good guys? Is Arya looking more and more like her father these days? And how sly were the series’ writers to slip in a crucial piece of the show’s mythology during Gilly’s musings at the Citadel?

6 | What do we think the connection is between Ray Donovan‘s Abby and Bridget’s mysterious new friend Smitty? Does he have her heart? Were they chemo buddies at Sloan Kettering?

8 | Knowing how things panned out for Bachelor in Paradise‘s Corinne and DeMario, didn’t you feel a little nauseous watching the two of them canoodling?

9 | We’re almost afraid to ask, but where was Preacher taking the twisted Herr Starr’s date when he asked how long she could hold her breath, and had her take off her top and put a stick of butter under her chin?

10 | Are The Fosters’ Cortney and Gabe the last two characters you ever expected to be caught kissing? 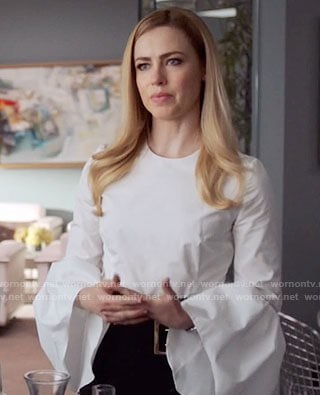 character? Also, will someone assure us that the show’s myriad cardboard box props get recycled in some way?

12 | Suits fans, would you have been as forgiving as Stephanie was after Louis’ apology/explanation? And do you think Katrina stole this white blouse from Jessica’s closet?

13 | Will we ever not hear Mr. Mercedes‘ Bill say, in his Irish brogue, “TARDIS” when referring to his tortoise?

14 | Why do you think NBC’s poorly reviewed Marlon did so well in the ratings — specifically, better than The Carmichael Show itself did two years ago also debuting after America’s Got Talent? 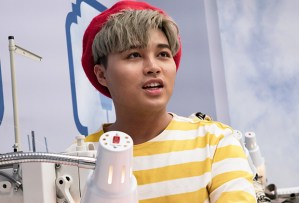 16 | Did poor ChaCha experience the most brutal first elimination in Project Runway history?

17 | Who was Battle of the Network Stars‘ biggest ringer this week: Vinnie Jones in the soccer event or Ryan Peavey at… well, everything else?

18 | Is any Zoo viewer out there able to explain Abigail’s end game?

19 | In the first episode of Marvel’s The Defenders, were you half-expecting Misty to reference her own kitchen hook-up with Luke, when she found her ex mid-coitus at Claire’s? And as a whole, is there a dangerous “K’un-Lun” drinking game to be played while watching the team-up series? 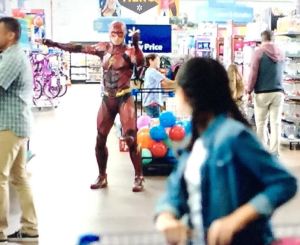 20 | Is this Walmart spot featuring Justice League‘s The Flash kinda cool, or in a way a bit sad?