Masters of Sex‘s Michael Sheen and Doctor Who‘s David Tennant in a buddy comedy? Sign. Us. Up.

The actors are set to star in Good Omens, a six-part comedy for Amazon based on the acclaimed fantasy novel Good Omens: The Nice and Accurate Prophecies of Agnes Nutter, Witch by Neil Gaiman (American Gods) and Terry Pratchett (Colour of Magic).

Good Omens takes place in 2018 when the Apocalypse is near and Final Judgment is set to descend upon humanity. 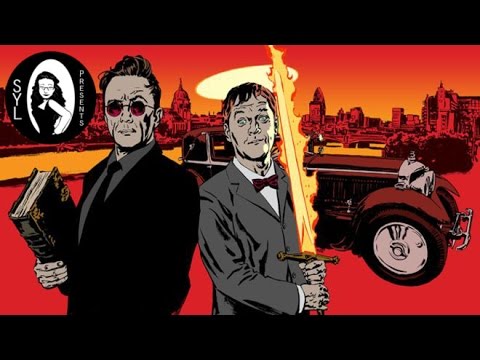 The armies of Good and Evil are amassing, Atlantis is rising, and tempers are flaring. Everything appears to be going according to Divine Plan. However, Aziraphale (played by Sheen), a somewhat fussy angel, and Crowley, a fast-living demon (played by Tennant) — both of whom have lived amongst Earth’s mortals since The Beginning and have grown rather fond of the lifestyle — are not actually looking forward to the coming war.

“I first read Good Omens as a teenager and it’s been one of my favourite stories ever since,” Sheen enthuses. “To be part of the team entrusted with bringing it alive on screen is a bit of a dream come true to be honest. To work alongside Neil, who I think is one of the greatest storytellers of all time, is incredibly exciting. And, just like the rest of the world, I’m a huge fan of David’s so I relish trying to save it with him.”

Gaiman will serve as showrunner on the limited series, which is being produced in conjunction with the BBC.