THE PERFORMANCE | Remind us never to get on Alec Hardy’s bad side.

In Season 3’s penultimate hour, Tennant gave us our best sense yet of how the accumulated atrocities of the Axehampton rape case have weighed on the DI, resulting in an intolerance for dawdling depositions and lying louses. Take his second interview of Ed, whom he curtly counsels to “lay off the smart-ass replies,” or his disgusted disbelief when Ian cops to spying on his victimized wife. There was also Hardy and Miller’s confrontation of Cath’s husband about a curiously timed purchase of rubbers (“When did you use the condoms, Jim?”). In those grillings, Tennant made clear that the time is well past now to root out the serial rapist who most recently attacked Trish Winterman.

But it was Hardy in his duty as father that fueled Tennant’s most intense scene of the hour, when he impulsively (and quite publicly) confronted the lads who’ve been sexually harassing his daughter Daisy.

“You boys, you wee babies… you hurt my girl,” he started in (watch the scene here). “I deal with murderers, brutal thugs and sex offenders, and I win. I get the better of ’em. So don’t for a second imagine I will break a sweat getting you in line.”

Tennant’s intensity (as well as the texture of his Scottish accent) from there gloriously spiked, as Hardy put the little peckers on notice. “If you even talk about my daughter ever again, let alone do anything to make her unhappy, I will find you and I will cut your tiny little c-cks off,” he warned. When one brat questioned the lawman’s threatening stance, Hardy spat back, “I’m a father, and I will do whatever’s necessary to protect my daughter.” And you bloody believed him. 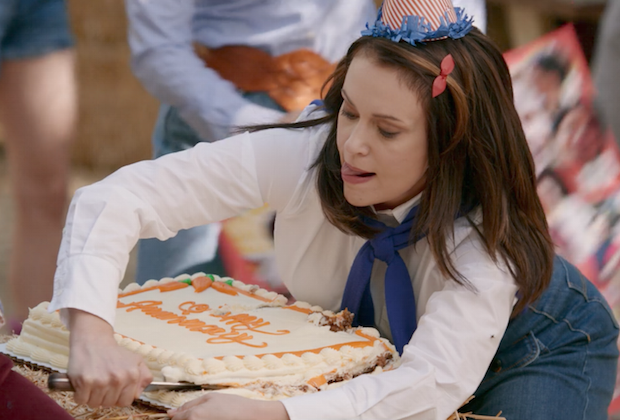 HONORABLE MENTION | We hereby nominate Alyssa Milano for Queen of Camp. In Wet Hot American Summer: Ten Years Later, she rocked The Hand That Rocks the Cradle, playing both nanny Renata’s (fake) sweetness and (real) evil with the kind of “commitment” rarely seen outside of a mental institution. Especially in “King of Camp,” the actress slayed us, her doe eyes widening like a Disney heroine’s as Renata explained away an overheard conversation about when to “kill the baby,” then demonstrated a cake-cutting technique that hilariously resembled a throat-slitting. And, naturally, she nailed the pièce de résistance: the moment in which Renata gleefully revealed to McKinley that she was, just as he suspected, a “blood-thirsty, murderous, bitch-ass psycho.” Crazy good stuff. 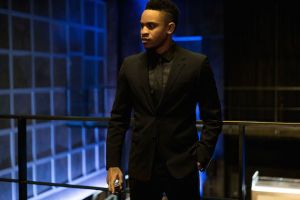 HONORABLE MENTION | We’ve got to give Power‘s Dre credit: Who would’ve guessed a few seasons ago that Ghost’s seemingly chill right-hand man was such a power-hungry backstabber? Portrayer Rotimi deserves all the credit for selling the quiet, observant Dre’s metamorphosis into a lying, twisting, disloyal hustler bent on building himself into a giant. Rotimi’s been laying the groundwork all season, making Dre bolder and harder as the character plays Tommy and Kanan off each other. But in Sunday’s episode, when Dre didn’t even blink while lying to his boss about Kanan being alive, then led Tommy straight to the scene of a murder Dre orchestrated (!) but pretended to have just stumbled upon, we marveled again at how subtle and consistent Rotimi has been in changing his character by grades, making his increased desire for status all the more believable (and hella scary). 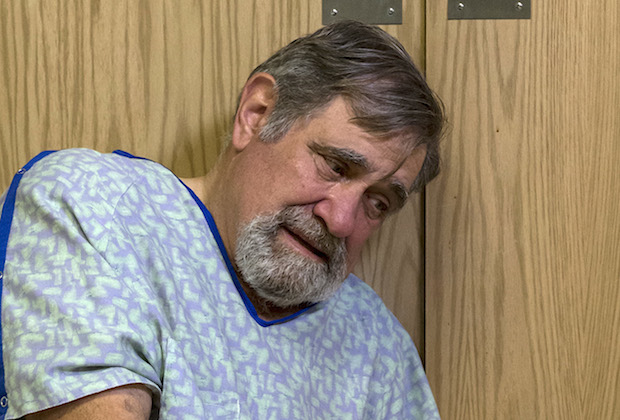 | We had a sense that The Night Shift‘s special episode written, directed and in part acted by military veterans would offer some moving performances, and Wonder Years alum Dan Lauria‘s rose to the top. Guest-starring as Doug Stratton, a Marine Corps vet convinced that his interminable depression is the result of long-embedded shrapnel, Lauria — especially during a mid-CAT scan breakdown — kept us guessing as to whether his character had been driven beyond sanity. But Lauria most tugged at heartstrings when Doug began to find a clarity,  his face (and deep-seated guilt) lightening up, after Paul, Shannon and Scott arranged for other POWs to testify to the important role he played in their survival.