Orphan Black‘s chameleon-like star Tatiana Maslany had such a difficult time parting with the many clones she has played on the BBC America series that she, literally, got a nosebleed while saying goodbye to one of them.

The bloody moment, which came during her final scene as suburban mom Alison, “was so telling in terms of how little I wanted to let go of that character,” Maslany tells TVLine in the following Q&A. (We’ll miss Alison a lot, too.)

Below, Maslany reflects on her 230+ clone appearances over the past five seasons, and previews the “very different” series finale (airing this Saturday at 10/9c), which takes the show “back to a human level.”

TVLINE | There’s a chart on the show’s Wikipedia page that tallies the number of appearances for each actor per season. And thanks to your many characters, your total is 231 appearances over five seasons. Just to put that into perspective, Ari Millen comes in second at 50 appearances.
Oh my God. That’s awesome. 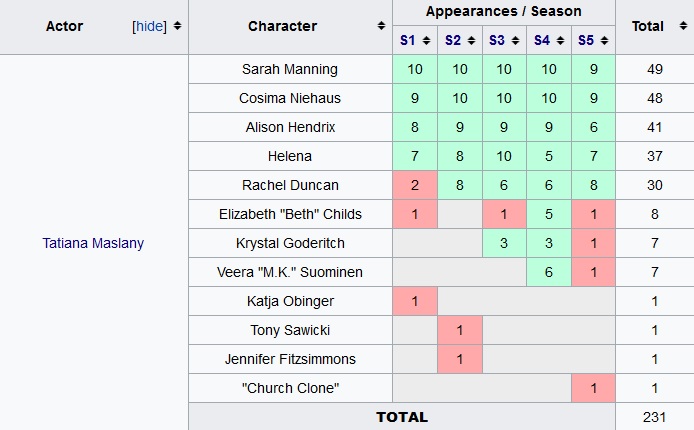 TVLINE | What goes through your head when you hear that number?
I mean, it doesn’t feel unreasonable. [Laughs] ‘Cause I definitely was on set every, kind of, second of the day. So that feels about right. I think I did ten thousand lines of ADR… Nobody should be talking that much. [Laughs]

TVLINE | The very first interview you and I did was before the show premiered, but I think you had filmed all of Season 1. You talked about what a joy it was to play all these characters, but also how exhausting it was. Did it get any easier for you over the years?
Not entirely. I think I was just sort of in shock that first season. I’d never led a TV series, let alone played this many characters, so it was a new thing for me. I think I got used to the amount of work it was, but it’s only now that I’ve got some time off [from] it that I’m like, “Oh, right, this is what sleep feels like. And this is what not, like, constantly having 90 voices in your head feels like.” It’s been a bizarre process of letting go of that amount of work a little bit. 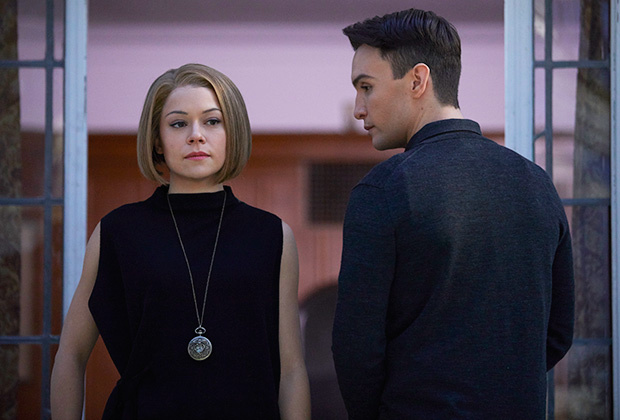 TVLINE | I remember you saying that Rachel was a particularly scary clone for you because you’d never really done that type of character or accent before. By the end, did you feel comfortable in her skin?
I always felt a little bit uncomfortable in Rachel’s skin, but I also just loved her to bits because of that. She definitely wasn’t a natural choice for me, or kind of conventional casting. She really gave me this chance to stretch as an actor and try something different. So I loved Rachel, and I’m so glad we got to keep exploring her.

TVLINE | Looking back at the five seasons, is there a scene that stands out for you as being particularly difficult or rewarding?
There’s some stuff that happens at the end of Season 5. But there have been so many. I mean, I can’t even remember half the things we’ve done on the show. The last episode of Season 5 is full of scenes that were technically complex, emotionally complex. That was a really memorable episode for me.

TVLINE | Speaking of the last episode, how would you sum up the series finale for those who haven’t seen it yet?
I’m interested to see what people think about it. We really wanted to finish it in Orphan Black style, and also kind of surprise the audience. So hopefully, they get some of that. We’ve had some major things happen this season that have broken the hearts of the clones and altered them forever. So we see some of the consequences of that. It’s a really different episode for us, as well. 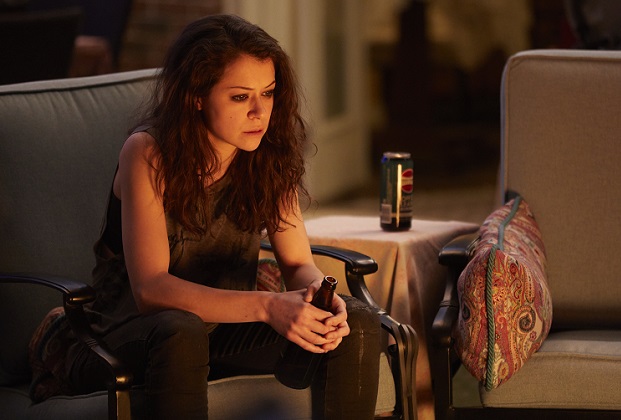 TVLINE | There were some individual clone-centric installments this season, and the finale’s a big one for Sarah. How would you describe her mindset in the episode?
Helena’s in labor, and it’s Sarah in action: Sarah flying forward, trying her best, the way that Sarah always has, just with her own resourceful mind and with this team of people that she has around her, trying to fight for freedom. So that is certainly where we start that episode. But it’s this kind of blind crashing into whatever’s coming at them. 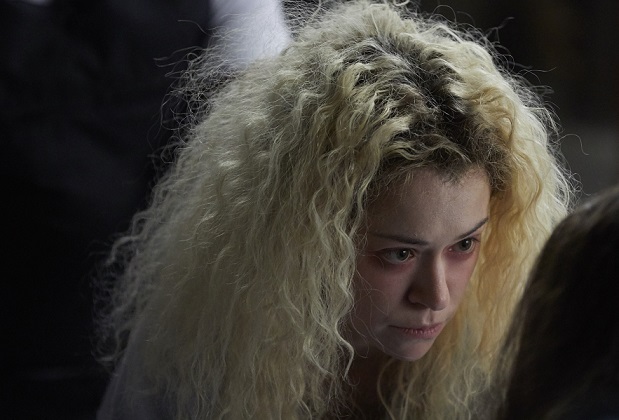 TVLINE | The last episode ended with Helena going into labor. What can you say about her journey in this final hour?
I loved the episode [last week] that was Helena-centric, in terms of seeing a little bit of her backstory that we sort of knew, but also fleshing out this self-hatred she has with herself in the present day, in terms of what she did to her sisters and all of that. At the beginning of this episode, obviously, she’s in labor and in distress. But she’s also firmly holding onto her sister, [whom] she fought so hard to be with over these last few seasons. They’ve had a very difficult relationship in that they’ve both tried to kill each other. [Laughs] But their love is so strong.

TVLINE | You’re so close to these characters, and you’re a producer on the show. How much influence did you have on where their journeys ended? Were there certain things you wanted to see for the seestras?
There are certain things that I wanted, and other things that I wasn’t expecting and loved the surprise of them. I think for all of us, it was about coming back to the microcosm of this family, this chosen family that they’ve all created, and these links that they have, that sense of community. So that was really what our focus was: taking it out of this large-scale corruption of these larger corporations, and bringing it back to a human level. 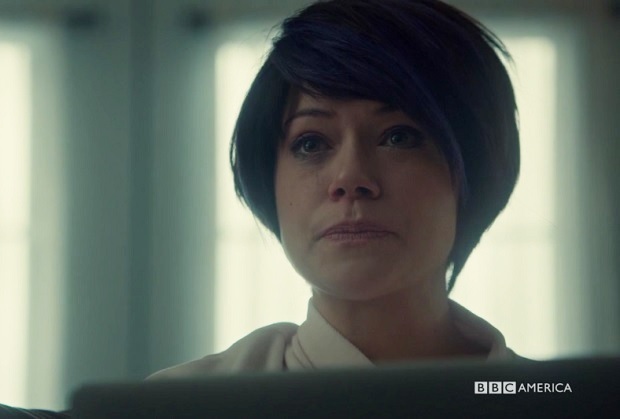 TVLINE | I have a very difficult question for you: Which clone will you miss playing the most?
I think I’ll miss Helena the most, but then Alison as well. Like, my body had a really visceral reaction to saying goodbye to Alison. I was doing a scene that happens in Episode 9, where I’m Skyping with Cosima, talking about Siobhan’s funeral and her death. It was the last scene that I shot as Alison. So I was already so upset, doing this scene, and then also just saying goodbye, and my nose just started bleeding profusely. It was a mess, a disaster. So I was just, like, covered in blood, and that was my last moment as Alison. [Laughs] Which was so telling in terms of how little I wanted to let go of that character. 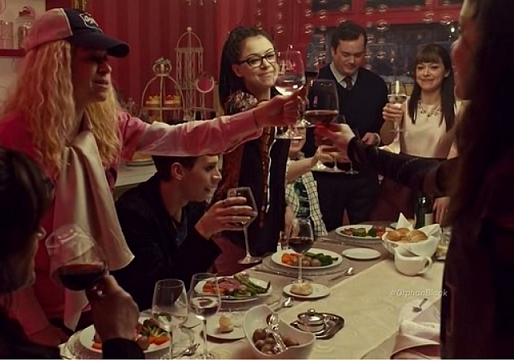 TVLINE | Getting to portray so many distinctive women in one project is such a rare gift. What are you going to take away from this experience going forward?
I guess just a sense of play. There was so much creativity in this project for me and for, I think, all of us. And just continuing to explore that way and be open to the infinite possibilities of what any person could be or what any actor can play. I just feel very open and excited to tackle something new. Not sure what that’s going to be.

TVLINE | After taking on such a monumental task, could you see yourself signing up to do another TV series and committing to another five or six seasons of something?
Yeah, I think so. Maybe not like immediately, but definitely down the line at some point. But I also want to do theater and go back to the rehearsal hall a little bit.