Doctor Who alum David Tennant is almost positive that all the backlash surrounding Jodie Whittaker’s casting as the first female Doctor will prove to be all for nothing.

Tennant, who served as the Tenth Doctor from 2005-2010, paid a visit to The Late Show on Wednesday, where he was pressed by Stephen Colbert on the supposedly controversial hire. Having worked with Whittaker for three seasons on the acclaimed BBC crime drama Broadchurch, Tennant said he was “delighted” by the news, and that all the current backlash is cyclical. 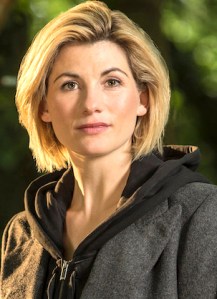 “Whenever the Doctor changes, there’s a backlash because that’s a character people love,” Tennant explained. “People get very affectionate about the Doctor they knew.” Case in point? The reaction his own, “weaselly” casting received when he was chosen to succeed Christopher Eccleston’s Nine. (Tennant’s imitation of incensed Internetters is not to be missed!)

“You know, sure, Jodie is from a different gender than anyone who has gone before, but that will be irrelevant almost immediately once she takes the part,” he said. “It’s about finding the right performer at the right time, and that’s Jodie, without a doubt.”

Press PLAY on the video above to watch Tennant’s full sit-down with Colbert, then tell us if you agree with his sentiment regarding Whittaker’s casting.