Your first look at Mr. Robot Season 3 has arrived — no hacking required.

Not only do we finally have a premiere date for the third season of USA Network’s Emmy-winning cyber thriller — Wednesday, Oct. 11 at 10/9c — but we also have a sneak peek at the violent, chaotic season to come.

In the new teaser trailer above, set to Leonard Cohen reciting the lyrics to his 1992 song “Democracy,” we see New York City under military lockdown, with downtrodden citizens living in makeshift tent cities, anarchists struggling with cops, and criminals in Mr. Robot masks brandishing guns in the subway. Plus, we catch quick glimpses of what looks like Angela in a hoodie and Mr. Robot mask (!), FBI agent Dom DiPierro holding a gun on an unseen assailant, Whiterose sitting sternly in the back of a limousine, Tyrell Wellick intensely chugging a bottle of vodka, authorities searching Elliot’s apartment, and Elliot himself standing outside E Corp headquarters. 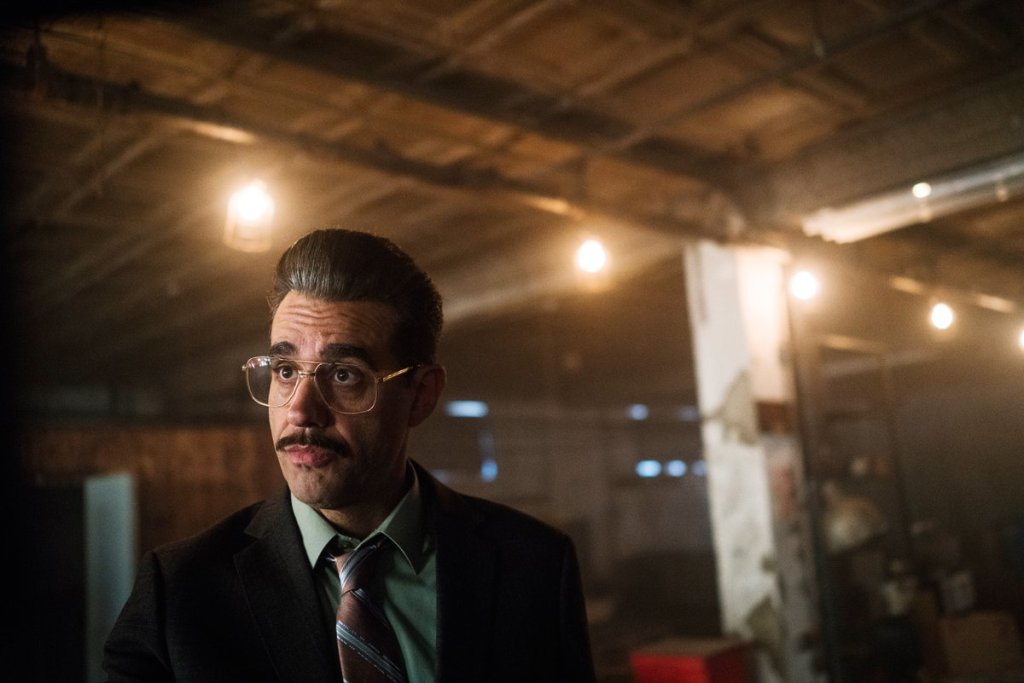 The new season of Mr. Robot picks up right after the Season 2 cliffhanger and “will explore each character’s motivations and the disintegration between Elliot and Mr. Robot,” per the official description.

Press PLAY on the video above for your first look at Mr. Robot Season 3, and point out anything we missed in the comments.