Timeless‘ Abigail Spencer is traveling to Seattle, Wash., circa 2017.

The actress has landed a multi-episode arc on Grey’s Anatomy as — twist! — Owen’s presumed-dead sister Megan Hunt, a character previously portrayed by Bridget Regan. According 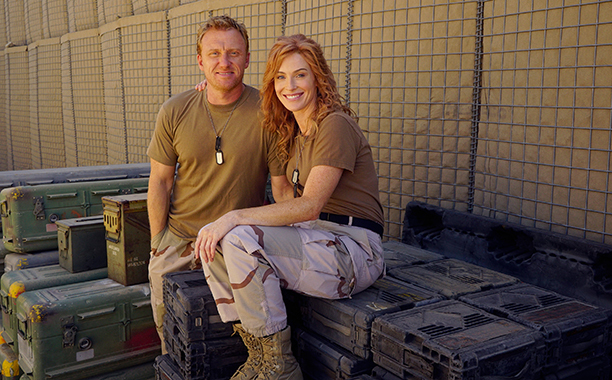 to sources, Regan’s full-time duties on TNT’s Last Ship prevented her from reclaiming the gig.

With Timeless‘ surprise second season not going into production until November (with an eye on a no-sooner-than-March premiere date), Spencer was available to take on the recurring gig. UPDATE: Regan has since addressed the recast on Twitter, acknowledging Spencer as an “incredible actor” who will make a “brilliant Megan.”

Thanks for all the love guys! @abigailspencer is an incredible actor, tip top lady and will be a BRILLIANT Megan on #GreysAnatomy 💓💓

As Grey’s Anatomy‘s Season 13 finale came to a close, Nathan (Martin Henderson) joyfully raced off to join Owen (Kevin McKidd) and Amelia (Caterina Scorsone) for Megan’s arrival by chopper. (Megan “appeared” briefly in the episode, but a body double stood in for Regan.) But her mental state remained a big question mark.

Grey’s kicks off Season 14 with a two-hour episode on Thursday, Sept. 28.