Yes, This Is Us will keep the waterworks flowing in Season 2… and we have proof.

The cast and creator of NBC’s hit drama screened a clip from the upcoming season (debuting Tuesday, Sept. 26 at 9/8c) for reporters at the Television Critics Association press tour on Thursday, and it delivered that same punch of emotion — i.e., all the feels — that made Season 1 such a hit with critics and viewers. 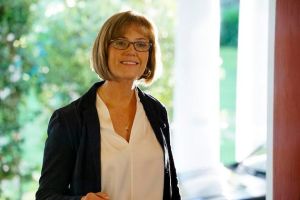 In the new scene — mild spoilers ahead, so skip down if you don’t want to know — Randall (Sterling K. Brown) asks his mother Rebecca (a makeup-aged Mandy Moore) how she and Jack decided to adopt him: “You both just wanted me? Just like that?” Rebecca admits, “It’s complicated,” and we flash back to that day in the hospital: Jack is gung-ho about adopting Randall, but Rebecca resists. (“I was tired, and I was grieving,” she remembers.) But she’s happy that Jack convinced her: “He pushed a stranger on me, and that stranger became my child… and that child became my life. He became you.” Randall smiles at this. (And we break down in sobs.)

When Season 2 picks up, “a little bit of time has passed” for the Big Three, creator Dan Fogelman hints: “We’re picking up with them a little bit later, on their 37th birthday.” (That mirrors the pilot, which took place on their 36th birthday.) But the flashback story, with Jack moving out after a huge shouting match with Rebecca, “picks up basically the day after the finale,” Fogelman says. 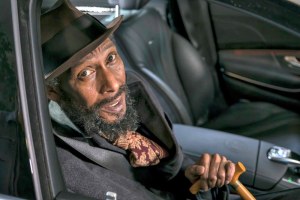 Randall’s birth father William may have passed away in one of last season’s most emotional episodes, but Fogelman teases that he’ll be back in some form in Season 2: “He’s very much kind of opening the season, in his own way.” (Emmy nominee Ron Cephas Jones will return to play the older William, with Jermel Nakia back to play the younger William.)

And as for the fans who desperately need to know how Jack died, Fogelman promises, “In the course of the second season, they will get all the answers they need.” In fact, some of those answers will come right away, with the Season 2 premiere offering “a big part of the puzzle,” he hints. Fogelman has often called Jack’s death “the hinge” that the Pearson family’s story turns on, and he adds: “This season is pretty much about that: that hinge… there’s a lot of healing to be done.”

What do you want to see in Season 2 of This Is Us? (And have you stocked up on tissues yet?) Let us know in the comments.