A “stroll on the docks” takes a haunting turn for General Hospital‘s Sonny, when soap alum Michael Sutton reprises his role as dearly departed Stone Cates — and TVLine has you first look at the most unexpected reunion.

In one of daytime-TV’s most acclaimed storylines, Stone very famously and tragically died in late 1995, of AIDS-related illness. As such, Sutton’s encore — set for Tuesday, Aug. 1 — is shrouded in some secrecy, but TVLine previously reported that it is triggered by Sonny (played by Daytime Emmy winner Maurice Benard), Stone’s onetime guardian/brother figure, going through a time of great crisis.

A Daytime Emmy nominee for his run as Stone, Sutton previously reprised the role for a few days in September 2010, when Robin Scorpio (Kimberly MCullough) was trapped in a well and her true love appeared as a figment of her battered psyche.

Check out on- and off-set photos of Sutton with Benard, above and below. 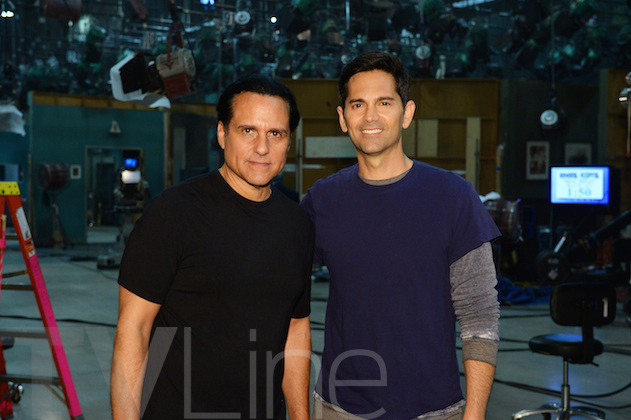