Warning: The following contains huge spoilers for Saturday’s Orphan Black. Proceed at your own peril.

Before her demise, the badass mama obtained from Rachel a paper trail to expose Neolution. An angry Ferdinand, fresh off the realization that his love had betrayed him, confronted and shot S in the chest. But she wasn’t about to go down without a fight: S grabbed a gun she had stashed in the chair cushions and took out the dastardly Ferdinand. (Where do we send our “Thank You” cards?) Clutching a photo of Sarah and Felix as she bled out, S uttered her final, perfect word: “Chickens.”

The emotional goodbye brought everyone to tears at the episode’s table read. “I knew that I would possibly cry, but I totally lost [it],” Kennedy tells TVLine. “I literally just couldn’t stop crying. And I looked up and the whole room was crying as well,” including star Tatiana Maslany, who “was, like, propping me up basically.”

Below, Kennedy explains why her “quiet and deadly” exit was the perfect way to go and ponders how her “chickens” will cope with the loss. The actress also reveals the Mrs. S mystery she’s still trying to decipher. 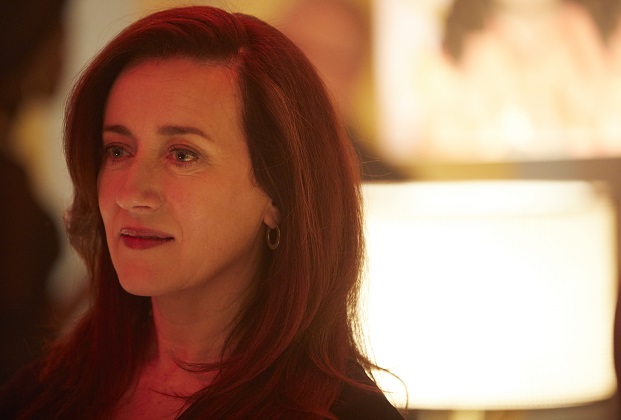 TVLINE | Because crazy things happen all the time on the show, I have to ask you: Has Mrs. S definitely taken her final breath?
Um, well, I die. [Laughs] I have to say that’s true. It’s kind of unbelievable really, the whole thing. There was a lot of people sobbing on set. But yeah, that’s what happened. But I managed to take Ferdinand down with me so my death was certainly not in vain.

TVLINE | Since your character was leaving ahead of the final episode, was it difficult to say goodbye before everybody else was wrapped?
As we started to move from Episode 8 onwards, there were just so many big things that I think we all suddenly realized what was happening. We’d all known from the beginning that it was going to be the final trip, but I guess it really became real to us all then. There was this incredible, just heightened anxiety and sort of grief. I stayed in Toronto because I wanted to be there on the very last night when they said, “That’s a wrap.” Any of us who were there, we all went down to set. They didn’t finish filming until, I think, almost five in the morning. We all just stayed all night, hung around by the monitor and were just together…. But on the night of my episode, when we wrapped [after] we had done that enormous scene with James [Frain] and I, they were so fantastic. They really felt that that in itself was something that really needed to be marked, so we all had a big party. They brought the most beautiful Mrs. S cake and loads of champagne to the set. Again, it was like the middle of the night — I don’t know what time it was, but very late — and we all hung out on set, and then all went back to Tatiana’s together and danced for a few hours to send [Mrs. S] off properly. It was sad, but also a joyous celebration of what had been.

TVLINE | How far in advance did the producers let you know that this would be how Mrs. S’ journey would end?
They rang me before Season 5 began. Graeme Manson, who’s one of the two creators and the chief writer, he rang me. I was in Spain traveling and I got the phone call, and I was like, “Oh, this is going to be something. Why is he calling me on my holiday?” It was, I think, in July, and they had just come upon this idea. They had an idea of where the arc of the story, in terms of science, was going to go, but had to figure out all these journeys for all these people, and he suddenly had this idea about Mrs. S. And I said, “I think you’re absolutely right, and it would be the most incredible bomb.” She knows, ultimately, that she’s the only person who can take [Ferdinand] out. They’ve tried to take him down before, [but] he comes back. It’s not gonna be done unless she does it herself. 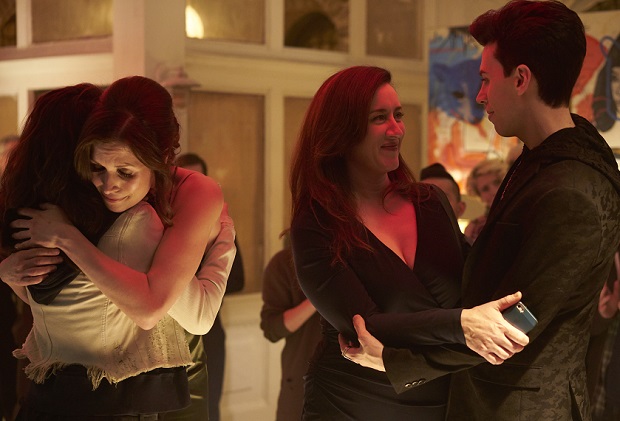 [Her death is] such an extraordinary loss for everybody and such a disruption to that family. The challenge is then: Will they be able to rise from that experience and gather the things that she has given them, the coping skills that she has imbued them with, and be able to take them forward and form lives and maintain relationships for themselves?

TVLINE | For all the bloodshed and the violence in that final scene, the way that she died was almost graceful and poetic. I don’t think I’ve ever seen someone sit down and die so beautifully.
Thank you. I did my best. [Laughs]. I truly think she wasn’t expecting that encounter to go down that way. She thought that he might be the one to take her out, but she obviously was hoping to get to him first. And luckily, they both managed it. I think, dramatically, that was the better choice than all swords and shotguns blazing. It was better that it was more contained than hugely demonstrative. Quiet and deadly, rather than loud and showy, and more frightening as a result. It underlined that fundamental: death is death. It’s over, the person’s gone.

TVLINE | Does Sarah need to suffer a loss that big to force her to step up and accomplish what needs to be done?
I don’t think so. I don’t think anybody ever really needs to suffer that much. But it is in the natural order of things that our parents will die before us, and it shifts our position in the world. My own parents are alive, thankfully, but my husband’s parents both passed away within a few months of each other just over a year ago, and I saw what that really meant up close. You hear people say it often that it’s something that you can’t really understand unless you’ve experienced it, and actually it’s true. It’s not just that someone you love is gone. It’s that your own position in the world changes. You have to step up and truly become the elder then. Truly be that person that’s the leader of the tribe, that’s passing down the wisdom, because you’re going to be the next to go. So [Sarah] doesn’t need for it to happen, but I feel that S has really been working hard to set her up. She’s so much more skillful than S in many ways. In this whole series, you see that really she’s taking on the mantle, and she’s calm and decisive and strategic. 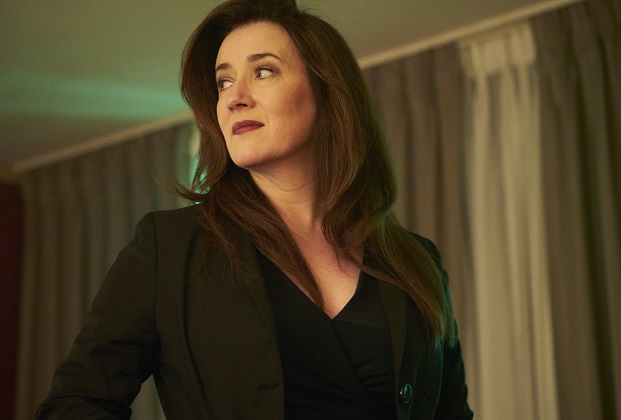 TVLINE | Mrs. S has always been a mysterious character. Are there questions you still have about her that you wish had been answered?
They would never answer it for me, and it’s a question that I often got asked at Comic-Con or places like that, and Jordan [Gavaris] and I used to sit around and make up answers for it ourselves every so often: How did she make her money? How did she pay the rent on that great house and always have food and everything? ‘Cause she didn’t go out to work, right? She lived a reasonable lifestyle in terms of somebody who never seemed to have a job. So that’s just one. Someday, I’ll have a cocktail with Graeme and he’ll say, “Well, actually…” [Laughs]

TVLINE | I imagine she has a stash of cash under her mattress, but I don’t know how she got it.
That’s what everybody says! Everyone goes, “There’s some little Swiss bank account somewhere. She just goes to a little hole in the wall and gets money out all the time.” Lots of people felt that she was secretly growing and selling weed. There were lots of possibilities.