Blood Drive‘s titular race for years had been a subversive affair sneaked to lookie-loos via closed-circuit TV. But as the gauntlet gained a following, evil overlord Heart Enterprises stepped forward with a national broadcast and (gasp/ugh) “notes.”

Julian Slink — the race’s Master of Mayhem — at first waved off the input, steadfastly “trying to retain his integrity as an artist, to come up with something of worth that is meaningful,” says portrayer Colin Cunningham. Or at least “something of worth” as pertains a contest where the cars are fueled by ill-gotten human blood. But in this Wednesday’s episode (airing at 10/9 on Syfy), Slink is pink-slipped and sent to a grisly fate.

TVLine spoke with Falling Skies alum Cunningham about the serendipity that brought him and Slink together, his crafting of so vivid a characterization and the “bats–t bonkers” episode on tap for this week.

TVLINE | I didn’t follow the casting of this series at all, so as I watched the first episode, it got to a point where I was like, “Is that Colin Cunningham…?” On top of everything else, you seem leaner than your Falling Skies days.
He’s called Slink, not Chubs, so I had to drop about 12, 15 pounds, just to get that little bit of the wiriness going on, man. You needed it for a character like that. It took a little while, but it’s an incredible part. The show is freakin’ nuts, but the role is so great.

TVLINE | Series creator James Roland told me that you brought something “extra” when you read for the role via Skype….
Yeah, off-camera I took a big “hit” of one of those vape cigarettes, and as I walked towards the camera it’s slowly coming 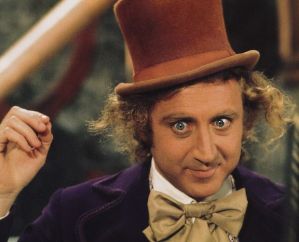 out of my mouth as I speak my first lines. It was fun.

TVLINE | Were there any inspirations, real of fictional, that seeded your portrayal?
Well, Slink’s kind of an amalgamation of four of my favorite actors. There’s definitely some Gene Wilder going on there. You’ve got Tim Curry from Rocky Horror Picture Show. And Joel Grey from Cabaret. But also, very much so, 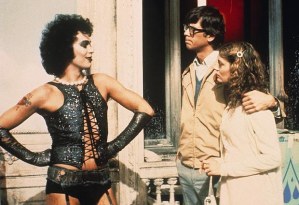 there’s a wonderful character actor by the name of Frank Nelson. He used to work with Jack Benny back in the ’40s and ’50s and his catchphrase was, “Why, yessssssss!” (Watch a “best of” reel here.) If you ever watched any reruns on TV, that was his thing. I got to bring a bit of his spirit into the whole affair.

TVLINE | Did you bring anything to Slink’s look, or was that all the show?
I’ve got to say, man, this is one of those synchronicity/serendipity kinds of gigs. What I wore for the audition, and the make-up that I did, was almost identical to what we did [on the show]. It was amazing. 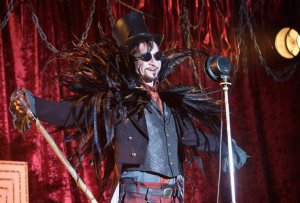 TVLINE | And the top hat…?
This is the craziest story, and God strike me dead if I’m telling one word of a lie: I’m crashing at my parents’ place — my dad was away, it was just me and my mom — when I get this audition. It describes him as having a top hat, and I’m thinking, “Where the hell am I going to find a top hat??” I’m in my dad’s closet going through his clothes looking for this kind of coat, that kind of coat, when I look up on the shelf and there’s a box. I open it up and its a frickin’ top hat! I’m like, “Mommmm! Dads’ got a top hat in here!” She swears, “I’ve never seen that before in my life, I have no idea how that got in there.”

My dad later said he got it years ago for Halloween or whatever, but it was the weirdest thing, man! Dude, it still shocks me. What are the odds of anybody having a top hat in their house?! The whole show has been very much like that. When I got to Cape Town, it was almost like arriving at Devil’s Mountain in Close Encounters, like the cast and crew wasn’t hired but “called” to be there. I was carving top hats in my mashed potatoes. [Laughs] I’m still buzzing from it all — and all for a crazy show about engines that eat people!

TVLINE | What I find 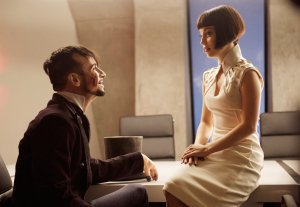 interesting about Slink is that he’s not in total control, he’s not some unchecked overlord. In fact, he’s got some insecurities.
Yep. Yep. I’ll tell you, it’s the absolutely most complex and most dynamic character I’ve ever been gifted; it was like winning the lottery. It was also without a doubt the most challenging role I’ve ever had in my life, because he’s not one guy, he’s 100 guys. And those 100 guys are all different guys within a context. In front of the audience he’s the Master of Mayhem, when he’s talking to Arthur he’s a different guy, in front of Old Man Heart…..He has a relationship with history with every character he interacts with. And then he’s got his own stuff on top of it all. I’ve never worked so hard on something. The challenge was to see if I could pull off even 10 percent of what I went for. This was a no-budget production and you had to hit the bricks running, so I spent weeks working on scenes and variations of scenes….. It was the most creative thing I’ve ever done in my life.

TVLINE | What is Slink’s next play in the name of job security? They can’t kill him because of the “holding deal,” and James Roland said this week’s episode is a bit of showcase for you.
Well, they take the Blood Drive away from Slink, and he’s reduced to absolute bottom of the barrel — he becomes a janitor at Heart Enterprises. He’s got to figure out a way of getting the Blood Drive back, and it’s quite the hoot. It’s one of my favorite episodes because there is so much going on. It’s called “The Gentleman’s Agreement,” and Andrew Hall (as The Gentleman) is fantastic in it, Darren Kent (The Scholar) has an awesome storyline, there’s a monster in it…. Its’ just absolutely bats–t bonkers.

TVLINE | Burning question: the gal we glimpsed a couple weeks ago, with the doll head for a head, is she, like, one of Slink’s girlfriends…?
[Laughs] I refer to her as “the Mrs.” That was the brainchild of James Roday, who directed two of those episodes. The scene was just Slink talking to Arthur and Grace, and James said, “Miss? You over there with the baby’s head….” So she was on my arm. We tried to bring her back but it ended up getting cut or whatever. 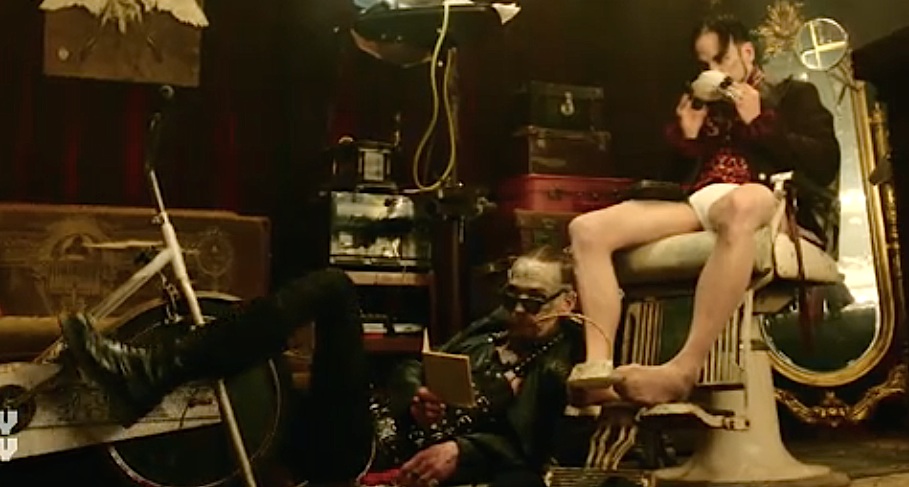 TVLINE | Burning question No. 2: What was going on in the scene where Slink is holding a guy’s tea with his toes?
Again, that was Roday and his insanity, and the brilliant Carel Nel (as Rasher). He wanted to do the scene close up, and then pull back to reveal that Slink is in his “den,” backstage. And we thought, “What if we revealed more than that?” [After several suggestions] it became, “What if I was holding a tea cup in my toes, and Rasher had a long straw going into the tea cup while he was on his back riding a stationary bicycle?” Perfect, go with that! And then it was like, “How about I do it in a pair of tighty-whitey Fruit of  the Looms?” Perfect! That’s how crazy this show was. Creativity incarnate.

TVLINE | Was there anything that you were shocked made it in?
I was shocked, and I’m the one who suggested it. I’m the only [actor] to suggest and to get a full frontal nude shot. I do full frontal, and it’s coming up in Episode 12, “Faces of Blood Drive.” I pitched the idea to David Straiton and it totally works. We did it, we shot it and it made the cut!

Want more scoop on Blood Drive, or for any other show? Email InsideLine@tvline.com and your question may be answered via Matt’s Inside Line.