We are positive you’re are going to enjoy this!

Hulu has released the trailer for Difficult People Season 3, which premieres Tuesday, Aug. 8. Julie Klausner and Billy Eichner are among good company in the star-studded promo, with appearances by Lucy Liu (Elementary), Jane Krakowski (Unbreakable Kimmy Schmidt), Maury Povich (say what?), and a (heated) argument between Eichner and Sulu himself, John Cho.

Press PLAY on the video above to watch all the wacky goodness, then drop down to the comments to let us know which cameo you’re most excited for.

* THR.com reports that the Kristin Kreuk-led legal drama Burden of Truth has recruited Adam Pettle (Saving Hope) to serve as showrunner, replacing the recently departed Noelle Carbone and Adriana Maggs. The Canadian production follows a big-city lawyer (Kreuk) who returns to her hometown to fight for justice for a group of sick girls.

*Ahead of Fox’s Lucifer holding court at the San Diego Comic-Con this Saturday at 1:50 pm PT (in the Indigo Ballroom), TVLine offers a first look at the Season 3 poster made up just for the occasion (click to zoom): 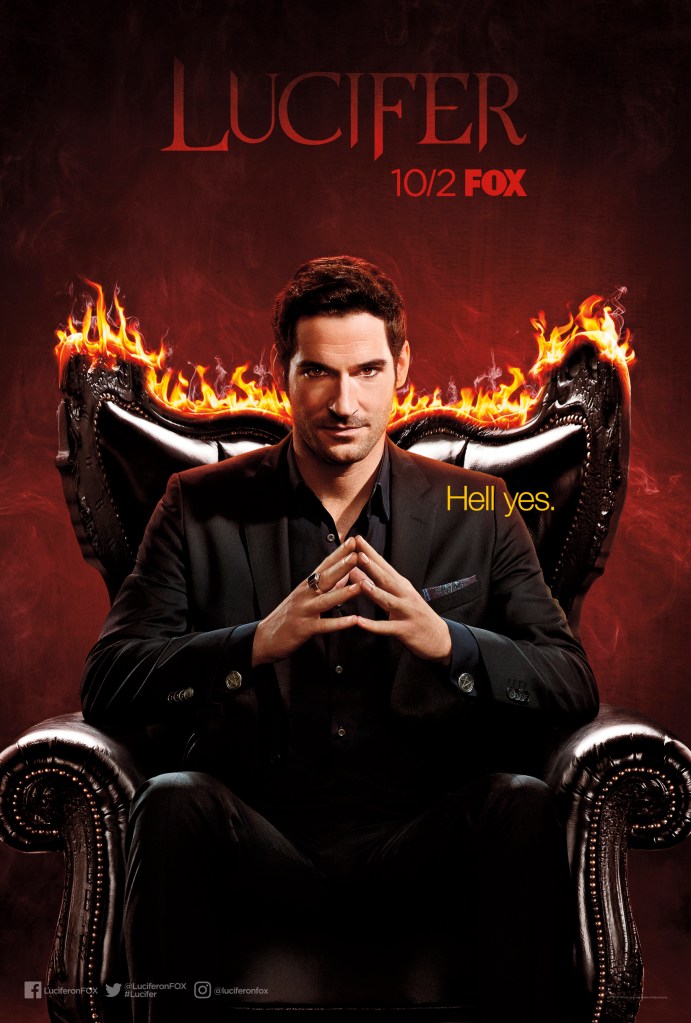 * The Descendants 2: ABC After-Party will air on ABC this Friday at 10:30/9:30c, following the 8 pm, multi-platform premiere of the Disney Channel sequel.